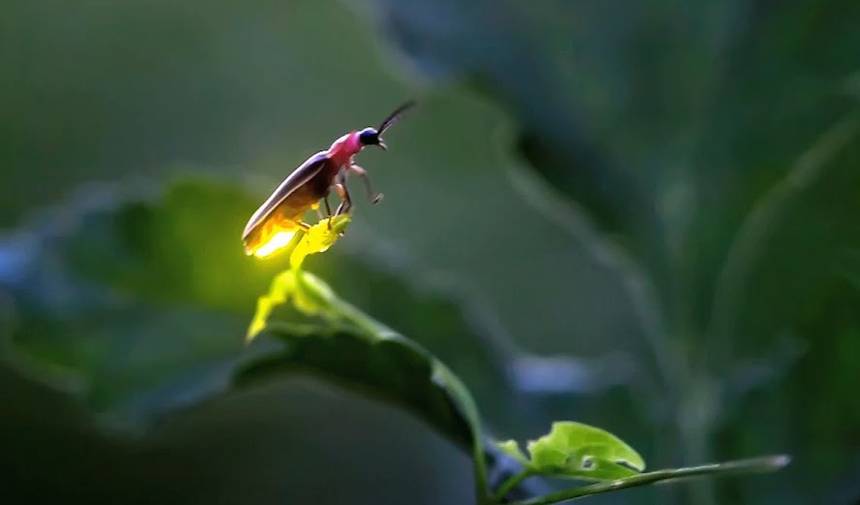 I remember as a youngster growing up in a family of Canadian heritage, how we used to make annual pilgrimages to the land of our ancestors in Canada. My dad was born in Canada, and came to the United States at the age of three years, with his adopted parents.

So, every summer, usually in June, he and our mother would pack us four boys into the family Buick and venture into different parts of Canada, from the Gaspé, to L’Abitibi (Norandeau and Rouen), where our biological grandfather had a farm, to Sherbrooke and Montreal.

Our most frequent visits were to Lac Megantic, in the province of Québec, where our dad’s half-brother and family lived. There were many nights when the family would gather.

One particular night, when I was probably nine or ten years old, we went to visit some family who had a place on the lake. Back in those days – mid- to late ‘50s – children were “seen and not heard.” So, while the adults gathered inside for long conversations, and playing cards, us children would be sent outside to find something to do.

On that evening, I remember the lake being as calm as a piece of glass, and the moon shining brightly. But, what didn’t dawn on me then, but has greater meaning now, was the nearby field aglow with thousands of fireflies. We moved into the field in an attempt to capture some of the fireflies in jars to illuminate the area. It was fun, adventurous, and “gave us something to do.”

I now look back at that evening and think to myself, “what ever happened to all the fireflies?” We used to see some at our camp in Vassalboro, but I don’t think I have seen one in many, many years.

Where have they gone?

Actually, the phenomenon is worldwide. 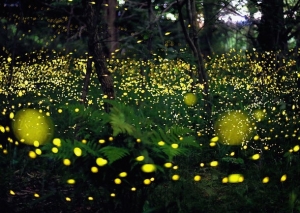 In recent years, all around the world, the lights of fireflies are going out. The dazzling beetles are disappearing from long-established habitats. Often it is not clear why, but it seems likely that light pollution and the destruction of habitats are contributing factors. Biologists are scrambling to understand what is happening to fireflies so we can save them before their lights fade permanently.

There are approximately 2,000 species of fireflies.

However, fireflies are in trouble. In 2019, the Xerces Society for Invertebrate Conservation published a report on North American fireflies, warning that “populations appear to be in decline.” It was co-authored by Sara Lewis, professor of evolutionary and behavioral ecology at Tufts University, in Medford, Massachusetts, and author of a book on fireflies, Silent Sparks: The Wondrous World of Fireflies.

The extent of the decrease is unclear because most firefly populations have not been tracked. The International Union for Conservation of Nature (IUCN), only created its Firefly Specialist Group in 2018. Fireflies are difficult to study: they are hard to find when not glowing.

“The best data we have is from the UK,” says Lewis. Citizen scientists have tracked the UK’s one firefly, the common glow-worm, Lampyris noctiluca, since the 1970s. For most species there are only anecdotes, but they all tell the same story, and biologists who study wild fireflies are convinced.

Recently, Lewis and her colleagues published the first systematic review of threats to fireflies in the journal BioScience. They surveyed 49 firefly experts from around the world, asking them to rank 11 potential threats in order of importance. According to the experts, the biggest threats to fireflies are habitat loss, pesticides and light pollution.

While some animals adapt to life in human environments such as cities, many fireflies need particular habitats, so are vulnerable if those habitats are destroyed.

The congregating fireflies of south-east Asia are an example. The males have flashing lights with which they attract females. They gather at night in a mangrove tree, and flash – whereupon the females fly in and choose mates. In some species the males synchronize their flashes, creating spectacular displays that tourists love.

The second biggest threat, according to the survey, is light pollution. This takes many forms, from bright and direct streetlights to the diffuse “skyglow” that means the sky is never truly dark. Most biodiversity studies have largely neglected light pollution, says Lewis. “But for fireflies it’s front and center.”

The light can make them lose track of the time or their position. The fireflies may struggle to recognize important objects, such as their snail prey. In species where one sex is attracted to the glow of the other, artificial lights may disrupt mating. Finally, really bright lights may dazzle or even blind the fireflies.

Many fireflies display late at night, when it would naturally be very dark. “If there’s a lot of background illumination from streetlights or even skyglow, then their signals are going to be less visible,” says Lewis. These nocturnal species are most vulnerable to light pollution.

Fireflies’ eyes are particularly sensitive to certain kinds of artificial light, says Alan Stewart, of the University of Sussex. His team studied the eyes of British common glow-worms, in which males are attracted to glowing females. The males’ eyes were tuned to the females’ green light, but when blue light was added, the males struggled to find the females. This means new LED streetlights, which are longer-lasting and thus environmentally beneficial, are likely to disrupt the fireflies more than old-fashioned sodium streetlights, due to their blueish light.

The third major threat is pesticides. This never occurs to most people, says Lewis, because they see fireflies only as displaying adults. “People don’t really think about the life cycle,” she says. Most of a firefly’s life is spent as a larva, on or under the ground, or underwater. There, they are exposed to pesticides. Firefly larvae are especially at risk because they are predators, normally hunting small snails, each of which may contain a dose of pesticide. “If people were aware of that, I think they would be a lot more hesitant to spray pesticides on their lawn,” says Lewis.

Beyond these external factors, there are also risks tied to fireflies’ lifestyles. In a 2019 paper published in Biodiversity and Conservation, Lewis and her colleagues highlighted “numerous risk factors.” For instance, adults often cannot fly far – and in some species may not fly at all – so they struggle to move if their habitat is threatened. Many species also have specialised diets, so can starve if their food supply is lost.

The good news is, now we are starting to understand what is happening to fireflies. Some practices, such as the harvesting of fireflies, simply need to stop. Japan has achieved this. In the early 1900s, firefly shops collected the insects, packed them into bags and sent them by bicycle courier to big cities where they were released for people to enjoy. “That put a huge dent in firefly populations,” says Lewis. In the 1920s a young man named Kiichiro Minami figured out how to rear fireflies in captivity, with no scientific training. Minami started releasing the fireflies back into rivers, restoring the population. This is still happening. “Schoolchildren raise fireflies in class and release them into rivers,” says Lewis. While Japan’s fireflies have not been restored to their former numbers, they are a conservation success story.

Beyond that, Lewis identifies three actions that should help every firefly species. First, she says, “if there’s a place with firefly biodiversity or abundance, try to preserve that habitat.” Not all of us can do that, but one thing anyone who lives near fireflies can do is reduce light pollution. “Turn off your lights during firefly season, or just turn off your lights in general. Have motion-detector lights that only come on when you need them.” And reduce the use of pesticides.

People can also help by reporting firefly sightings. Anyone in North America can do so by joining the organization Firefly Watch, which has been running since 2010.

With care, many of us may one day have fireflies sparkling in our backyards again. It is so sad that our children and grandchildren have never seen a firefly, and may never. By doing what you can to help save fireflies, it will give you something to do.

Which pitcher holds MLB’s record for the most career no-hitters?