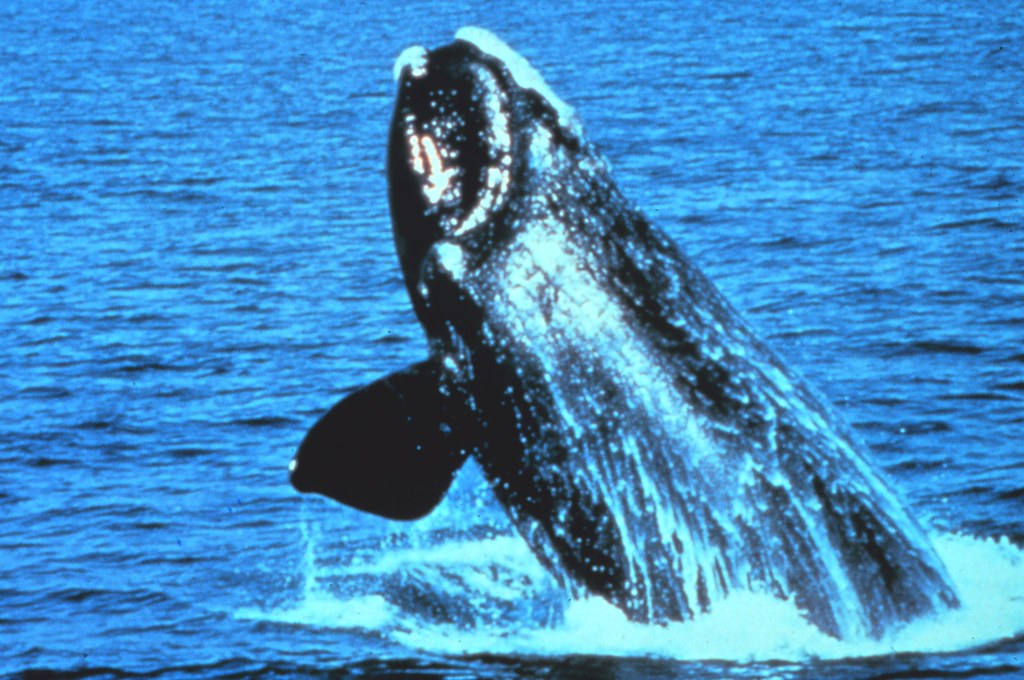 There has been a lot of discussion and controversy lately about the plight of whales in the North Atlantic, in particular about the Right Whale, and their interaction with lobstermen.

Aquarium researchers, Associate Scientist Orla O’Brien and Research Assistant Katherine McKenna, flew a five-hour flight on April 25 focused on how survey altitude affects researchers’ ability to detect whales. The New England Aquarium primarily flies aerial surveys over the waters south of Nantucket that are designated for offshore wind development, but this week’s flight in Massachusetts Bay was a strategic effort to better understand how to merge survey data collected before, during, and after wind energy construction. Surveys that occur during and after wind turbine construction will need to be flown at a higher altitude to account for the turbine height, which is about 800 feet. This special survey was flown over Massachusetts Bay and Stellwagen Bank National Marine Sanctuary because these areas typically contain many whales, giving researchers the best opportunity to collect the data they need to address questions about changes in flight altitude.

“On this special flight, we flew each track line at a lower and higher altitude. Comparing these data, and data from previous flights, ensures that we can correctly identify and interpret any changes in the number of animals seen before, during, and after construction,” said Dr. Jessica Redfern, Senior Scientist and Chair of the Aquarium’s Spatial Ecology, Mapping, and Assessment (EcoMap) program.

“We were really pleased to see so many whales and collect valuable data needed for our project. Massachusetts Bay and Stellwagen Bank are hotspots for whales, and we were grateful to our research colleagues for helping us collect valuable information on this flight,” O’Brien said.

While wind turbine construction in southern New England has not yet begun, the surveys help monitor changes in animal populations, identify various animal species, and recognize trends using standardized data that has been collected over many years. Determining where right whales occur and how they are using these habitats provides crucial information that can be used to better protect the species. Aqua­rium scientists are also monitoring the occurrence of sharks, tunas, and billfishes in the offshore wind lease areas.

North Atlantic right whales are a critically endangered species, with an estimated population of less than 350 individuals. The whales travel hundreds of miles while searching for tiny crustaceans, which they feed on in large volumes. Warming waters in the northern Atlantic Ocean have led to shifts in right whale habitat use, with the animals adjusting where they feed off the northeast U.S. and Canada. Southern New England waters have become an increasingly important habitat for the species in the past 12 years.

The New England Aquarium is the main source for this article.

Who has hit the most career home runs for the Boston Red Sox?

Roland’s Trivia Question for Thursday, May 12, 2022Search for wolves in northeast
Scroll to top