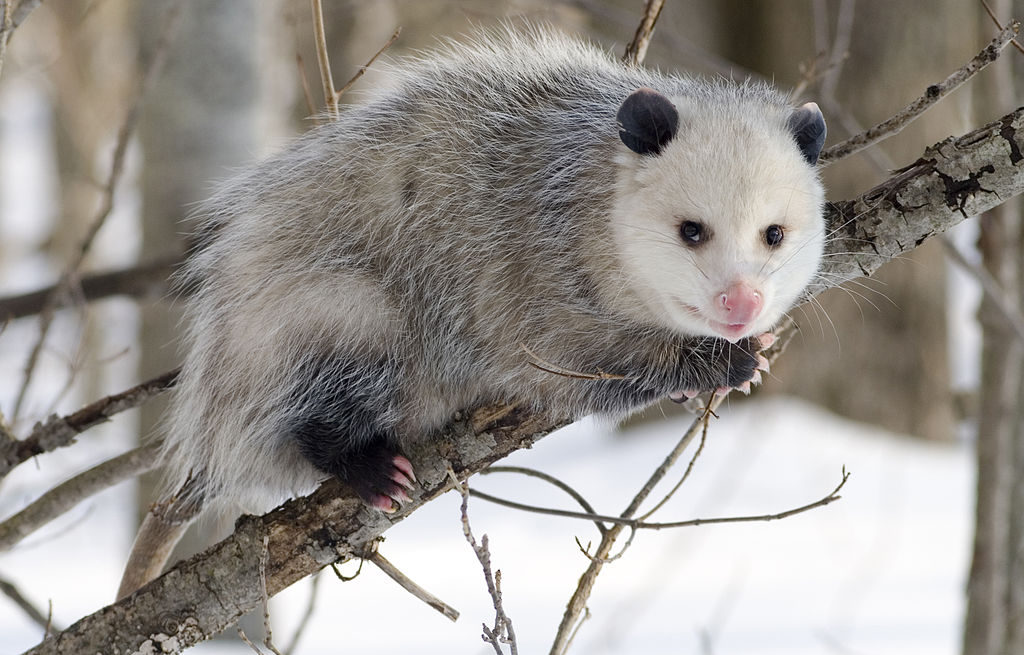 “What’s for suppah, Granny,” is the question that comes from members of the Clampett family on the 1960s TV series, The Beverly Hillbillies.

Not exactly appetizing if you ask me.

So, let’s get this question out of the way, right now.

First crawdads, or crayfish. They are delicious, but that’s a story for another time.

Opossums, on the other hand, taste pretty bad. They are edible, but are extremely greasy. They would probably be consumed only in a survival situation. They are high in protein, but must be well cooked. One person described it as “tasting like it had been cooked in a burning, plastic garbage bag.”

Why all this about opossums? Well, I saw one last week on my way to work, laying dead by the side of the road. I remember, a few years back, reporting about an opossum sighting in Winslow. But have heard very little since then.

Are they common in Maine? They are usually associated with the deep southern U.S.

Opossums are North America’s only native marsupial. They resemble a cross between a house cat and a giant rat. They are common in Maine, but mostly in the southern part of the state. They have migrated into Maine over the last 50 years, probably because of lack of habitat in their native areas.

At first, people were not all that thrilled about this creature supplanting itself in our environs. The animal has always been perceived as dirty and a possible threat to carrying rabies. All these theories are false.

Opossums may be your best defense against Lyme disease.

A study published in the American Journal of Public Health found that opossums, who are diligent self-cleaners with a tough immune system, are about eight times less likely to be carrying rabies than a feral dog. As they are constantly cleaning themselves, they can destroy up to 95 percent of all deer ticks that try to feed of them. Rick Ostfeld, author of a book on Lyme disease, and a senior scientist at the Cary Institute of Ecosystem Studies, best described opossums as “basically walking tick vacuums.”

Many ticks try to feed on opossums, but few of them survive. Opossums scurry about the forest floor sucking up ticks at a voracious rate. If you want to rid yourself of ticks from the backyard, it would be better if you had some opossums hanging around. You can go online and find instructions on how to build an opossum house, similar to birdhouses.

With the escalation of tick populations in Maine, opossums are man’s best friend. Opossums consider ticks a tasty snack, and an easy one at that. According to a study conducted by the Proceedings of the Royal Society B, a single opossum can wipe out between 5,500 and 6,000 ticks in a week.

John Smith, who founded the Jamestown colony in 1607, first recorded the name “opossum,” from the Powhatan language (opassom). Smith described the opossum: “hath a head of a swine…tail like a rat…of the bigness of a cat.” The Powhatan word is derived from a Proto-Algonquain word meaning “white dog or dog-like beast.” William Strachey, the first secretary of Jamestown, described the animal this way: “beast in bigness of a pig and in taste alike.”

The opossum, Didelphis virginiana, is a marsupial endemic to the Americas. They originated in South America and entered North America in the Great American Interchange following the connection of the two continents. Their flexible diet, and reproductive habits make them successful colonizers and survivors in diverse locations and conditions.

Opossums are usually solitary and nomadic, staying in one area as long as food and water are easily available. And, of course, we all know about the term “playing ‘possum,” the act of mimicking the appearance and smell of a sick or dead animal. What I didn’t know is that the response is involuntary, rather than a conscious act. The stiff, curled form can be prodded, turned over, and even carried away without a reaction from the animal. They will typically regain consciousness after a period of a few minutes or up to four hours.

Although not a handsome fella by most standards, the opossum has a very important place in our ecosystem, in regards to controling the dreaded tick. I wonder if I could convince a couple of them to hang around camp during the summer.

In 2004, which Red Sox pitcher was the winning pitcher in the clinching games of the ALDS, ALCS, and the World Series?