Jeannie C. Riley burst into fame with this now classic hit dealing with the hypocrisy of one’s friendly local school 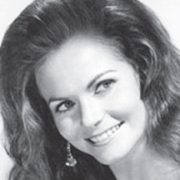 board. Its songwriter, Tom T. Hall, had his own fame as a recording artist but this may have been his first cash cow. The record was also produced by the experienced Shelby Singleton (1931-2009), who had left Mercury Records after several years and whose own career makes for fascinating insights into the C & W industry. Finally side B of this record is a true side B, a throwaway.

After a few more hits followed by a gradual decline in record sales, Riley became a gospel singer and still performs at 71.

Rigoletto – Renato Capecchi as Rigoletto; Gianna D’Angelo as Gilda; Richard Tucker as the Duke of Mantua; etc.; Francesco Molinari-Pradelli conducting the chorus and orchestra of the San Carlo Theater of Naples; Philips 6747 407, 2 12-inch vinyl LPs, recorded 1958 and originally released on the US Columbia label.

Verdi’s Rigoletto is probably the most popular opera he ever wrote. It is loaded with beautiful music – choruses, arias, interludes for orchestra – and has the tenor aria, La Donna Mobile, which is endlessly used for tv commercials, talent shows, and other assorted “events.” 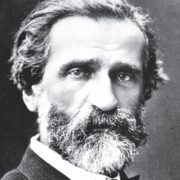 The plot is a typical operatic scenario where humans emphasize their sleazier, nastier side and at least one, most loved character dies unjustly. It has the wily Duke of Mantua, who frequently chases the women of upstanding character, often leaving them in a bad place; the prideful court clown Rigoletto; and Rigoletto’s sweet maiden daughter, Gilda, who is doomed because of too many bad choices by herself and everyone around her!

The singers and players did their work superbly, making the set one of the top 3 or 4 choice recordings available of this masterwork.

This collection of 41 selections includes a mix of original hit recordings or covers by other artists. I am providing the contents of the first tape just to give a general idea of the program, one that is, unfortunately, quite disorderly as to any theme or chronology:

Debby Boone – You Light Up My Life.
Eric Carmen – Never Gonna Fall in Love Again.
Diana Ross – Touch Me in the Morning.
Leo Sayer – When I Need You.
Helen Reddy – Ain’t No Way to Treat a Lady.
Anne Murray – Shadows in the Moonlight.
Randy Van Warmer – Just When I Needed You Most.
Diana Ross – Do You Know Where You’re Going To ? (Theme from Mahogany).
Natalie Cole – This Will Be.
Sonny and Cher – All I Ever Need Is You.
Elvis Presley – Until It’s Time for You to Go.
Dionne Warwick – Deja Vu.
Neil Sedaka – Laughter in the Rain.
Mama Cass – Make Your Own Kind of Music.
Cher – The Way of Love.
Tom Jones – It’s Not Unusual.
Glen Campbell and Anne Murray – I Say a Little Prayer/By the Time I Get to Phoenix.
The 5th Dimension – Up, Up, and Away.
The Beach Boys – Wouldn’t It Be Nice.
Nilsson- Everybody’s Talkin’.
Petula Clark – This Is My Song.
Oliver – Jean.
Helen Reddy – You’re My World.
Everly Brothers – When Will I Be Loved?
Engelbert Hunperdinck – The Last Waltz.
Sergio Mendes and Brasil ’66 – The Fool on the Hill.
Vickie Carr – It Must Be Him.
Tom Jones – (It Looks Like) I’ll Never Fall in Love Again.
Petula Clark – Don’t Sleep in the Subway

Despite the above misgiving, the transfers from the originals are top-notch.

A check of the Amazon reveals a vinyl LP set for $11, CD sets starting at $45 but no cassette edition. However, it, along with other RD sets, frequently shows up at the Goodwills, used record shops and other venues catering to thrifty collectors.