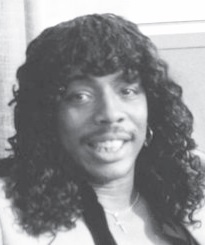 Rick James (1948-2004) hooked up with a group known as the Mynah Birds during his adolescence, one of his fellow members being Neil Young. His music career would thrive but also derail often because of his own self-destructive tendencies to live on the edge – his Wiki bio was sordidly interesting. His almost inevitably early death at 56 was due to a heart ailment.

The above two songs, particularly his hit song, Give It to Me, Baby, are more rockish than Motown/Gordy soul and are captivating on a certain level. 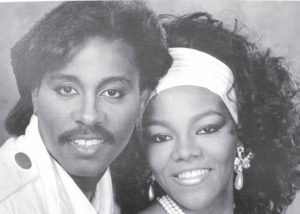 Cavin Leon Yarbrough and Alisa Delois Peoples were both born and brought up in Dallas and, were friends since early in childhood, having met while taking piano lessons.

During the mid-’70s, Yarbrough is touring as a pianist, returns to Dallas where he hooks up with Peoples, returns to touring and they sign a recording contract, hitting the big time in a very big way. Don’t Stop the Music is a compelling soul and dance record, incisively arranged and recorded.

In 1987, after 10 years of success with several more 45 singles and albums, they get married and decide to leave the rat race of Los Angeles and constant touring to return to Dallas. Since then, they continue to write, produce, mentor younger talent and perform, contributing immeasurably to their hometown’s musical enrichment.

Two of Mozart’s most important works are coupled on this LP and feature very lively, vibrant performances from two of Russia’s finest string players, Viktor Pikaizen and Igor Oistrakh, son of the late great violinist, violist and conductor, David Oistrakh, Igor being as good in his own way as his father in all three instruments.

The two sides of both 45s and the Mozart Sinfonia that are reviewed above are available for listening on YouTube. The Eine Kleine Nachtmusik conducted by Igor Oistrakh is not available but one recorded by his father David Oistrakh is posted along with several other recordings.