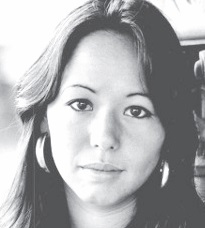 Yvonne Elliman (1951-) first raised the goosebumps on my arms during a chance hearing of the then newly-released Jesus Christ Superstar, back in November 1970, via a friend’s set, followed shortly by the purchase of my own copy. However, it would be played so often during the next several months that I grew so sick of it I couldn’t listen to it for at least 30 years (A similar experience occurred with my copy of Carole King’s Tapestry. I still can’t stand Tapestry but I can rehear JCS occasionally now with fresher, more mature ears!)

If I Can’t…. is a superb number composed by Barry, Maurice and Robin Gibbs, or the Bee Gees, and performed with finesse by Elliman but the flip side, credited to the very gifted team of Carole Bayer Sager and Melissa Manchester, left me cold !

This year, as Elliman was preparing for an appearance in Guam, she was arrested for the possession of marijuana and other drugs and is still in custody! 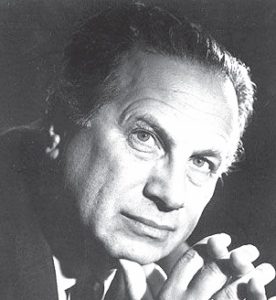 Antal Dorati (1906-1988), along with Herbert von Karajan, Leopold Stokowski, Arthur Fiedler and Eugene Ormandy, were the five most prolific conductors when it came to the number of recordings bearing their names, in each case, well above six hundred. Of course, there is no way I can hear all of them; also, the ones I have heard over the last 50 years have inspired mixed reactions from boredom to riveting. But, during the last two years, I have developed an interest in his conducting, as far as a thorough reconsideration of the recordings I didn’t like earlier and an eagerness to hear ones I don’t own.

I experienced this change of heart when I read a piece on the Maestro in which the record reviewer Richard Freed discussed how Dorati’s consistently high standards and thorough musicianship had borne fruit in every recording the critic had heard thus far. I found it especially edifying because I had always enjoyed Freed’s individualistic discernment, combined with a voracious determination to hear every classical record coming his way. And Dorati was the only conductor who could do no wrong in his eyes.

Secondly, a group has sprung up in England that is determined to release every studio and live recording bearing Dorati’s name, whether it be the rarely heard 7th Symphony of Alan Pettersson or six different Berlioz Symphonie Fantastiques; they have developed a catalog of formidable size and temptation. If I were 40 years younger, I would make a mad attempt to collect it all!

The Mozart 36th, or Linz, Symphony is one of my half dozen favorites of the Austrian genius. Its leisurely lyrical outpouring of the sweetest melody is unequaled by #s 35 and 38-41, as special as they are. Dorati’s rendition is both leisurely paced but rhythmically incisive.

The accompanying Nachtmusik is a very popular work elsewhere but, unfortunately not one I have liked much in recent years; however, Dorati conducted a most satisfying performance that has me enjoying its beauties once again.