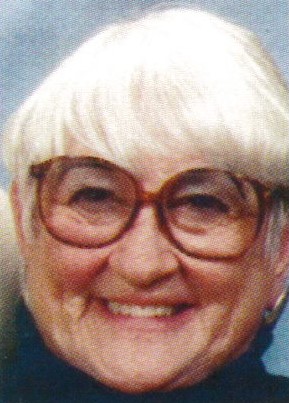 She graduated from Skowhegan High School in 1948 and went on to graduate from Colby-Sawyer College in 1950 with a degree in Medical Secretarial Science. She continued her education throughout her life with various courses through 2000. She held several certificates and licenses to perform the various jobs she did throughout her life. At a very young age Katie was gifted with a beautiful Soprano voice. She sang on the stage at the Strand Theatre. She also sang in choirs throughout the schools she attended, as well as the churches she attended. She sang at many weddings throughout the years. Three days before her own wedding, Katie declined an invitation to join the New York Opera. She didn’t join the Opera but her minister and great friend Larry Kalp, from New Jersey, remembers her teaching a Children’s Choir of 70 members.

Her first job was helping her father at “Henry’s Hardware”. Other early work experiences included working as a dental assistant after school for Dr. Dumont and Dr. Gower, switchboard operator at Lakewood Summer Theatre and personal secretary for Attorney Thomas Weeks.

While working at Lakewood she met her first husband Joseph Denis. They were married in January 1953 and started their lives together in Oak Ridge, Tennessee. They had three children together. From 1953 through 1969 they lived in Tennessee, Pennsylvania, Massachusetts and New Jersey due to her husband’s work.

In 1969, they returned to Maine with their three children to start their new business Z.D. Wire Products.

In 1972, they became owners of Lakewood Resort. Katie was known for singing nightly in the Inn closing the bar with Climb Every Mountain. One of her proudest memories was the opportunity to sing with Jack Cassidy. For several years Katie continued to work in the hospitality business working at Red Coach Inn and the Holiday Inn. Then in 1977 she took on a totally different line of work and worked for CN Flagg during the construction of Scott Paper Company, in Hinckley. In 1976, she met her second husband Lewis Ouilette. They were married in February 1977. She became the step mom to two sons. She and Lew lived a wonderful and eventful life together until he passed in July of 2018.

From 1977 Katie continued to perform various jobs as office manager and sales and marketing at various places of businesses. She was also activities director at Maplecrest Nursing Home as well as 234 Madison Avenue, in Skownegan.

In 2009, she became very active with the Madison Community Access TV Channel 11. So many people loved watching her on Now You Know and Keeping Pace, with the late Herb Paradis. She also wrote a column for weekly newspapers, including The Town Line, titled If Walls Could Talk. She enjoyed being a member of several Heritage Councils in the area but especially enjoyed working with Bob Washburn on Abner Coburn Days.

Katie was a doer. Nothing stopped her. At 90, she called Governor Janet Mills and offered to work for her. She even survived Covid at the age of 90. She is also an early survivor of Lyme disease that she contracted in the early ‘80s. Unfortunately, this is when she lost her singing voice and suffered great pain in her arms and legs. For this reason she has donated her body to science in hopes they can learn more about Lyme disease and the effects it has on individuals and a possible cure.

She and Lew are remembered for their hours of volunteering their time throughout Madison and Skowhegan. Katie was the walking historian for this area. A lot of history left this area when Katie passed. In 2006, she received the Alton Whittemore Award from the Skowhegan Chamber of Commerce. In 2014, she received the Senatorial Sentiment Reward from Senator Angus King. In 2019, The Senate and House of Representatives joined the Town of Madison and dedicated the Madison Town Report to Lew and Katie. Also in 2019 she and Lew were recognized by the Somerset County Commissioners for their endless hours of volunteering.

She opened her house to so many people from far and wide. She was known at times for her feistiness and never giving up attitude. She made a huge impact on so many lives and will be missed by so many.

Katie was predeceased by her parents Henry and Roxie; her husband Lew; her son Russell; son-in-law Ray; cousins Ernald, Sherwood and his wife Nancy.

A celebration of life for Katie will be announced at a later date.

Arrangements are under the care and direction of Smart and Edwards Funeral Home 183 Madison Ave. Skowhegan Maine. http://www.SmartandEdwardsfh.com.

In lieu of flowers, please feel free to donate to St. Jude’s Hospital or a place of your choice.