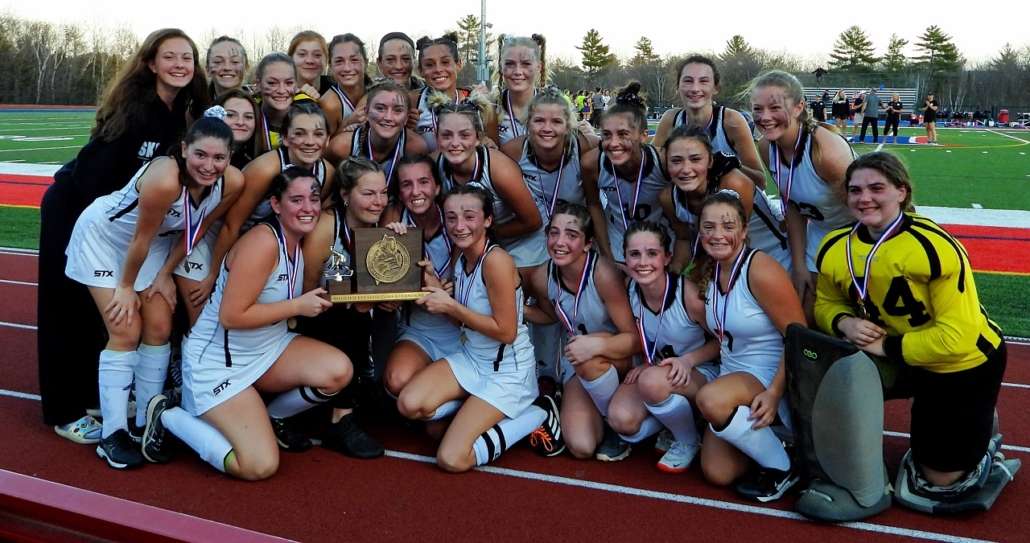 It was a beautiful day with a great turnout for both schools. Each team went into the game undefeated with a 17-0 record. Cheverus had scored 138 goals and had five against and Skowhegan had scored 104 goals with four against. It was a matchup the state was eager to see. In 2021 Cheverus had defeated Skowhegan and a follow up game would certainly be exciting for the field hockey community.

Skowhegan scored early in the first quarter with a goal by Layla Conway assisted by Laney Leblanc. After Cheverus took the lead with two quick goals by sophomore standout Lucy Johnson. Skowhegan tied the score in the fourth quarter, and later took the lead, 3-2, also scoring two quick goals by Layla Conway, and assisted by Samantha Thebarge and Kate Kelso, respectively. Skowhegan held on to the lead for the remainder of the game.

Head Coach Paula Doughty attributed the win to solid training and commitment of her players and coaching staff. The assistant coaches Tammie Veinotte, Kim Leo, Fawn Haynie, Lizzie York and Megan Smith were instrumental in the team’s success. The summer and fall were spent readying for this tournaments and the hard work paid off.

Skowhegan entered this game by winning its 21st Northern Maine final in a row and 27 regional finals in the team’s history which is an accomplishment not matched in Maine. The team had battled a strong Oxford Hills team in the Northern Maine final to secure the spot in the final. This was Skowhegan’s 27th trip to the state game since 1991 and has a record of 20 state wins and 7 state losses.

The team believed in a quote by one of the team captains, Norie Tibbetts: “I know we lost last year, and I guess some could say we’re underdogs, but we’re still Skowhegan Field Hockey.”