In Lewiston, fake news is taking over the town.

Five candidates faced off in the town’s mayoral race back in November. According to local election rules, if no candidate cracks the majority with at least 50 percent, there is a second, run-off race between the top two candidates the following month. Ben Chin, a Democrat, was the clear favorite with 40 percent of the vote coming out of the November contest. His opponent, in second place with 29 percent, was Republican Shane Bouchard. The remaining 31 percent of the vote was split between the other three candidates. With no one achieving the required 50 percent majority, a run-off election was planned for early December. 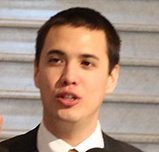 Chin, a progressive activist backed by the most popular politician in the country, Bernie Sanders, held a comfortable lead in initial polling. But in early December, something changed. News stories started popping up on social media that painted the Democrat in an unflattering light. One claimed Chin had allegedly called Lewiston voters a “bunch of racists” based on a series of leaked emails. Another reported his car had been towed because of “years of unpaid parking tickets.” All of the stories originated from a hitherto unknown Maine news website called the Maine Examiner.

It didn’t matter that the stories were misleading and inaccurate. As soon as a new article was uploaded to the website, links got posted to Facebook by various members of the Maine Republican Party. From there, the stories swiftly propagated through social media, as anything negative and partisan inevitably does.

In the end, Chin lost to Bouchard by 145 votes. It was all very dramatic, and inevitably led to questions about this new website that was suddenly breaking such startling scoops in the middle of a Lewiston mayoral election. 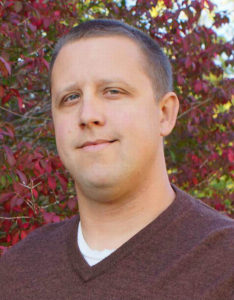 Just who was the Maine Examiner? The Lewiston Sun Journal, the Boston Globe and others, in a bit of old-fashioned investigative journalism, decided to find out. The Journal has run a series of stories in the months since, from which much of this article is based, and they have found some very interesting information.

First was the problem that nobody seemed to know who ran the website or wrote the articles. The site uses a registration-masking service which hides the true identity of the owners — a reasonable privacy precaution for an individual, but curious practice for a business or news agency. Then there was the fact that none of the articles contain any bylines. They are simply credited to the generic moniker “Administrator.” The site’s “About Us” page lists no editor, no writers and no owners. It’s all very mysterious.

Recently, a big clue popped up from an unlikely source. A web developer in California, Tony Perry, heard about the controversy and decided to investigate. Perry did something very simple yet ingenious. He downloaded a bunch of the photos posted with the stories in question. Then he took a look at the pictures’ meta-data. This is invisible information that is stored with every computer file, and often contains things like owner name and the date of a file’s creation. Perry found that a number of the photos were created by someone named Jason Savage. Further, he found that one of these pictures had been uploaded to the Maine Examiner website just 14 minutes after it had been created by ‘Jason Savage.’ This suggested a close collusion between whoever Jason Savage was and the Maine Examiner website.

Then in late January, The Maine Beacon, a publication of the Maine People’s Alliance, published their own investigation into the mystery. Looking at publicly-accessible error logs for the Maine Examiner website revealed internal server addresses containing the username ‘jasonsavage207.’

Additionally, the website template used for the Maine Examiner was downloaded from a website on which was found a public profile for someone listed as ‘jasonsavage207,’ and this profile indicated the user’s account was last active on the same day that such a template was installed on the Maine Examiner’s website.

The evidence was in, and it was pretty damning. It was clear Jason Savage was intimately connected to the Maine Examiner website, but who exactly was Jason Savage?

A quick Google search points to one particular Maine resident who also happens to be the executive director of the Maine Republican Party. This conclusion is inescapable once you learn that his Instagram handle is ‘jasonsavage207’ and his Twitter name is ‘jsavage207.’

The latest wrinkle to this developing story came a few weeks ago when the Maine Democratic Party formally filed an ethics complaint against the Maine Republican Party.

But this debacle cannot be blamed entirely on unethical political partisans. It is a symptom of a larger problem affecting America and the world. Newspapers are closing their doors everywhere. The advertising dollars that used to fund them are moving instead to internet platforms like Google, Facebook and Twitter. But these platforms don’t do journalism. They are simply information warehouses.

That means America’s free press is shrinking. And with smaller newspapers across the country going out of business as their revenue dries up, something must fill the void they leave behind. More and more, what has come to fill that void are pseudo-news websites like the Maine Examiner. Such sites masquerade as news sources but are nothing but partisan propaganda.

For the past two years, I’ve been honored to serve on the board of directors for The Town Line, and I’ve been impressed by the staff’s deep commitment to the traditional journalistic values of honesty, openness and accountability. It’s the type of attitude we should be celebrating in this world of viral, mile-a-minute news. Unfortunately, a small, free community newspaper is just the kind of institution that is suffering the most in this post-internet world.

And the moral to this story? Support your local paper lest your town too becomes a victim of fake news.