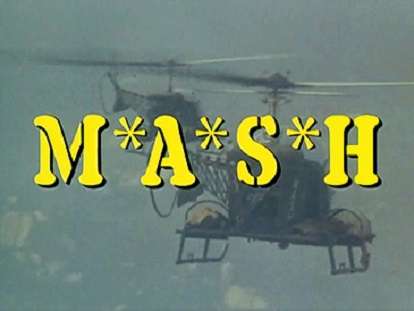 An article in the latest issue of The Saturday Evening Post says the television show M*A*S*H pioneered Sept. 17, 1972, 50 years ago this month. 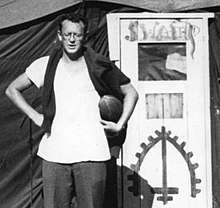 A United Press International obituary dated Nov. 5, 1997, says Hornberger chose the pen name as “a reference to his golf swing.”

Hornberger was a New Jersey native who graduated from Bowdoin College and Cornell University Medical School. Drafted for service in the Korean War, he served in a Mobile Army Surgical Hospital, or MASH unit, whose doctors worked close to the front lines, usually in tents, to treat – often to save – wounded soldiers.

The UPI obituary said Hornberger’s family had summered in Maine and had roots here that went “back several generations.” After the war, Hornberger moved to Bremen.

His post-war career included a stint with the Veterans’ Administration at Togus and surgical practice in Waterville, from which he retired in 1988. He began writing drafts of his first novel in the late 1950s; it was followed by M*A*S*H Goes to Maine and M*A*S*H Mania, neither as successful as the original.

A long obituary of Dr. Pratt (May 26, 1918 – March 13, 2012), published in the Waterville Morning Sentinel on March 16, 2012, said he was born in Farmington, graduated from Middlebury College in Vermont in 1940 and studied medicine at Johns Hopkins School of Medicine in Baltimore.

The obituary says Pratt spent two years in Air Force flight surgeon training in Texas. After his June 1948 discharge, he and his wife Jennie (Jeanette Burque) came to central Maine, where he ran a Waterville ear, nose and throat medical practice until he retired in 1985.

After he retired, the obituary says he continued his connections with the Mayo Clinic in Scottsdale, Arizona, and at Johns Hopkins.

The writer of the obituary said of Pratt, “For a doctor from a small Maine city, he had accomplishments on a national level in the field of medicine.”

Other contributions the writer mentioned were “publishing papers in medical journals and presenting at professional conferences. One of his specialties was chainsaw injuries to the head and neck. He was recognized nationally for this work.”

In his spare time, Pratt was active in community organizations, including the Masons and the Fairfield Historical Society, and pursued interests in plant and animal life, gardening, geology and photography.

Pratt was survived by his wife, their nine children and numerous grandchildren and great-grandchildren. The large Pratt house on Lawrence Avenue in Fairfield remains a private residence.

Dr. Hornberger’s other nationally known colleague, about whom little information is available from on-line sources, was Dr. George E. Young (Nov. 15, 1888 – Aug. 7, 1960), an early radiologist and a surgeon. He and his wife Clara (1894 – 1978) lived in a large house on Madison Avenue in Skowhegan; like Dr. Pratt, Young worked extensively with tuberculosis patients at Central Maine Sanatorium.

George and Clara Young are buried in Skowhegan’s Southside Cemetery.

The newest building at the former Central Maine Sanatorium, which closed June 30, 1970, is the Young Surgical Building at 50 Mountain Avenue, on the east side of the campus. Built in 1955 and named in honor of George E. Young, it was added to the National Register of Historic Places on June 28, 2021.

The application says the building has historic value “for its association with the treatment of tuberculosis in Maine” between 1955 and 1970. Maine’s most seriously ill tuberculosis patients were sent to Central Maine Sanatorium because it was there that “surgery could be performed if necessary.”

The physical description of the building calls it “a three-story brick Modern style institutional building with masonry bearing walls and steel framing. The building has a T-shaped plan, with a rectangular three-story main block and a two-story rectangular rear ell.”

The building’s architect was Stanley S. Merrill, of Auburn, the application says.

Also on the lot, and part of the historic listing, is a 1935 brick boiler house just north of the main building. It is described as one and a half stories high with a single-story wooden addition built around 1950.

At its height, Central Maine Sanatorium consisted of 12 buildings, the application says; five remained when the application was prepared, standing on separate lots since a 1984 division of the property. The demolition of most of the buildings and changes to the surviving ones “preclude the formation of a cohesive historic district.”

The Young Surgical Building was a nursing home for some years. It is currently undergoing major renovations, with the goal of making it Mountain View apartments.

Maine’s other two tuberculosis sanatoria were Northern Maine in Presque Isle, built in the 1920s and improved in 1938 and 1939 with federal funds, and Western Maine in Hebron, started in 1904 as a private hospital and taken over by the state in 1915. Both closed in 1959; 18 of Hebron’s 30 patients came to Fairfield, and the other dozen were discharged.

The Fairfield hospital also began as a private venture about 1909, in Waterville, run by the Central Maine Association for the Relief and Control of Tuberculosis. The temporary housing –- patients spent the day at the facility and went home at night, according to the historic district application – was moved to Fairfield in 1910.

After Frank Chase’s widow, Valora Chase, donated money for the first building, the institution became Chase Memorial Sanatorium in 1914. It too became a state institution in 1915. The additional buildings were built between 1938 and 1955. In 1933 and 1934, Mountain Avenue was rebuilt with federal money.