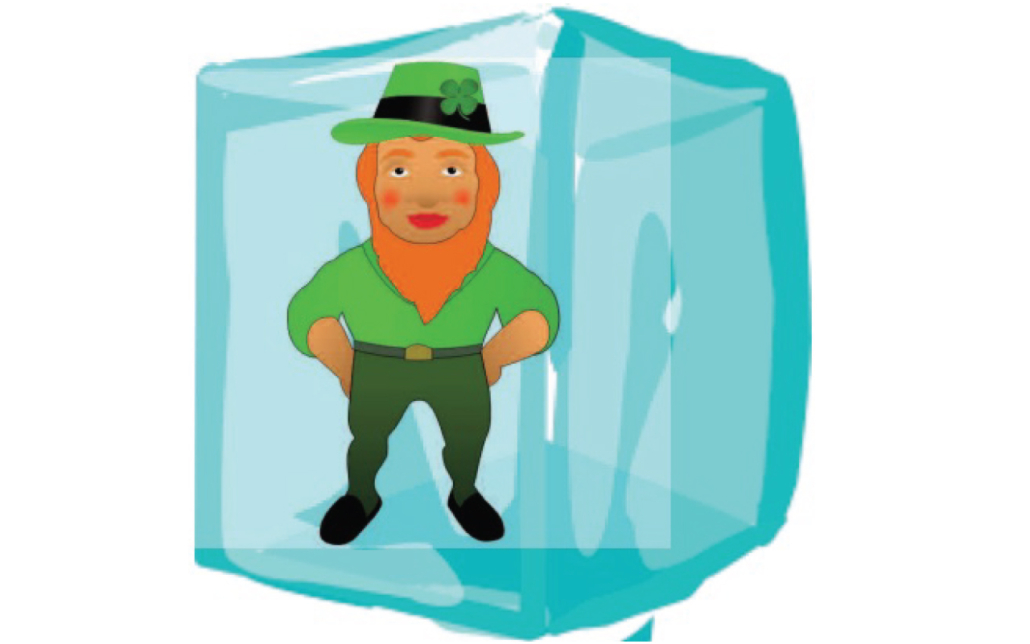 “If you want huge togue and no fishermen head over to Nahmakanta” volunteered the old logger.

Mitchell replied,” Nahmakanta is on the other side of the Appalachian Trail and the snow is pretty deep this time of year.”

“No problem,” said the logger. “There’s a skidder trail from the Golden Road to the ridge of the Appalachian Trail then an easy downhill to a flat 10-foot-wide groomed trail to the lake and out to the Golden Road near Baxter.”

It was March and the fishing was slow on Chesuncook, so we talked ourselves in to chasing this pot of gold described by the old logger. He and his wife live year-round on Chesuncook, and he certainly knows the country. He also said that he and his wife would lead the trip. What could be better than that. Brian Mitchell, from Freedom, Norman Leeman, from Palermo, and I were staying in Mitchell’s camp on Chesuncook Lake for a couple of weeks to ice fish some of the ponds and lakes in the area.

We usually fished Chamberlain and Eagle in February while staying in a tent at the Crow’s Nest canoe camp site across from the tramway. Our trips were for a couple of weeks at a time and we hauled in enough gear to last all winter. We always found enough dry dead cedar on the cutting side of the waterway boundary to keep the tent stove glowing. But there were problems that always had us thinking about a nice warm cabin with big bunks and soft chairs.

Tenting at the Crow’s Nest meant we had to haul loaded sleds from the last plowed road to the Lock Dam then up and across Chamberlain to the Crow’s Nest canoe camp site. If the snow was deep, we had to pack down a trail before hauling the sleds full of gear. Once at the camp site we needed to dig out 4 – 5 feet of snow to set the tent down on fir branches. Moles, mice and other woods creatures lived happily under the snow, so they were thrilled to meet under our tent for warmth and chattering conversations which kept us awake until we stuffed our ears with cotton from the aspirin bottles.

This camp site had a fine State of Maine built privy to which we cleared a path. The only problem was those below zero mornings when we stood around drinking coffee and prolonging conversation until someone would yell, “Damn it, someone has to go sit in the privy to take the frost off the seat and it isn’t me because my turn was yesterday.” The two of us remaining would try to see which could outlast the other with the loser running up the path yelling bad descriptions of the one who did not have to sit on the frosty seat that morning

This year we left the tent home to stay at Mitchell’s camp on Chesuncook Lake. We had room to move around, no animal chatter under the floor, a shed full of dry wood, a reasonably warm privy without frost. And it was March with the sun higher and warmer. The only bad news was that the snow was deeper and could slush up on warm days with water coming up on the ice. Nevertheless, we were happy and looked forward to celebrating St Patrick’s day with a good catch of fish.

Each of us had jobs to do and if anyone complained about another’s work, they would absorb that job in addition to their own. I had cooking duty so on St Patrick’s day I made a huge batch of bacon and scrambled eggs covered with green food dye I had packed in. Mitchell and Norman sat looking at their Kelly-green scrambled eggs.

Finally, Mitchell hollered out, “Damn Jim, you #@%$**#, these eggs are sickly green,” then he paused and with a smile said, “But aren’t they good.”

The next morning, we planned on making the trip to Nahmakanta Lake with the old logger and his wife in the lead on their huge Evinrude machine with reverse that the old man said would back the machine out of any trouble. It was bitter cold with a wind as we followed them across Chesuncook to a cove near the Golden Road. As we came into the cove that big Evinrude sled disappeared into the snow with just the rear end pointing straight into the air. The old couple came crawling up out of the hole yelling something about snow covered dry-ki and the fact that we should have set over more to the right to avoid this cove full of stumps, limbs, and other assorted driftwood which the wind had pushed into this cove during the summer. We must have spent an hour lifting, pulling and dragging that damn heavy Evinrude with its useless reverse out of the dry-ki. When we got them upright on the ice, the logger said they were tired and had to head back to camp to rest. But they added, “The skidder trail is just across the Golden Road and you boys will be at the lake in no time. We may even catch up after we rest.” We probably should have taken this as a bad omen, but what could go wrong on a skidder trail.

We had some difficulty crossing the Golden Road as the heater banks were high, but luckily moose had crossed here so there were small breaks in the snowbanks. We were now in an empty log yard and could see the skidder trail ahead. No one had travelled on this trail, so we had to break it out with our sleds. The first section of the trail was in the open and OK to ride, but as we entered the woods things got a little more difficult. Norman led on his wide track with Mitchell following and me in the rear. In the summer a skidder trail looks like the bottom of a H with a crown in the middle and tire trenches on each side, but in the winter, snow fills the trail making it nearly impossible to stay in the middle of the trail up on the crown. As the third in line, I had a decent path to follow, but it was so cold that my breath iced up my glasses making it very hard to stay out of the tire ruts. If I slipped off the crown, I could usually gun the sled to jump back on. When that did not work, I had to jump off and pick up the sled back on to the crown.

This lifting of the sled every 100 yards or so was exhausting, causing more heated perspiration and thicker ice glazing of my glasses. On one slip off the crown into the tire rut I got snagged by a logging cable left on the side of the trail. It caught me around my neck pulling me off the sled and breaking the windshield. I was very fortunate as I had on heavy clothes with extra scarfs around my neck. Norman and Mitchell couldn’t turn around in this narrow trail, so they walked back to help me get untangled and back on the crown. We were now heading more uphill leading us to believe that we should be crossing the Appalachian Trail soon. The trail would be the welcoming sign that an easy downhill run to the flat 10-foot-wide groomed trail by Nahmakanta Lake was at hand. I didn’t notice how sweaty and tired I was getting until I caught up with Norman and Mitchell where the Appalachian Trail crossed. Mitchell with the smallest sled decided to travel down the hill to find the groomed trail. Norman and I sat on our sleds just resting after the skidder trail ordeal.

I was so exhausted and wet with sweat that, when Norman walked partially down the hill to help Mitchell back up, I decided to open up my snowmobile suit to cool off and take a nap in the snow. I think that I got to sleep but was rudely awaken by my two friends slapping me around. I tried to fight them begging for just a quick nap, but they would not let me fall into hypothermia.

Mitchell yelled at me, “listen you @%$#&, if you freeze to death, I’m going to cover your body with your damn green food coloring and tell everyone we found the Appalachian Trail Leprechaun, then put you on display in a glass box in Baxter. I woke up laughing as they zipped up my suit and sat ne up on my sled followed by a good talking to.

Mitchell found there was no 10-foot-wide groomed trail at the bottom of the hill, only more deep snow. We decided the advice from the logger was bogus, and we could have fallen into even more serious trouble if we continued. Our decision was to head back to our camp on the now reopened skidder trail. We made it back to the lake close to dark and saw the big blue Evinrude with reverse gear as we passed the logger’s camp. When we got to our camp, I was physically ill and couldn’t fix a meal or eat. I cannot ever remember being this tired. But I’ll never forget how grateful I am for two friends who saved me from freezing to death. Good old Brian Mitchell is gone now, but we will always remember him for almost putting me on exhibit as the Frozen Appalachian Trail Leprechaun.