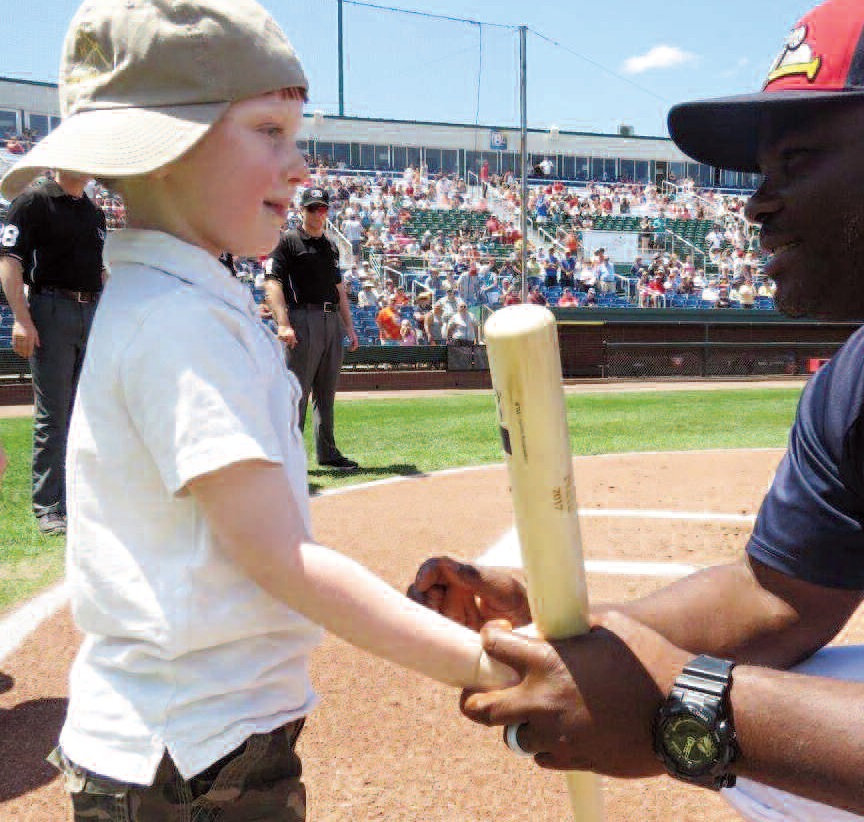 Nathan Wade during his special day at Hadlock Field, in Portland.
Photo courtesy of the Portland Sea Dogs 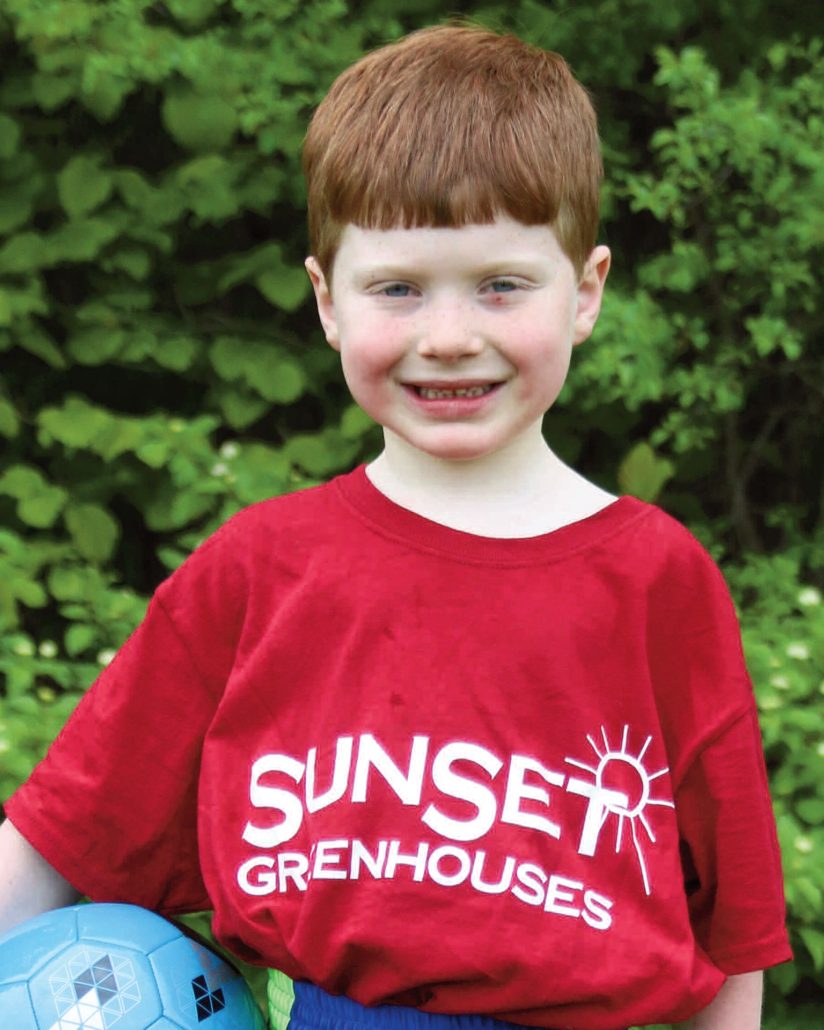 In April 2015, at four years old, Nathan (a.k.a. Super Nate) was diagnosed with Ewing’s Sarcoma, a cancerous tumor that grows in the bones or tissue around bones. He immediately began treatment at Maine Children’s Cancer Program (MCCP), which lasted until February 2016. Super Nate’s course of treatment required him to be brave as he endured a lot of testing, a procedure to install a port, an aggressive chemotherapy regimen, and a surgery to remove the tumor along with three inches of three ribs on the right side of his chest.

Treatments were rough on Nathan early on, causing him to lose appetite and weight, develop large blisters on his feet, consistently run fevers (which resulted in ER visits when not already hospitalized for treatments) and eventual hair loss. Accessing and deaccessing Nate’s port was a very traumatic event that was repeated dozens of times throughout the treatment but never got easier. The MCCP team along with the wonderful oncology nurses at The Barbara Bush Children’s Hospital (BBCH) and the amazing Child Life Specialists knew how to get smiles out of Nathan on even his worst days.

Dr. Aaron Weiss, Nathan’s primary oncologist, shared a love of Star Wars with Nate, and this would often translate into conversations using Yoda’s voice. Nathan also began to see improvements in his attitude and general health as he took advantage of yoga and music therapy that were offered through MCCP and BBCH. At the same time his parents were implementing a naturopathic approach with the use of essential oils and cannabis tincture in lieu of other chemo side effect drugs.

By the end of the 10-month treatment, Nathan had transformed from a shy, scared, and depressed patient to the mayor of the floor. As his treatments ended he could often be found riding his IV pole around the BBCH inpatient wing like a skate board (until he received a speeding ticket from the Nurse’s station). He loved his Jamie!

Today, six-year-old Nathan is doing great. He just finished kindergarten and is enjoying his summer hanging by the water at Nana’s or Mimi’s house or playing with his big brother, Connor, around the family’s farm house. Super Nate had a blast playing PAL soccer this past spring, and is amazing at drawing and coloring. He is especially excited for winter’s return and more trips up to the ‘Loaf.’

Nathan was asked by MCCP to run the bases at Hadlock Field at a recent Portland Sea Dogs home game as part of the Anthem’s Heroes at Hadlock program, in support of MCCP. It was a very special and memorable event. Super Nate and his family and friends have also taken part in the past two Moonlight Challenges at Shawnee Peak in support of the program.

These were the ingredients young Hailey used to formulate her vision. Hailey and Nathan received treatments at the same time, but Hailey has had to continue through numerous battles with leukemia. Hailey’s medical team decided in April 2017 that there were no additional treatments that she could receive in her condition, and changed her prognosis to terminal. Hailey is still fighting and remaining optimistic. It was around the time of the change in prognosis Hailey decided that Maine should Go Gold. Her mother Tabitha, along with other friends and supporters, have reached out to dozens of communities in an effort to have officials offer proclamations in support of Childhood Cancer Awareness Month. The effort is called Go Gold Maine, and the goal is to get 455-plus communities, along with business and other organizations to show support in any way they are able, including hanging gold ribbons, making contributions to deserving organizations and programs, and sharing Childhood Cancer Awareness throughout the month. Support is growing quickly, and September is promising to be a “golden” month. More information about Hailey and her mission can be found at http://haileyhugs.org/.