Since 1820, 71 people have held the office of Governor of Maine. Four of them served non-consecutive terms and get counted twice, so Janet Mills is the 75th governor. The next two articles in this historical series will provide information on governors who were born in or near, or made their careers in or near, one of the central Kennebec Valley towns with which the series began. As might be expected, many of these men had connections with Augusta, which has been the state capital since 1827. This article and the next will not include Governor Mills, who is proudly the first governor from Franklin County. 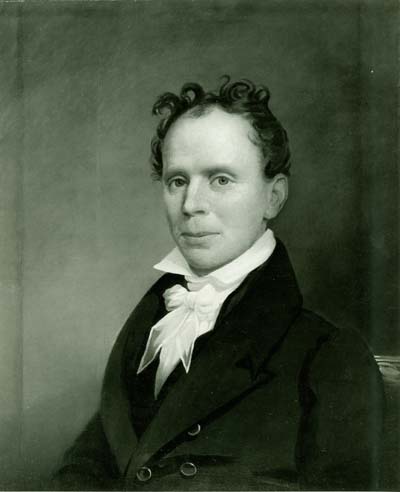 Enoch Lincoln, Maine’s sixth governor and the first to die in office, was also the first with a connection to the central Kennebec area, after Augusta became the capital. He was born in Massachusetts, graduated from Harvard, Class of 1807, and practiced law in Salem, Massachusetts, and after 1819 in Paris, Maine.

Lincoln was elected to Congress in November 1818, apparently before he moved to his district, and re-elected repeatedly through the fall of 1825, serving before and after Maine gained statehood. Elected Maine’s governor in September 1826, he was twice re-elected, serving from Jan. 3, 1827, until he died in office Oct. 8, 1829, aged only 40. He is credited with helping get the capital relocated from Portland to Augusta; one source says he was a speaker at the ceremony marking the laying of the cornerstone for the State House. Wikipedia says he is buried in a mausoleum in Augusta’s Capitol Park; a Maine encyclopedia on the web says his remains were moved to a monument honoring him that was built in 1842, and have since mysteriously disappeared.

(Capitol Park, the rectangular area in front of the State house, was established in 1827, when the citizens of Augusta donated its approximately 20 acres to the state. Wikipedia describes its development and landscaping, including the monument to Governor Lincoln. During the Civil War, trees were cut and lawns wrecked when the park became a military encampment and parade ground.

(After the war, Wikipedia says, the area was farmed before being reconverted to a park in 1878. In the 1920s it was redesigned to its present condition by the Olmsted Brothers, sons of Frederick Law Olmsted. Olmstead Brothers’ other Maine projects included Portland’s Deering Oaks and Eastern Promenade and the road system for Acadia National Park.)

Richard Hampton Vose, 14th Maine governor, was an Augusta native and a Bowdoin graduate, Class of 1822. After six years in Massachusetts, he opened an Augusta law practice. His political career included four years in the Maine House and two in the Maine Senate. He was one of the shortest-term governors; as president of the state Senate, he served as interim governor Jan. 12 and 13, 1841, after Governor John Fairfield resigned to take a United States Senate seat and before Edward Kent was inaugurated for his second (non-consecutive) term. Vose was a prominent member of the Kennebec Bar until he died in January 1864. 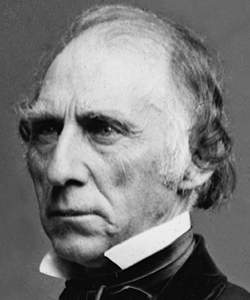 Anson Peaslee Morrill, the 24th governor of Maine, served from Jan. 3, 1855, to Jan. 2, 1856. He was born in Belgrade, where his father ran a combined sawmill, gristmill and carding mill. He later ran stores in Madison and Mount Vernon, then took over a failing woolen mill in Readfield and made it a success. Joining the new Republican party because he was opposed to slavery, he was elected Maine’s first Republican Governor in September 1854.

Later president and then vice-president of Maine Central Railroad, he retired and in 1879 moved to Augusta, where he lived for the rest of his life. In 1880, when Morrill was 77, friends persuaded him to run for the state legislature; he served one term. He died in 1887 and is buried in Augusta’s Forest Grove Cemetery.

Samuel Wells, the 25th governor (Jan. 2, 1856 – Jan. 8, 1857) has a limited and, from available sources, partly disputable, connection to the central Kennebec Valley. Born in New Hampshire on August 15, 1801, he studied law (when and where unspecified) and, according to an on-line Maine encyclopedia, practiced in Waterville from 1816 (when he was 15 years old?) until he moved to Hallowell in 1835 and thence to Portland in 1844. He served as an Associate Justice of the Maine Supreme Court from 1847 until he resigned to run successfully for the governorship in 1855. His bid for a second term failed, and he moved to Boston where he died in 1868.

Joseph Hartwell Williams was a Maine Senate President who served as governor #27 from Feb. 25, 1857, to Jan. 6, 1858, finishing Hannibal Hamlin’s term after the latter resigned to return to his seat in the United States Senate. Williams was an Augusta native, son of attorney Reuel Williams; he graduated from Harvard, Class of 1830, attended Dane Law School (Cambridge, Massachusetts) and in 1837 joined his father’s law firm.

First a Democrat, he joined the Republican party because it was anti-slavery. He refused the Republican nomination for governor in the fall of 1857 because he disagreed with the party’s strong support of prohibition (although, an on-line biography says, he was “always a temperate man”). He served later as a state legislator, first a Republican and then an Independent, and in 1877 accepted the Democratic nomination for governor (and lost).

Lot Myrick Morrill, #28, Anson Morrill’s younger brother, was another Democrat who turned Republican over the slavery issue. Born in Belgrade, he attended Waterville College (now Colby College), studied law in Readfield, passed his bar examination in 1839 and set up practice in Belgrade and Augusta. He served in the Maine House of Representatives and the Maine Senate before being governor for three terms, from Jan. 6, 1858, to Jan, 2, 1861.

When the national Republican convention nominated Hannibal Hamlin as Abraham Lincoln’s vice-president for the election of 1860, Morrill succeeded Hamlin in the United States Senate, serving from 1861 until 1876, when he became President Ulysses Grant’s fourth Secretary of the Treasury. He retired within a year. President Rutherford Hayes then made him Collector of Customs in Portland, a position he held until he died on Jan. 10, 1883. He is buried in Forest Grove Cemetery, in Augusta, and his brick house on Winthrop Street, where his widow lived until 1918, was added to the National Register of Historic Places in 1974. 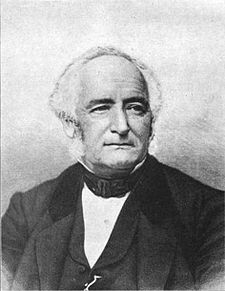 Samuel Cony, an Augusta native, was Maine’s 31st governor. Educated partly at China Academy, in China Village, he graduated from Brown University, Class of 1829, and practiced law (and entered politics) in Old Town. Elected state treasurer in 1850, he moved back to Augusta, became the city’s mayor in 1854 and served as governor for three one-year terms, from Jan. 6, 1864, to Jan. 2, 1867. His brick house on Stone Street, in Augusta, called the Governor Samuel Cony House or the William Payson Viles House, was put on the National Register of Historic Places in 1985.

(William Payson Viles was a 20th-century member of a family long active in logging in Maine. After his death in 1986, his widow, Elsie Pike Viles, created the Elsie and William Viles Foundation, a philanthropic organization that lists four main goals on its website: to preserve open spaces and conserve forest lands; to protect and care for animals; to support children and education; and to promote and preserve Maine history and culture.)

Selden Connor, Maine’s 35th governor, was born in Fairfield, educated in Massachusetts and Vermont and served in Vermont and then Maine regiments in the Civil War, rising to a Brigadier General of Volunteers. He worked for the Internal Revenue Service from 1868 to 1875, when he successfully ran for governor on the Republican ticket. Inaugurated Jan. 5, 1876, he was twice re-elected.

In a three-way election in 1878, incumbent Connor got 44.8 percent of the vote; Greenback/Labor candidate John Smith got 34.5 percent; and Democrat Dr. Alonzo Garcelon got 22.4 percent. Lack of a majority turned the choice over to the Maine legislature, whose members picked Garcelon (who served one term; his rival the next year, Daniel Davis, got only 49.7 percent of the vote, but the legislature chose him, and Garcelon returned to his medical practice.) Connor left office on Jan. 9, 1879. He died in Augusta on July 9, 1917 (one source gives a September date), and is buried in Forest Grove Cemetery.

Edwin Chick Burleigh, Maine’s 42nd governor, was born in Linneus and raised in Aroostook County and Bangor. He moved to Augusta in 1876 and held a succession of offices, including assistant clerk to the House of Representatives and state treasurer. Elected governor in the fall of 1888, he served two terms, Jan. 2, 1889, to Jan. 4, 1893. Later he represented Maine in the U. S. House of Representatives and the U. S. Senate, dying in Augusta in the middle of his Senate term, June 16, 1916. Like many of his predecessors, he is buried in Forest Grove Cemetery. 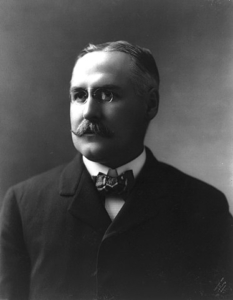 John Fremont Hill, the 45th governor, was a native of Eliot who earned a medical degree in 1877 from what Wikipedia calls the Medical School of Maine (Bowdoin College) but practiced for only a year before moving to Augusta where he and his father-in-law, P. O. Vickery, established what became a national publishing company, Vickery and Hill. Hill served in both houses of the state legislature before being elected governor for two terms (Jan. 2, 1901 – Jan. 4, 1905)

(P. O. Vickery started publishing Vickery’s Fireside Visitor, a monthly magazine aimed at providing light fiction to middle-class readers, in 1874. Like his son-in-law, he was a politician – state representative from, and then mayor of, Augusta in the late 1870s and early 1880s – until Vickery and Hill became so successful its management took all his time and led to his son-in-law becoming his partner. The Fireside Visitor was followed by similar magazines named Happy Hours, Hearth and Home and Good Stories.

No on-line reference says what Vickery’s initials stood for. Even his Nov. 19, 1902, obituary in the Boston Globe calls him P. O. The Globe describes him as “the millionaire publisher, state senator and father-in-law of Gov. Hill.” His funeral in Augusta was well-attended, and two former Maine governors were honorary pall-bearers.)

Frederick William Plaisted, Maine’s 48th governor, was another Augusta publisher. Born in Bangor, he was the son of the 38th governor, Harris Plaisted, and in Augusta took over The New Age newspaper from his father and was editor and publisher from 1889 (or 1898, the year his father died; sources disagree) to 1914. He was inaugurated as governor on Jan. 1, 1913 and defeated when he ran for a second term.

(The New Age seems to have been established in 1867 and for at least part of its life to have been a weekly published on Fridays. Harris Plaisted, governor from 1881 to 1883, became editor and publisher in 1884, an interregnum in his career as a Bangor lawyer. The New Age advertisement in an 1899 National Newspaper Directory and Gazetteer found on line describes it as the only Democratic newspaper in the area [Maine governors were mostly Republican from the 1850s to the 1950s; the two Democratic Plaisteds were exceptions]. It claims to be more than 30 years old and to have 5,000 subscribers. The Kennebec Journal and Vickery and Hill’s four newspapers advertised in the same issue of the directory.)