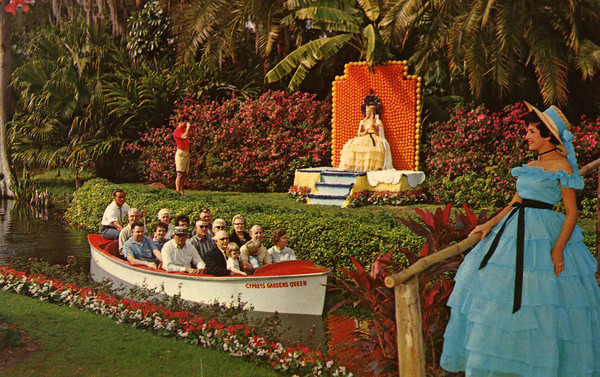 I have really enjoyed living in the south. Granted it is a bit too warm right now with our days topping off at about 97 degrees with the “feels like” 108 degrees. I don’t understand those figures. If it feels like 108, why isn’t it just 108?

I have had about enough of this ‘real world’ mess going on. You can get enough of that in just a few minutes on TV, so recently, when a friend passed on a new book to me, I decided to share some of it with you this week. The title is A Southern Belle Primer. It’s a book to have fun with, for me anyway. I hope you find it humorous as well.

1. Never serve pink lemonade at your Junior League committee meetings. It has Communist overtones. (Since I am not a Southern Belle I don’t understand this one either.)

2. Always wear white when you walk down the aisle (even if it’s for the third time)

4. It doesn’t matter if you marry a man who doesn’t know the difference between a shrimp fork and a pickle fork, you can always teach him. Just make sure he can afford to buy you both.

5. Never date your sorority sister’s ex-husband until at least three years after the divorce. You might need her to write your daughter a Kappa Kappa Gamma recommendation one day. Just remember it’s a lot easier to find a new man than it is to get your daughter into Kappa. (yeah, that is certainly one of my biggest concerns in life, how about you).

6. Never marry a man whose mother and grandmother owned silver plate instead of real silver. He’s not used to quality and he’ll try to cheat you on the divorce settlement. (Stay single, this is all too complicated!)

7. It’s never too soon to write a thank you note. Some belles take the notes and a pen with them to a party. In the middle of the evening they go into the ladies’ room and write a thank you describing how much they enjoyed the dinner (naming specific items). They then put the note in the mailbox as they leave. The hostess receives it first thing in the morning. Sure, this is compulsive, but you’re going to have to be compulsive if you want to become president of Junior League. (I looked up this Junior League thing on the internet and I will bet you becoming president of the United States is an easier process than becoming a League President!) (Yes, there really is such a thing as Junior League, a community service organization)

9. Never chew gum in public and never smoke on the street.

The name of the book is A Southern Belle Primer, Or Why Princess Margaret Will Never Be A Kappa Kappa Gamma by Maryln Schwartz, just in case you want to study up on this stuff. Good Luck

I’m just curious if you remember the movie The Stepford Wives. Maybe those ladies would fit the criteria. What do you think? Contact me with questions or comments at DebbieWalker@townline.org.

Have a great week.

REVIEW POTPOURRI: Puccini’s La Boheme Up and down the Kennebec Valley: Governors with Kennebec ties
Scroll to top