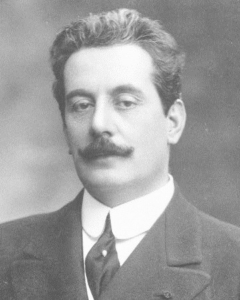 Arturo Toscanini conducting the NBC Symphony, chorus and soloists; RCA Victor, LM-6006, 2 LPs, from the radio broadcasts of February 3 and 10, 1946.

The inventor of the phonograph, Thomas Edison (1847-1931), was often accused of either being tone deaf or having no taste for music, two beliefs I consider to be mainly rubbish. He personally spearheaded a wide range of music on his cy­linder and flat disc record catalogs, that included popular singers, dance orchestras, country fiddlers, hymns, and operatic selections. With respect to the latter, he considered the opera La Boheme his favorite one of all and stated that the world is a better place because of its existence.

Giacomo Puccini (1858-1924) based La Boheme on Scenes of Bohemian Life by the French writer, Henri Murger (1822-1861), an episodic novel based on the lives of starving writers and artists living in Paris, including Murger’s before he achieved fame and fortune with this book. Puccini’s friend, Arturo Toscanini (1867-1957), conducted the February 1, 1896, world premiere at the Regio Theater in Turin, Italy, and it was mildly successful, unlike later productions in which it caught on with the public, who took it to their hearts and continue to do so. 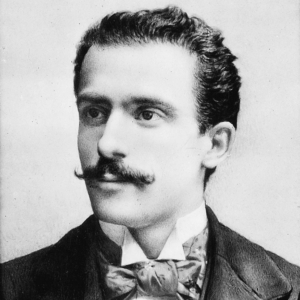 Fifty years after the premiere, Toscanini conducted this NBC radio broadcast, in which its four acts were split be­tween two Sun­days. It featured tenor Jan Peerce (1904-1984) as the poet Ro­­dolpho and soprano Licia Albanese (1909-2014) as the seamstress Mimi, with whom Rodolpho falls in love. Peerce was more gifted as a dramatic tenor but I feel his lyrical singing here was among the best I have heard in this role, right up there with Caruso, Jussi Bjoreling, Nicolai Gedda, Pavarotti etc.

Licia Albanese did her best singing in lyric roles and her Mimi was simply special.
The supporting cast, chorus and orchestra, under Toscanini’s divinely inspired leadership (with his constant, endearing, very audible humming), all performed as if their lives depended on it. Toscanini was notorious for his temper tantrums in rehearsals, often caused by wrong notes and the failure of the singers and instrumentalists to bring the same level of emotion he felt. What especially sets this Boheme apart from the other great ones was the vivid clarity of the orchestral details and their contribution to the vocal beauty.

To sum up, if there was one opera I would recommend for beginners, it’s this one.

Quote from the Maine writer/naturalist Henry Beston (1888-1968) in his 1948 book, Northern Farm, evoking the wondrous beauty sometimes found in the night sky: “It was the middle of the evening and in the north over a lonely farm, a great darkness of the forest, and one distant light, the dipper, stood on its handle, each star radiant in the blue and empty space about the pole.”

FOR YOUR HEALTH – The public health threat no one talks about: loneli... I’M JUST CURIOUS: Code of Conduct for Southern Belles
Scroll to top