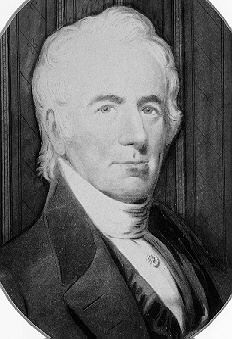 Maine’s first governor was William King, a Bath entrepreneur who had served in both houses of the Massachusetts General Court and been a leader in the movement to separate Maine from Massachusetts. He resigned the governorship at the end of May 1821 because President James Monroe asked him to represent the United States in treaty negotiations with Spain.

During discussion of the history of Albion for the June 11 issue of The Town Line, a friend mentioned “Albion” as a first name – unusual, she thought. The conversation reminded your writer that Maine had a governor whose first name was Albion: Albion K. Parris was sworn in Jan. 5, 1822, and left office Jan. 3, 1827, after serving five consecutive one-year terms (according to the Wikipedia article from which some of the information in this piece is taken).

Maine became a state on March 20, 1820, as we have been repeatedly reminded in 2020. The first four governors served a total of 21 months?

Governor #1 was William King, a Bath entrepreneur who had served in both houses of the Massachusetts General Court and been a leader in the movement to separate Maine from Massachusetts. He resigned the governorship at the end of May 1821 because President James Monroe asked him to represent the United States in treaty negotiations with Spain. King is credited with negotiating an 1824 agreement that avoided United States entanglement in Spain’s efforts to reconquer Mexico.

Governor #2 was William Durkee Williamson, a Bangor lawyer who took office May 28, 1821, and served until Dec. 5, 1821. Legally, he was the acting governor, taking over because he was President of the Senate when King resigned. Williamson in turn resigned after he was elected to the U. S. House of Representatives. (His detailed 1832 two-volume history of Maine is interesting in both content and style.)

Governor #3 was Benjamin Ames, another acting governor, who served from Dec. 5, 1821, to Jan. 2, 1822. A Harvard graduate, Class of 1803, he was a Bath lawyer and the first Speaker of the Maine House. He became governor because with Williamson promoted, the Senate had no president until it was re-organized after the September 1821 elections.

Once the Senate was reorganized, Ames saw no reason to remain governor; he resigned. In 1824 he was elected to the state Senate and soon became its president, and in 1827 he served again in the House of Representatives.

Governor #4 was Daniel Rose, another interim governor, the new President of the Senate chosen in late 1821. He served for three days, from Jan. 2 to Jan. 5, 1822, when Parris took over. Rose was a Boothbay doctor with a degree from Yale (1791). Leaving politics in 1824, he helped design the Maine State Prison in Thomaston and became its first warden. (The prison was relocated to Warren in 2002.)

When Maine became a state, its Constitution set the governor’s term at one year, with the first governor (and legislature) to be elected on the first Monday in April 1820. After that, state elections were in September and those elected took office the first Wednesday of the next January. Presidential elections were in November with the rest of the country. 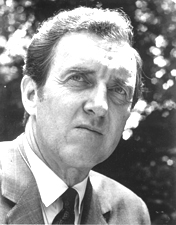 Edmund Sixtus Muskie (#64) had been re-elected for a second term in September 1956, during which he led the movement for the Constitutional amendment changing the fall state election to November. In 1958 he was elected to the United States Senate and therefore resigned the governorship on Jan. 2, 1959. The Rumford native and Waterville attorney would later become a presidential candidate in 1972.

In September 1850, voters again amended the Constitution to change back to the January schedule. They provided that governors and legislators elected in September 1850 and inaugurated in May 1851 would serve until the first Wednesday in January 1853.

(Numerous on-line sources give the wording of these amendments; this writer found nothing that explains them. She theorizes that legislators disliked traveling to Augusta in January, but found the lack of synchronization with municipal and national years even less convenient.)

In September 1957, Maine voters approved another Constitutional amendment extending the governor’s term to four years and providing that no one could hold the office for more than two consecutive terms. The governor takes office the first Wednesday after the first Tuesday in January and serves until a successor has been elected.

After the revolving-door governorships between 1820 and 1822, the other time voters must have wondered who was in charge was in 1959, the calendar year during which Maine had four governors.

Edmund Sixtus Muskie (#64) had been re-elected for a second term in September 1956, during which he led the movement for the Constitutional amendment changing the fall state election to November. In 1958 he was elected to the United States Senate and therefore resigned the governorship on Jan. 2, 1959. 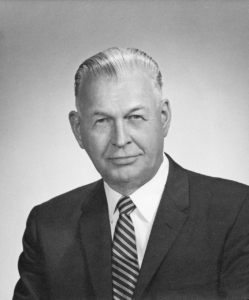 Haskell was a University of Maine graduate, Class of 1925, with an engineering degree; he rose through Bangor Hydro-Electric Company to become its president in 1958. He served one term in the Maine House and five in the Senate, two as majority leader and two as Senate President; his colleagues called him “Slide Rule Bob” because of his mathematical skills.

Reed served from Dec. 30 until Clauson’s term would have ended in November 1960. He was elected in his own right that fall, and in 1962 was re-elected as the first governor to serve a four-year term. After his Maine political career he was appointed to the National Transportation Safety Board in 1966, and in the 1970s and 1980s was United States Ambassador to Sri Lanka and the Maldive Isands.

Governor Rose’s three days in 1822 was not the shortest Maine gubernatorial term. Two men held the office for one day each

— Senate President Nathaniel Mervin Haskell was governor #62 for the 25 hours between the end of Governor Burton Cross’s Maine Senate term and the beginning of his second gubernatorial term. Cross was both the 61st and the 63rd Maine Governor. 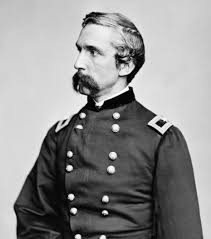 Joshua Chamberlain, #32, was a military hero from the Civil War that helped the Union Army defeat the Confederates at Gettysburg during the Civil War.

Dana left politics after May 1850 and in 1853 became President Franklin Pierce’s charge d’affaires in Bolivia. Back in Maine, he ran unsuccessfully for governor again in 1860. He then moved to South America to raise sheep and, his Wikipedia page says, died in December 1867 of cholera he caught while assisting Argentinian victims. 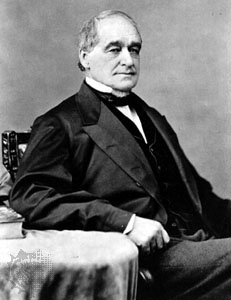 Hamlin had been a member of the United States House of Representatives (1843-1847) and a major in the Maine militia (in that capacity he helped negotiate a peaceful end to the boundary war between the U. S. and Canada called the Aroostook War [1838-1839]). From March 4, 1861, until March 4, 1865, he was United States vice-president under Abraham Lincoln.

If the concept of “town or city” is expanded, the list could include Chamberlain (Joshua Chamberlain, (#32). Wikipedia identifies Chamberlain as an unincorporated village in the Town of Bristol and says Chamberlain has its own ZIP code. There is also an organized territory in Aroostook County identified as Connor (Seldon Connor, #35) and a Reed Plantation, also in Aroostook (John Reed, #67).

Anson Morrill and Sidney Perham are the only Maine governors, so far, who share both their first and their last names with a Maine town.