Of the 26 chief justices of the Maine Supreme Court, Augusta has provided six – perhaps not surprising for the state capital. Portland is second, with five chief justices including Leigh Saufly, who was appointed Dec. 6, 2001, and retired April 14, 2020. Andrew Mead is currently acting Chief Justice. None of the other Kennebec Valley towns in this series has brought forth a chief justice, though Wikipedia lists Waterville as the residence of five of the 109 associate justices.

The state Supreme Court, known as the Law Court when it acts as an appellate court, was established by legislative act June 24, 1820, according to the chapter on the courts in Kingsbury’s Kennebec County history. (The chapter was written by William Penn Whitehouse, later to become the court’s tenth Chief Justice.) The court initially had a Chief Justice and two Associate Justices. The membership was increased in 1847 and again in 1852. When Whitehouse wrote in 1892, he said there were a Chief Justice and seven Associates, as there are now.

The court’s office is in Portland. Wikipedia comments that most state supreme courts meet in the capital city, but Portland’s Cumberland County courthouse offered a larger meeting room than Augusta’s Kennebec County courthouse.

The court’s website lists five principal duties: hearing appeals on legal grounds from lower-court cases, both civil and criminal; giving the governor and the legislature advisory opinions on important issues; supervising the conduct of Maine lawyers and judges (including disciplinary power); making procedural rules that apply to all Maine courts; and, through its appellate division, hearing appeals of criminal convictions if the defendant received a prison sentence of a year or more. Wikipedia says only a few other state constitutions authorize state supreme courts to issue advisory opinions. 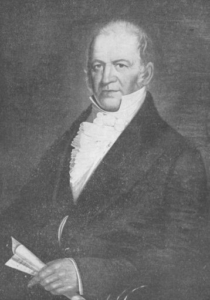 The court’s members were initially appointed July 1, 1820, with Prentiss Mellen, of Portland, as the first Chief Justice. 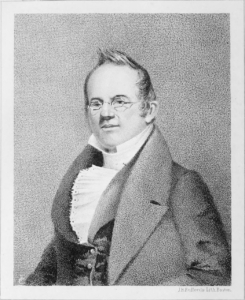 The second Maine Chief Justice was Augusta native Nathan Weston, Jr. (1782-1872). A Dartmouth College graduate (Class of 1803) and lawyer in Boston, he was appointed Chief Justice of the Second Circuit of Maine in 1811. After Maine and Massachusetts separated on March 15, 1820, and the Maine Supreme Court was created, he became one of the initial associate justices on July 1, 1820.

Louis Hatch wrote in his Maine: A History that in 1825 a Maine legislative caucus offered to nominate Weston for governor, after incumbent Albion K. Parris declined to run for a sixth term. Weston preferred to stay on the court.

In 1827, Weston bought the Fuller-Weston House on Summer Street, in Augusta. The Federal-style two-story wooden house was built in 1818 for a lawyer named Henry Weld Fuller, who sold it to Weston. Weston lived there with his wife Paulina Bass Cony (1787-1857) and their four sons and four daughters, born between 1810 and 1824.

Later, Wikipedia says, the house was the St. Mark’s Episcopal Church rectory. House and church have been on the National Register of Historic Places since 1984.

Records do not show what Weston did between 1841 and his death in 1872. Apparently, however, he continued to be an important figure in Augusta. When a large public meeting was held on April 22, 1861, as part of Maine’s response to the beginning of the Civil War, he was one of the speakers, along with Lot M. Morrill, former three-term governor and in 1861 United States Senator; James G. Blaine, at that time a member of the state House of Representatives and chairman of the state Republican Committee; and others. 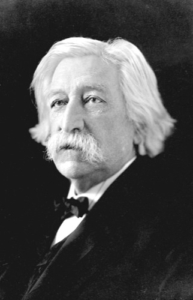 Weston’s daughter Catherine married Fuller’s son Frederick and gave birth to a son, Melville Weston Fuller, in February 1833. The couple divorced almost immediately, Wikipedia says, and Melville was raised in the Summer Street house by his grandfather. Following family precedent, Melville studied law and rose to the position of Chief Justice of the United States Supreme Court, a position he held from July 20, 1888, until his death July 10, 1910.

(Melville Fuller’s statue outside the Kennebec County courthouse, in Augusta, is currently a topic of public debate, because during his tenure the 1896 “Plessy v. Ferguson” decision upheld racial segregation laws, the “separate but equal” doctrine. According to a recent Kennebec Journal article, Fuller did not write the decision, but agreed with it. Earlier this year the Maine Supreme Court asked Kennebec County Commissioners to remove the statue from the courthouse, calling it inconsistent with contemporary judges’ values.) 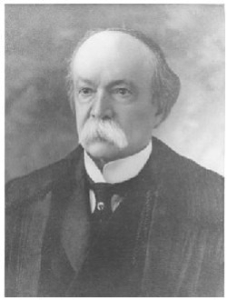 The second Augusta Chief Justice was the court’s 10th, William Penn Whitehouse (1842-1922). Born in Vassalboro, son of John Roberts Whitehouse and Hannah Percival Whitehouse, he attended China Academy, entered Waterville (now Colby) College in September 1858, graduated with honors in 1863 and earned a master’s degree in 1866. After a year as principal of Vassalboro Academy, he studied law, becoming a member of the Kennebec Bar in October 1865.

Whitehouse served as Augusta city solicitor for four years, Kennebec County attorney for seven years and Kennebec County Superior Court judge for 12 years. He was appointed an Associate Justice of the state Supreme Court on April 15, 1890, and Chief Justice on July 26, 1911. He served less than two years, resigning on April 8, 1913, and returning to practice in Augusta.

Colby awarded him an honorary LLD in 1896 and Bowdoin another in 1912. An on-line site (which this writer has not confirmed) describes the historical marker on Water Street, in Augusta, east of and close to Memorial Circle, where his house once stood. The house was a Greek Revival building dating from 1851; Whitehouse bought it in 1879 and died there on Oct. 22, 1922. The marker says the house became an apartment building and was demolished in 2007.

According to the marker, Whitehouse was “a strong advocate for the abolition of the death penalty in Maine.” An on-line source quotes Hatch, writing as though he knew Whitehouse, as offering high praise for his legal knowledge and his character, using phrases like “fair-mindedness,” “sense of duty,” “keen and ready mind,” “gracious and urbane manners” and “balance and sanity of temperament.” (The on-line source purports to be reprinting a long excerpt about the Whitehouse family from Hatch’s Maine history, pp. 35 and 36. However, in this writer’s facsimile copy of the 1919 printed history, the index refers to no such material, and pp. 35 and 36 deal with military actions during the Revolution.)

Whitehouse married Evelyn Marie Treat (1843-1925) in 1869. Two of their three children died in infancy; their first-born, Robert Treat Whitehouse, was also a lawyer with a practice in Portland. 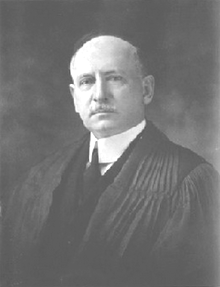 Leslie Colby Cornish (1854-1925), a Winslow native, became Maine’s 12th Chief Justice on June 25, 1917. Son of Colby Coombs Cornish and Pauline Bailey Simpson Cornish, he attended Waterville Classical Institute (later Coburn Classical Institute) and graduated from Colby College, Class of 1875, with high honors. He was one of Coburn’s original 1901 trustees, and from 1907 to 1926 he chaired Colby’s Board of Trustees.

The April 10, 1807, issue of the Colby Echo reported that Cornish had thrice rejected nominations to the Maine Supreme Court because he preferred practicing law. In 1807, the Echo writer surmised, he accepted because he and Governor William Titcomb Cobb had been roommates at Harvard Law School and friends ever since. The writer commented that with Cornish’s appointment, “while the bar of Maine loses one of its most brilliant and best beloved practitioners, the bench gains a member who will honor and adorn it.”

In 1922 Cornish was chosen a member of an American Bar Association committee chaired by Supreme Court Justice William Howard Taft to draw up a code of judicial ethics.

An on-line excerpt from Sprague’s Journal of Maine History credits Cornish with restoring a Wiscasset monument honoring Samuel Sewall, a Commonwealth of Massachusetts Chief Justice who died suddenly while holding a court session at Wiscasset on June 8, 1814. Cornish was similarly representing the Maine court in the 1920s when he found the monument in disrepair and started a restoration fund. Massachusetts Chief Justice Arthur P. Rugg joined his effort.

Sprague adds that Cornish was “one of the cultured men of Maine who are appreciative readers of Maine history; who believe that it should be taught to the youth of Maine in our public school[s]; and that the state should pursue a broad and liberal policy in encouraging the publication of literature relating to it.”

(Sprague wrote that Sewall died, and Cornish discovered the neglected monument, when each was holding a “nisi prius” term at the Wiscasset courthouse. On-line legal dictionaries translate “nisi prius” as “unless before,” summarize its origin in British law, offer “court of original jurisdiction” as substitute wording and explain that it describes a trial court [as distinguished from an appeals court] where cases are tried before a judge. Some definitions say a judge and jury, and one limits trials in the United States to civil cases.)