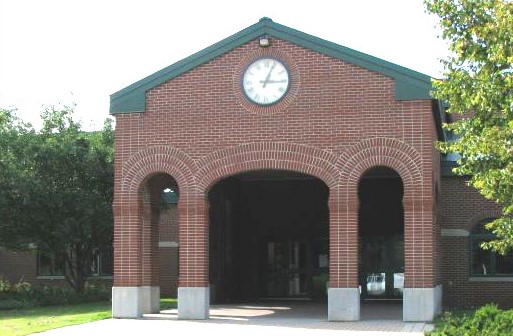 At their Nov. 15 meeting, Vassalboro school board members reviewed a draft lease agreement with Jennifer Lizotte’s daycare, which has been operating at Vassalboro Community School (VCS) with mutual satisfaction.

Superintendent Alan Pfeiffer said he, assistant principal Tabitha Brewer and director of maintenance and grounds Shelley Phillips worked on the document with Lizotte. He did not expect a Nov. 15 vote, and board members postponed final action to their December meeting (which, Pfeiffer reported later, will be earlier in the month than usual, on Wednesday, Dec. 14).

Pfeiffer said the daycare is headquartered in the one available room and shares common spaces, like the gymnasium, cafeteria, playground and front lobby, with VCS students and activities getting priority.

School board chairman Jolene Gamage questioned how much extra the daycare costs in janitorial and other services, and whether its presence in the summer adds costs or complicates summer repairs and maintenance.

Phillips said when the daycare shared Winslow school buildings, they “pretty much took care of themselves.” Cleaning had to be done anyway, and Lizotte and her staff were accepting of suggestions and easy to work with.

VCS Principal Ira Michaud said his experience has been the same: Lizotte and her staff are “very good to work with.”

The draft contract includes a $25-per-day fee, to be confirmed or changed at the December meeting. Pfeiffer said both the daycare program and the school have appropriate insurance, and the contract has had legal review.

In its present form, the contract would run to June 30, 2024, with a review scheduled in May 2023 and the possibility of amendments based on 2022-23 experience.

The other topic discussed at length Nov. 15 was Michaud’s and curriculum director Carol Kiesman’s analysis of VCS students’ performance on the NWEA tests. The letters stand for Northwest Evaluation Association; NWEA is described on line as a research-based nonprofit organization that develops assessments of student performance.

NWEA tests are widely used, Michaud said, providing a large number of students with whom to compare local results. Kiesman summarized VCS results from spring and fall 2022: “We did improve from last year to this year, but we have a long way to go.”

Michaud and Pfeiffer said VCS teachers will use their classes’ results to help find strengths and weaknesses and refine teaching methods and materials. The next important round of NWEA tests is in the spring of 2023 – but, Michaud said, the Maine Department of Education intends to change the format, making comparisons with previous results difficult. He sees the spring 2023 tests as “starting a new baseline.”

The Nov. 15 meeting was the evening of the day that 10 Maine schools – Gardiner Area High School was the closest to Vassalboro – received calls claiming an active shooter was on campus. The calls were hoaxes.

Pfeiffer said he was promptly in touch with state police and later with the Kennebec County sheriff’s office and state education officials.

Most of the rest of Pfeiffer’s report dealt with pending maintenance issues – a possible grant to improve heating and ventilation, and repair or replacement of damaged curbing along parking lots and driveways. The curbing in the staff parking lot is still the original, put in in 1992, he commented.

Kiesman enthusiastically reported that VCS pre-kindergarten classes are “all good stuff, wonderful.” The October school newsletter, available on line at vcsvikings.org, reports that pre-k students spent part of the month learning about pumpkins, including a song and crafts projects.

Speaking for finance director Paula Pooler, Pfeiffer said the budget is running as planned and the school lunch program, which in past years has lost money, is “still in the black.”

As the superintendent recommended, board members approved higher wages for some categories of employees. They met in executive session after the Nov. 15 meeting and again on Nov. 21 to continue contract discussions.

Board members accepted the resignation of kindergarten teacher Miranda Kuesport.

The Vassalboro school board’s December meeting has been scheduled for 6 p.m. Wednesday, Dec. 14, to avoid a conflict with the Dec. 20 VCS band and chorus holiday concert.