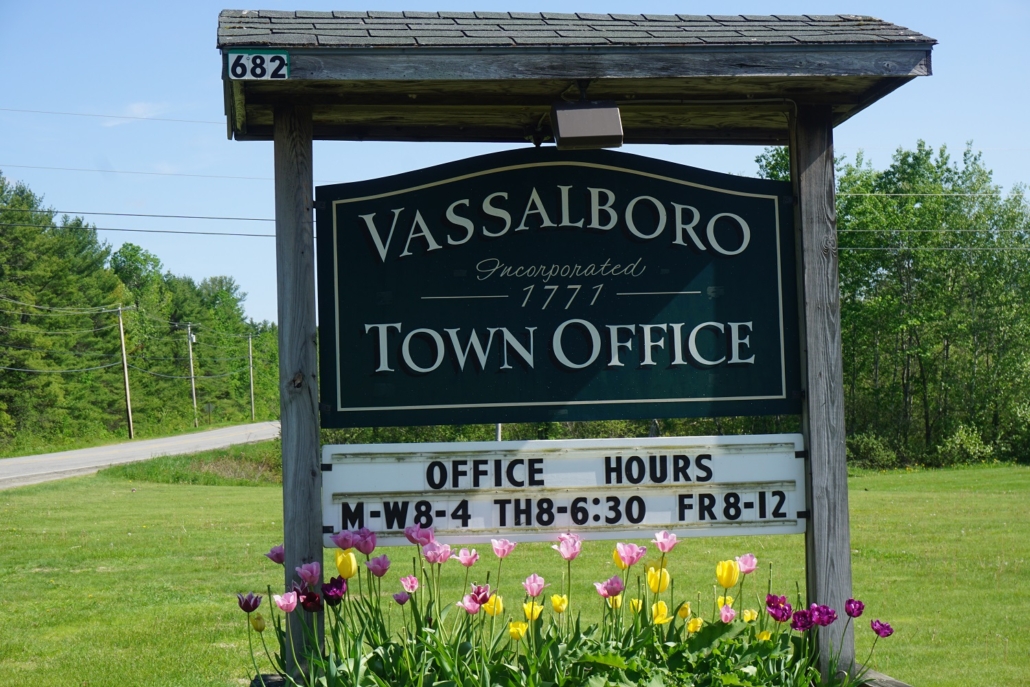 At their Jan. 23 meeting, Vassalboro selectmen unanimously approved a request for proposals (RFP) for a solar energy project for the town, including the school department and the Vassalboro Sanitary District. The RFP was prepared by the Solar Energy Project Committee; committee chairman, Selectman John Melrose, said Sanitary District and school officials were consulted.

The schedule for bidders is as follows: notices of intent to bid are due by Feb. 7; a mandatory pre-proposal meeting, RFP review and site visit are scheduled for Feb. 12; town officials must respond to any comments or questions arising from the meeting by Feb. 18; and proposals are due at the town office by 3 p.m. March 9.

The solar installation is to tie into Central Maine Power Company’s service. Bidders have a choice of four sites: Vassalboro Community School land or, with an engineer’s approval, the roof of the building; the town office lot; the North Vassalboro fire station lot; and the Vassalboro Sanitary District’s East Vassalboro property that currently contains a sand filter bed, to be discontinued when the sewer connection to Winslow is finished.

Selectmen also had a request from Michael Vashon, representing the volunteer fire department, to clarify whether town funds approved by voters to match grants the department received are to be used only for state or federal grants, or whether they can match grants from private foundations.

Selectmen voted unanimously that foundation grants can also be matched with tax dollars.

Vashon said with grants and town funds the firefighters have bought and installed new mobile radios and partly funded new portable radios. They’re saving money now for a new fire truck, at an estimated price of about $365,000.

In other business Jan. 23, selectmen renewed the liquor license for Natanis Golf Course, with course owner and Selectman Robert Browne abstaining from discussion and voting.

They told resident Michael Poulin, who would like the town’s Tax Increment Finance (TIF) policy amended, that a consultant is reviewing the policy (see The Town Line, Dec. 19, 2019).

Tom Richards, Commander of Vassalboro American Legion Post #126, asked whether town funds might be used if the post helped organize a Memorial Day ceremony. Board Chairman Lauchlin Titus and Sabins said past observances have cost $300 or less. Titus suggested Richards talk with his wife, Linda Titus, head of the Vassalboro Business Association, about past and possible future events.

Sabins said repairs to the utility room and updates to the computer system are in progress, with the computer system nearly done and more time-consuming – and therefore more expensive – than expected. Once that is finished, she said, the Cemetery Committee will be able to install a much-needed cemetery record program and hire an intern to collect information to fill it.

Voters appropriated $28,000 this year for the town’s share in the maintenance of cemeteries and public grounds and for Memorial Day expenses.