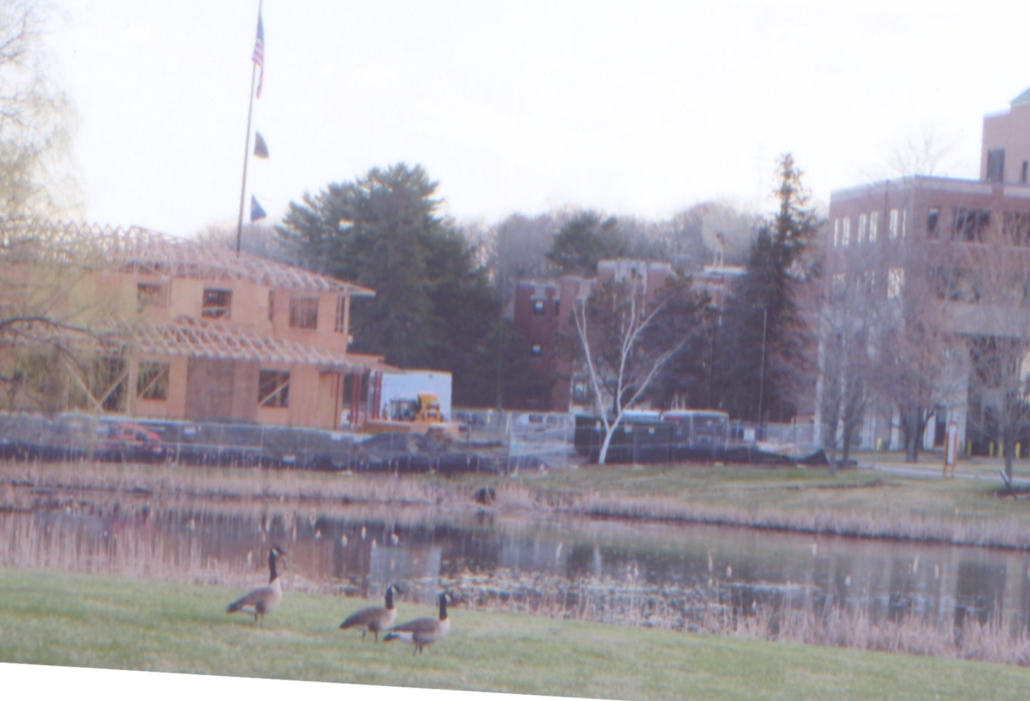 Hello my fellow vets. It’s been a couple of weeks since we’ve communicated via media. Most of what we have talked about via blog and phone had political overtones so I haven’t been able to address those issues in the paper. Most of what veterans are going through at this time have deep political overtones. So, I will just try to address other issues that affect we veterans by using a different venue.

One issue that seems to be bothering some of you is the new congestion at the Togus VA facility due to the advent of the construction of a new building in front of building #200. Building #200 houses most medical specialties such as ENT, Orthopedics, Cardiology, Spinal Cord, Physical Therapy, Gastro and much more as well as the Emergency Department. All this being said, this is a critical and very busy area.

Handicapped veterans are dropped off here and ambulances arrive here. Of all the buildings housed on the VA facility this is by far the busiest. Veterans have made complaints about what they consider an already congested area. This has turned out to become an even more serious problem with Regional Director Ryan Lilly’s decision to allow the building of the Fisher House directly across the street from this main entrance.

As I understand it, the Fisher House will accommodate families of inpatient veterans, on a temporary basis. I have been told that the Fisher House is being built through some sort of grant/trust fund. The problem here is where the new regional director, Ryan Lilly, decided to place this very big unit. Grants are wonderful but should not have stipulations of placement. VA has 500 acres and supplied transportation, if needed; location shouldn’t make a difference regarding placement.

The two most important issues regarding the placement of this massive undertaking is putting it in an already congested area and also allowing the building to be built in an area always considered to be protected by the Wetland Mandates. Within a few feet of where this building is being placed is a pond teaming with shiners (small fish), reeds containing frogs and cricket; who have always permeated the evening air with their well known and very soothing songs. Also, it has always been a sanctuary for ducks and geese. It has been a safe haven and feeding source for the migrating ducks and Canada geese for as long as I can remember. I have been going there for nearly 50 years.

Perhaps federally-controlled land falls under different rules and regulations than does domestic lands. I will have to research that more. If you have knowledge or feelings about this issue please let me know. I have contacted the department of wetlands but haven’t had a return call as of yet.

As you might recall, the previous VA Director, Ryan Lilly, initiated the Veteran Homeless Housing issue which met with some resistance as the housing was placed on federal land which has always been reserved for the VA medical facility and its future growth. At that time Mr. Lilly stated he might even consider expanding that housing idea. My question would be, does he have that kind of authority? The idea is good but the location is very poorly thought out. Our homeless vets need shelter but not next door to the hospital. There have been problems with other homeless facilities but that information wasn’t shared with our state officials. I and others feel that more oversight should be given in the future to avoid invidious overtones, of which there seems to be some. Since Mr. Lilly has been promoted to regional director it seems that the local directorship has been given to someone sharing a nepotic or at least close relationship with Mr. Lilly, Ms. Tracye Davis. The Peter Principle, which stated something regarding being promoted to the height of incompetence, might apply here. The Epiphany here should be obvious; VA problems most likely remain the same, under the same leadership principle. Ms. Davis will oversee 43,000 Maine veterans using a budget of $370 million. We will just have to watch.

Obituaries for Thursday, May 30, 2019 Unity College 2019 graduates: Be prepared for change
Scroll to top