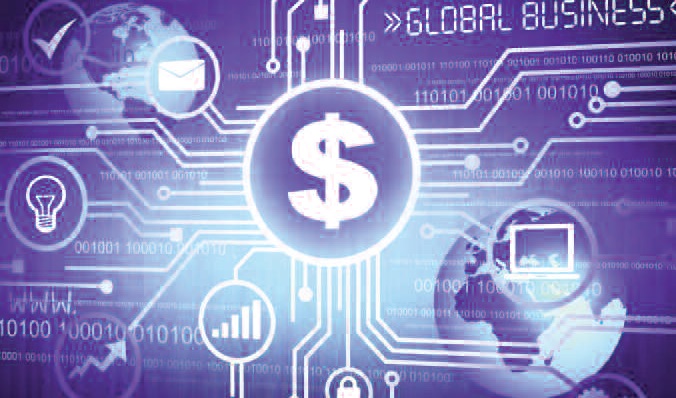 Commerce began simply enough. When roving bands of hardly-human migratory hunters met in the Neolithic wilderness, it was only natural that they compare resources and exchange goods. The first trades were simple barters: two beaver skins and a mammoth tusk for a dozen arrowheads and a couple of wolf pelts.

As people settled down and built cities, there was a need to standardize commerce. In ancient Babylon, one of our earliest civilizations, barley served as a standard of measurement. The smallest monetary unit, the ‘shekel,’ was equal to 180 grains of barley.

The first coins appeared not long after. Initially, a coin was worth the value of the metal it was minted from, but eventually its intrinsic value separated from its representational value. When the state watered down the alloy of a gold coin with baser metals, such as tin or copper, they invented inflation. With the introduction of paper money, first in China in the 7th century CE and later in medieval Europe, the idea of intrinsic worth was done away with entirely for a representational value dictated by the state.

In the 19th and 20th centuries, corporations took over from the state as the main drivers in the evolution of commerce. Then, in the 1960s, the foundations of e-commerce were laid down with the establishment of the Electronic Data Interchange (EDI). The EDI defines the standards for transactions between two electronic devices on a network. It was initially developed out of Cold War military strategic thinking, specifically the need for logistical coordination of transported goods during the 1948 Berlin Airlift.

Worry about the security of such communication kept it from being used for financial transactions until 1994, when Netscape, an early browser technology company and the foundation of browsers such as Firefox, invented Secure Socket Layers (SSL) encryption, a cryptographic protocol that provides communications security for computers over a network. After this breakthrough, various third parties began providing credit card processing services. A short time later, Verisign developed the first unique digital identifier, or SSL certificate, to verify merchants. With that our current system for online commerce was complete.

So why is Internet security still such a constant worry? Part of the problem is embedded in the structure of the Internet itself. The Internet is first and foremost designed to facilitate communication, and its openness and decentralized structure is paradoxical to the financial sector, which depends on the surety of a centralized authority overseeing all transactions. Most of our existing security issues on the internet are a consequence of these diametrically opposed philosophies.

Cryptocurrencies are the result of thinking about money with an Internet mindset. Classified as a virtual currency, cryptocurrencies such as Bitcoin aim to solve a number of problems present in our current online transactional system by embracing the decentralized structure of the Internet and by lifting some novel concepts from cryptography, the study of encryption and code-breaking.

Introduced in 2009, Bitcoin was the world’s first virtual currency. Bitcoin tackles the security issues of our current system by decentralizing its transaction data. Bitcoin’s public ledger is called a ‘blockchain,’ with each block in the chain representing a financial transaction. The database is designed to prevent data alteration by building references to other transactions into each record. To alter one record, a hacker would need to alter every other record that references it in order to avoid detection.

And since the database is maintained by every computer participating in that chain of transactions, any data altered on one computer would be immediately detected by every other computer on the network. This ‘decentralized data’ concept eliminates the big weakness in our current system. Today, the control of data is concentrated in a few centralized institutions, and if the security of any one of those institutions is penetrated, the entire system becomes compromised.

Beyond creating a secure financial transaction system for the World Wide Web, another goal of cryptocurrencies is to reduce or even eliminate financial fees by removing the need for a middleman overseeing the transaction. Since no centralized banking authority is necessary to track transactions, many of the costs associated with the involvement of banking institutions disappear. This has made Bitcoin the preferred currency for moving money around the world, as it can be done with a minimum of bureaucratic fees. Western Union currently charges 7-8 percent transfer cost per $100. For migrant workers sending money home to their families, that’s a big hit.

With no personal, identifying information recorded as part of a Bitcoin transaction, it provides a level of anonymity not possible with our current system. However, as pointed out by MIT researchers, this anonymity only extends as far as the merchant accepting the transaction, who may still tag transaction IDs with personal customer info.

The anonymous nature of Bitcoin transactions is a boon to the security of consumers, but it presents a real problem for law enforcement. Bitcoin has become the favored currency for criminal activity. Kidnappers frequently insist on payment in Bitcoin. The WannaCry virus that attacked 200,000 computers in 150 countries earlier this year required victims to pay in Bitcoin.

The value of Bitcoin has steadily increased since it was introduced almost 10 years ago. In January 2014, one bitcoin was worth $869.61. As I write this in October 2017, that same bitcoin is valued at $5,521.32, an increase of more than 500 percent in just three years. With approximately 16 million bitcoins in circulation, the total current value of the Bitcoin market is almost $92 billion. The smallest unit of Bitcoin is called a ‘satoshi,’ worth 1 millionth of a bitcoin.

WannaCry isn’t the only cyberthreat to leverage Bitcoin either. Since Bitcoin is designed to reward computers which keep its database updated with new bitcoins, some malicious programmers have created viruses that hijack your computer in order to force it to mine bitcoins. Most people are not even aware this has happened. There may simply be a process running in the background, slowing down your PC, and quietly depositing earned bitcoins into a hacker’s digital wallet.

The benefits to be gained by this revolution in commerce – security, anonymity, and the elimination of the need for a financial middleman – are great, but the risks are not to be dismissed either. Even as the anonymous nature of cryptocurrencies provide the consumer with greater security and lower costs, it creates a haven for criminals and makes it more difficult for law enforcement to track cybercrime.

Whether Bitcoin sticks around or disappears to be replaced with something else, the philosophy and technology behind it will transform the financial sector in the decades to come. Our current internet commerce model is a slapdash attempt to stick an old system onto the new digital world of the Internet and cannot last. The road to a new financial reality is bound to be a rocky one, as banking institutions are not likely to accept the changes – and the recession of their influence – easily. But, as shown by the recent Equifax hack, which exposed the personal information of 143 million Americans, maybe trusting our financial security to a few, centralized institutions isn’t such a great idea. And maybe cryptocurrencies are part of the answer.