The China Board of Appeals has unanimously directed the planning board to redo its review of Parris and Catherine Varney’s application for commercial use of their Neck Road barn.

After the planning board rejected the application on October 25, on the ground that the Varneys failed to prove they could meet one of the 15 criteria for a commercial project in China’s ordinance, the Varneys filed an administrative appeal.

The main ground for the planning board decision, as reported to the Varneys in Codes Officer Paul Mitnik’s letter formally denying the application, was that the Varneys failed to meet the fifth criterion on the list. It requires applicants to prove projects will not disturb neighbors’ peaceful enjoyment of their properties “as a result of noise, vibrations, fumes, odor, dust, glare or other cause.”

The Varneys want to rent the barn out for weddings and similar celebrations, with music that they said would be entirely in the building.

Neighbors have argued that noise, traffic, headlights, consumption of alcohol, loss of privacy and other aspects of the project would be disturbing.

The Board of Appeals, Chairman Spencer Aitel said as he opened the Dec. 15 hearing, was not rehearing the application, but reviewing the planning board’s action to determine whether its decision had been reached correctly under the town ordinance. Matt Evans, the Varneys’ attorney, argued that the planning board failed to follow proper procedure in four respects, making its decision invalid.

First, he said, the planning board did not present the written findings of fact or conclusions of law required to support its decisions on each of the 15 criteria.

Second, planning board member Jim Wilkens’ participation tainted the procedure, since Wilkens is a neighbor of the Varneys, and his wife and son testified against the application. (Wilkens participated in discussion, but not voting, in initial planning board reviews of the application and removed himself physically from the board on Oct. 25.)

Third, Evans said, the Varneys presented a sound study that showed noise from music in the barn, with the doors closed, would be barely louder than normal background noise at the boundaries of their property, and the planning board heard no evidence to rebut the study.

Fourth, Evans thinks China’s ordinance lacks objective standards for deciding whether requirements are met, and therefore “appears to be arbitrary and capricious” and of doubtful validity under state law.

Testimony and discussion at the board of appeals focused on Evans’ first point and specifically on the noise issue. Neck Road resident John Deasy claimed that after the noise study was presented at the Oct. 11 public hearing on the Varneys’ application, neighbors were not given a chance to question or rebut it. The planning board record provides limited information on the qualifications of the sound engineer who did the study.

Board of Appeals member Virginia Davis said the record the board of appeals received did not clearly indicate whether the planning board allowed written testimony to be submitted for a specified time after the public hearing, as is common procedure. She believes interested parties should have been allowed to comment on testimony received at the hearing.

Davis was more concerned about the lack of written findings of fact, especially but not exclusively in relation to the fifth criterion. Written findings are required by local ordinance and state law, she said.

Her motion that the application be sent back to the planning board to make the required findings related to noise and the rest of the fifth criterion was unanimously approved. Davis added a request that planning board members do the same for the other 14 criteria, so that the board of appeals will not have to meet again. 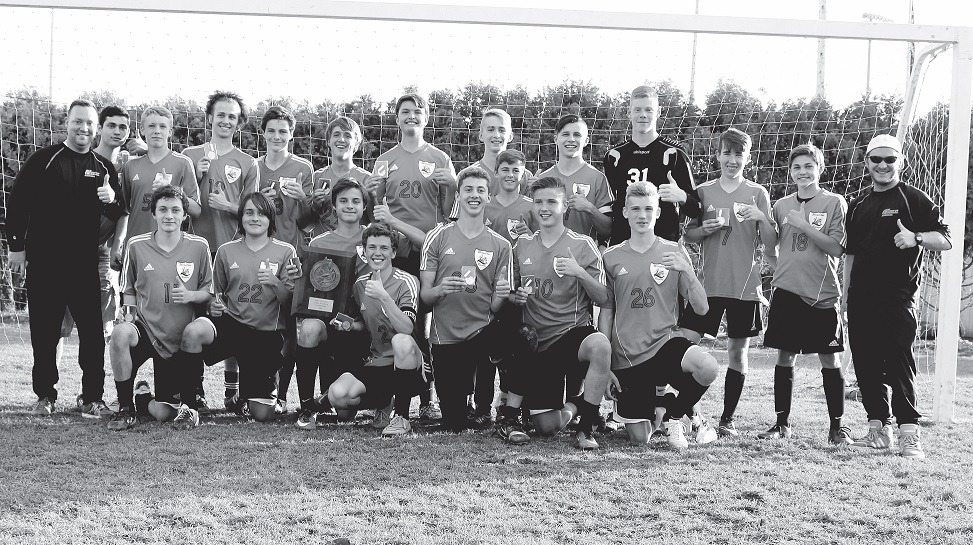 A piano scholarship for deserving students at Erskine Academy has been established in memory of Lori Anne Pinette [1958-2016].

Although an applicant’s talent and ability may be considered, this scholarship is principally based on financial need. This opportunity is provided to those who would most benefit from private piano instruction but might not otherwise receive such due to financial circumstances.

Born and raised in South China, Lori Anne Pinette was a gifted pianist and musician. She attended Oak Grove-Coburn School, in Vassalboro, and graduated in 1977. She retained her love of music and performed in various venues in Maine throughout her life. Lori unexpectedly died of a brain tumour in August 2016. The Lori Anne Pinette Memorial Piano Scholarship was established by her friends and family to honor her creative legacy and to continue her love of music in her home town and central Maine.

Interested persons may contribute to the scholarship fund which is tax deductible by sending funds to the following:

It’s the time of year when a majority of us struggle with New Year’s resolutions. What do you resolve to do, and will you be able to stick with it? Personally, I gave up on resolutions a long time ago. It was basically an exercise in futility.

Well, let me help you out. Here are a few that I have come across lately. Pick one, or more, if you can handle it. They shouldn’t be that difficult to implement.

Well, what are you waiting for!

If 125 registered voters attend, Vassalboro will hold a special town meeting at 7 p.m. Monday, Jan. 9, 2017, at Vassalboro Community School, to act on a two questions.

The first proposes an ordinance that would ban recreational marijuana facilities in town. The second, included in the event that the first is defeated, proposes a moratorium on such facilities.

If approved, the ordinance would not affect activities conducted under the Maine Medical Use of Marijuana Act.

If voters do not approve the prohibition, they have a second choice: a much longer “Town of Vassalboro Moratorium Ordinance on Retail Marijuana Establishments and Retail Marijuana Stores and Retail Marijuana Social Clubs.” The moratorium would remain in effect for 180 days and could be extended. The purpose would be to give town officials time to update local ordinances to protect residents from health and safety risks the ordinance alleges are posed by recreational marijuana activities. The law voters approved Nov. 8 allows municipal legislative bodies to regulate and to prohibit marijuana facilities.

In order to hold a special town meeting in Vassalboro, a quorum of 125 registered voters must be present. 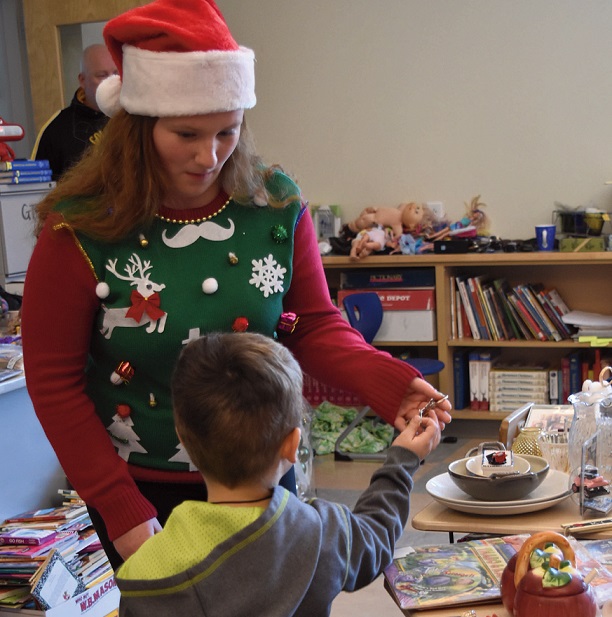 The Chelsea Elementary School annual holiday table was in full swing during the few days before school vacation. The annual tradition provides students with the opportunity to choose for their holiday shopping. Seventh and eighth grade students assisted the younger students. 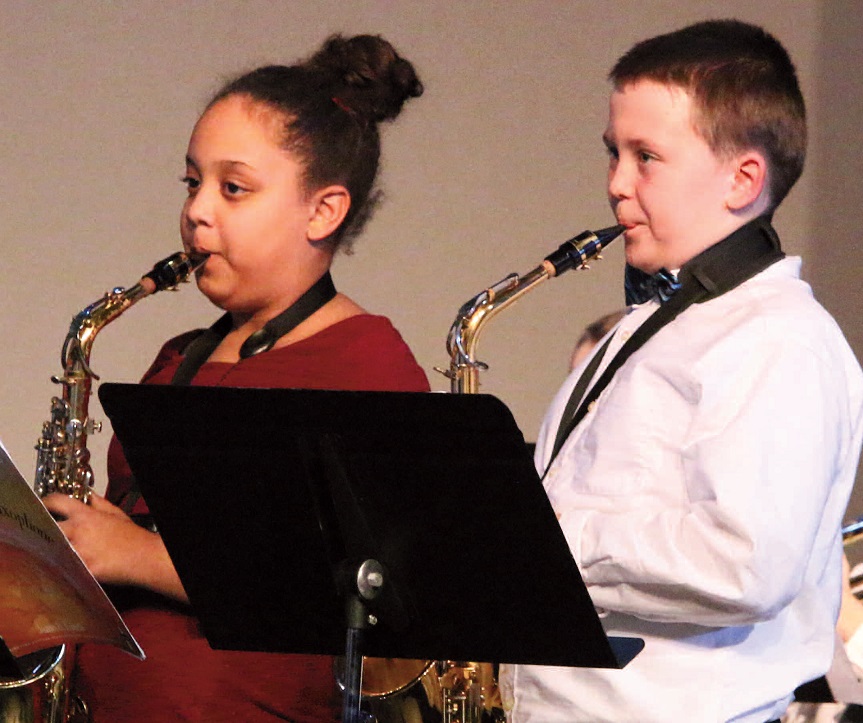 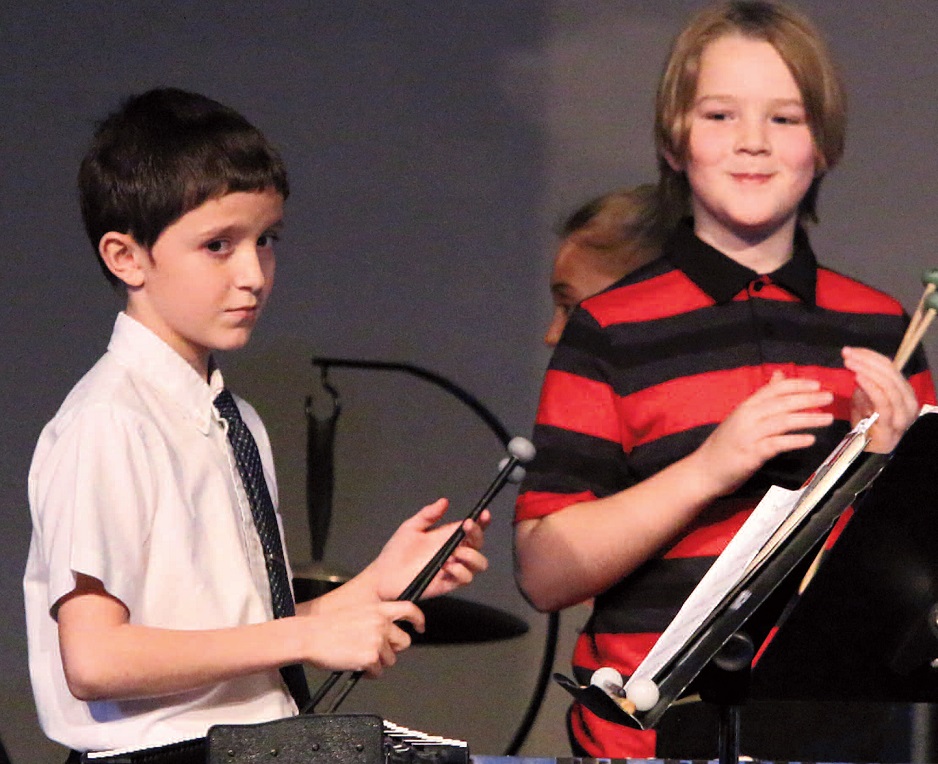 Trey Bard and Ryland Richards, performed with the percussion section.

LAST WESTERN TRIP: During their last run out west in their camper, Pat Clark and husband, of Palermo, snapped these spectacular photographs. From top to bottom, a glacier, Mesa Verde, and Monument Valley. 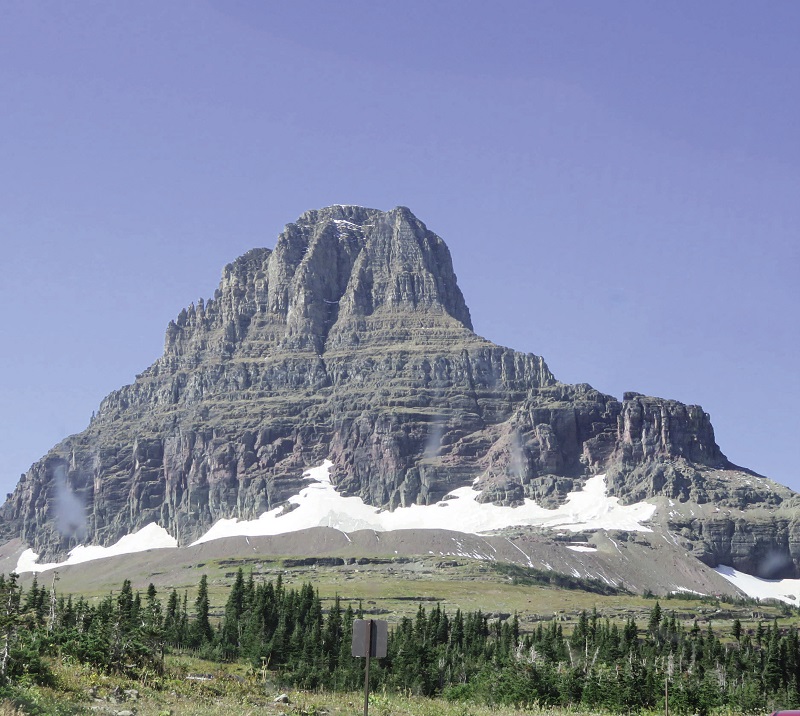 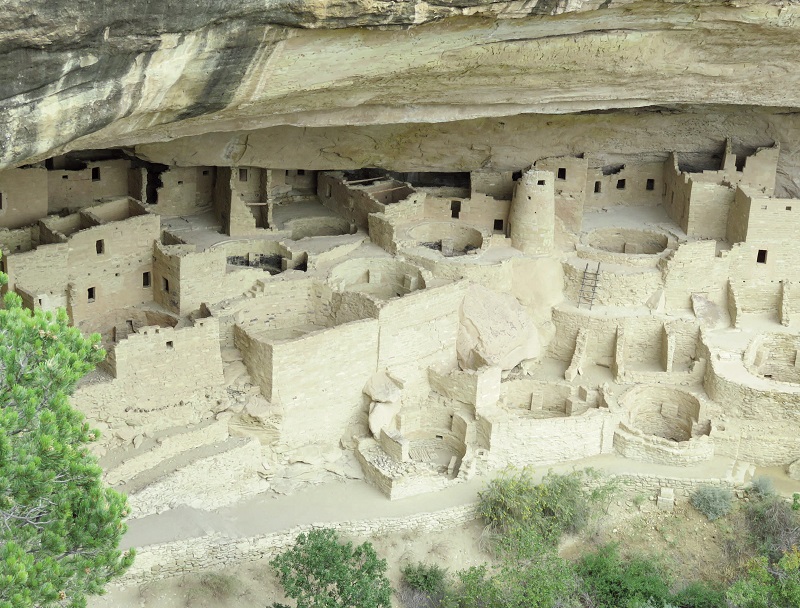 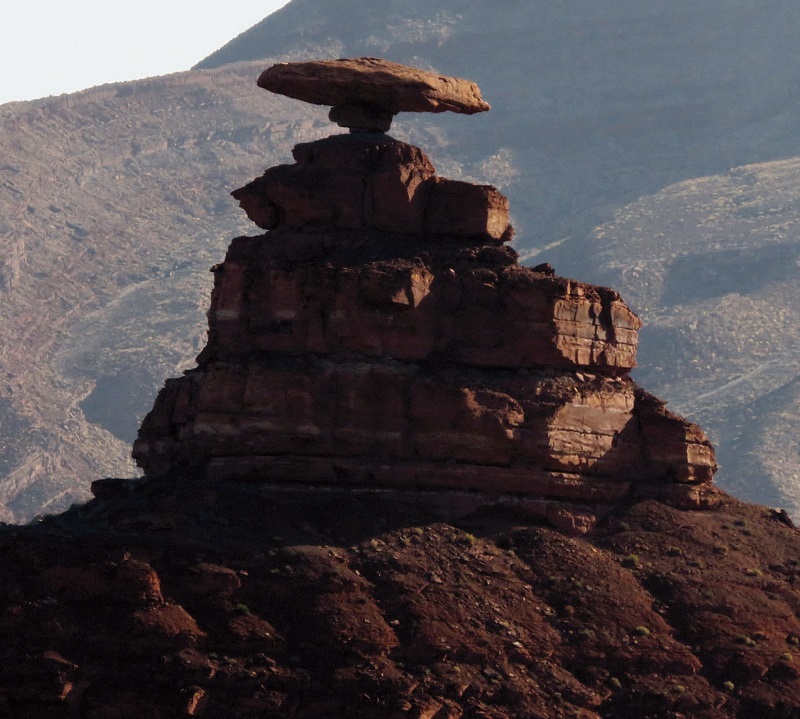 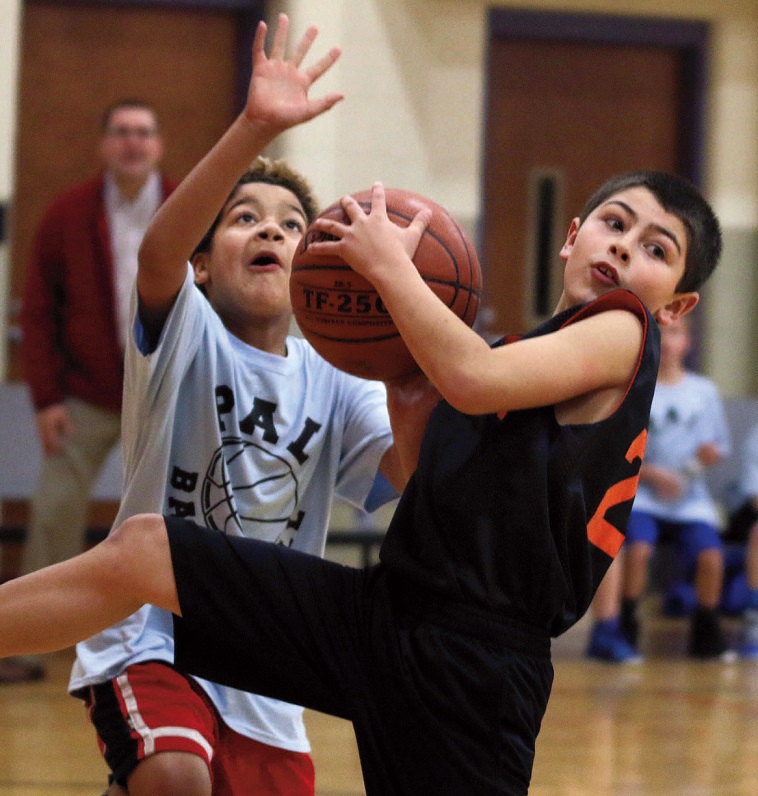 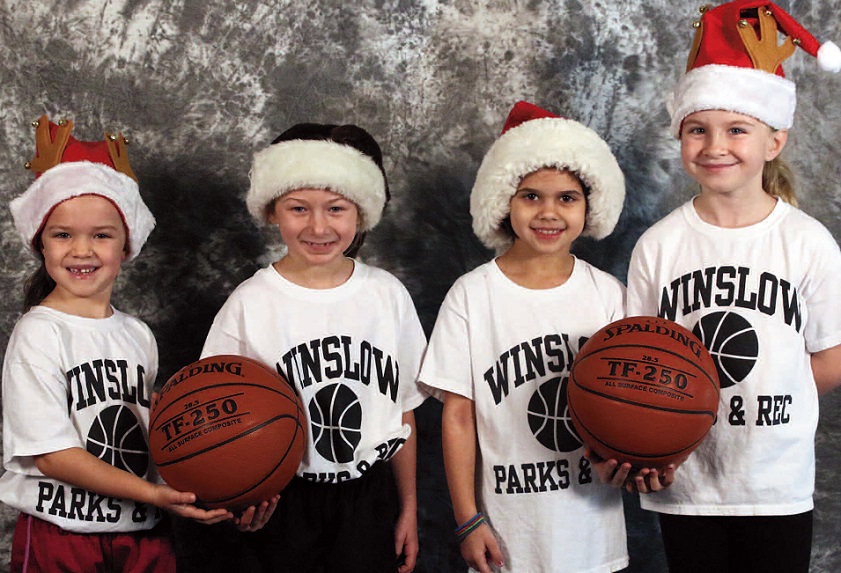 Members of the Winslow Rev grades 1-2 girls basketball team got into the holiday spirit at a recent photo shoot. From left to right, Emma Fales, Tenley Nadeau, Julia Ortins and Kera Bilodeau.