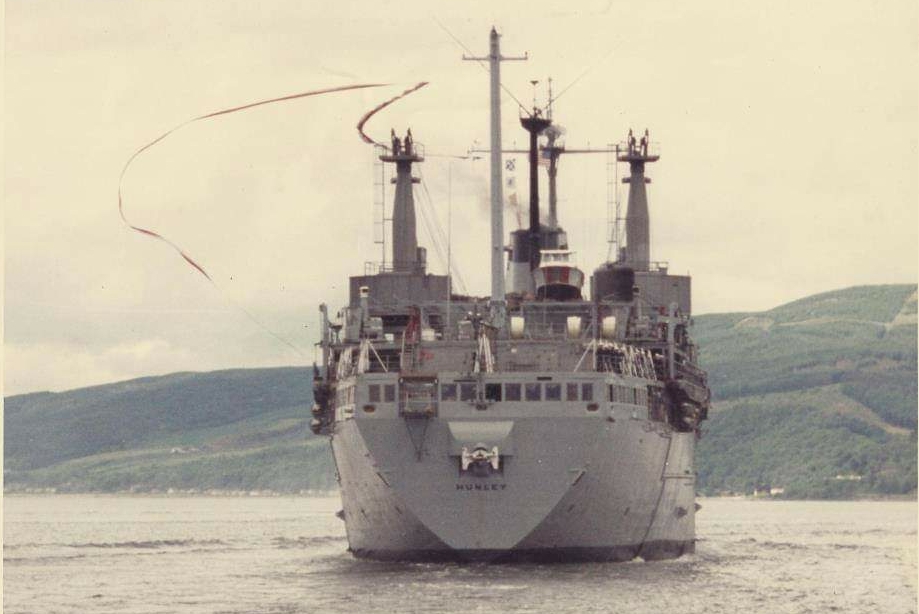 USS Hunley (AS-31) was a submarine tender of the United States Navy launched on September 28, 1961, and commissioned June 161962. The Hunley was designed to tend most of the long-term requirements of the Polaris Class of submarines. The ship achieved several records and milestones in its service. The Hunley was decommissioned from the regular navy, in 1995 transferred to the US Maritime Commission, and in 2007 sold as scrap to a metal recycling company in Louisiana. In September 2008, during Hurricane Gustav, the decommissioned ship broke free of its moorings in the New Orleans Inner Harbor, but caused little or no damage while adrift.

Hunley had the distinction of being the first ship designed and built from the keel up to service and maintain the U.S. Navy’s nuclear-powered Ballistic Missile Submarine Fleet. She had complete facilities for servicing the complex Polaris Weapons Systems and for accomplishing any submarine repair other than a major shipyard overhaul. The hull was laid down in by the Newport News Shipbuilding & Dry Dock Company, Newport News, Virginia and sponsored by Mrs. J. Palmer Gaillard, wife of the Mayor of Charleston, South Carolina. The ship was named in honor of Horace Lawson Hunley, the designer of the first submarine to sink an enemy vessel in naval history, the Confederate submarine H. L. Hunley.

The Vietnam War: I was there Joins military following in family footsteps: and still involved with veter...
Scroll to top