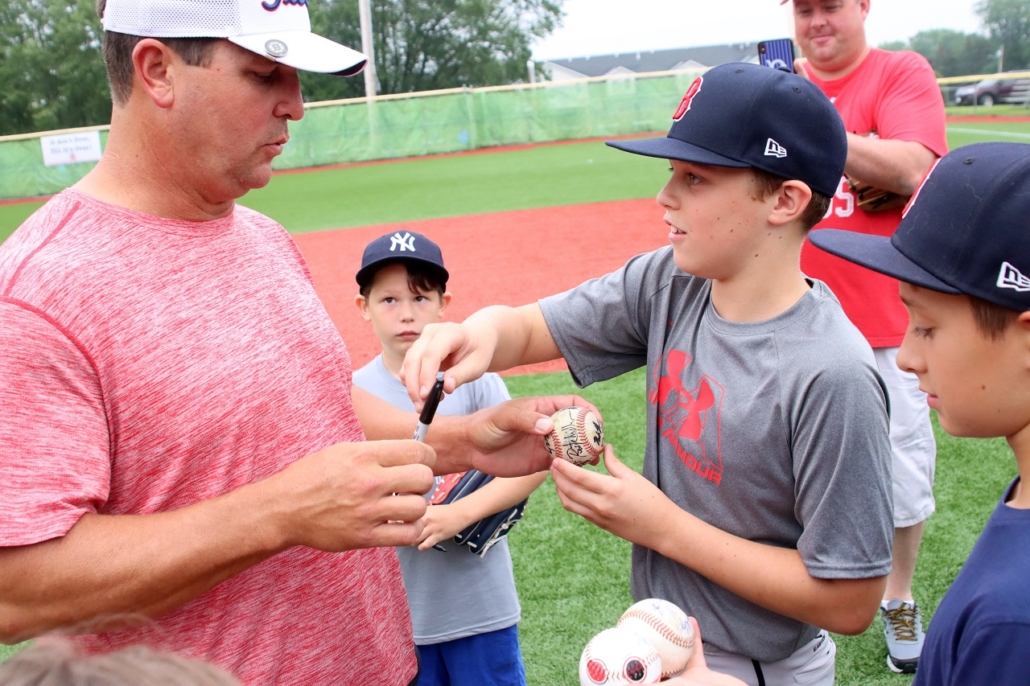 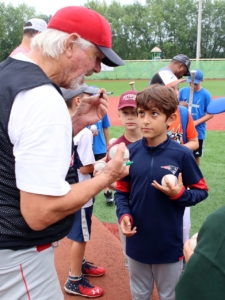 Thanks to the generosity of Ray Haskell, the youth in Maine have had the opportunity to attend a baseball clinic working with the Alfond Youth and Community Center, at Maine’s Fenway Park, in Oakland, and Purnell Wrigley Field, in Waterville. This year’s event was hosted at Purnell Wrigley Field on August 11, in which 100 youth from around the state attended.

After the clinic all the ball players attended the annual Golf Fundraiser at the Waterville Country Club. Thanks to Ray Haskell and the golf steering committee over $1,000,000 has been raised supporting programs at the Boys & Girls Club and YMCA over the past 15 years.

Waterville Cal Ripken Baseball team member Carson Mattice said, “I loved meeting the players. It was such a cool experience meeting players who were once at my level and age, who made it to the major leagues.” Carsons dad Stephen Mattice said, “As a parent, I would say that I truly appreciate these gentlemen coming out and spending some time with the kids and providing them with some advice and tips. They were all extremely down to earth and friendly to all.”

Cameron McInnis, 10, of Waterville, said “it was awesome! I enjoyed getting autographs from the players that were there. I really enjoyed the pitching tips I learned!”

This was surely a great opportunity for kids of all ages. 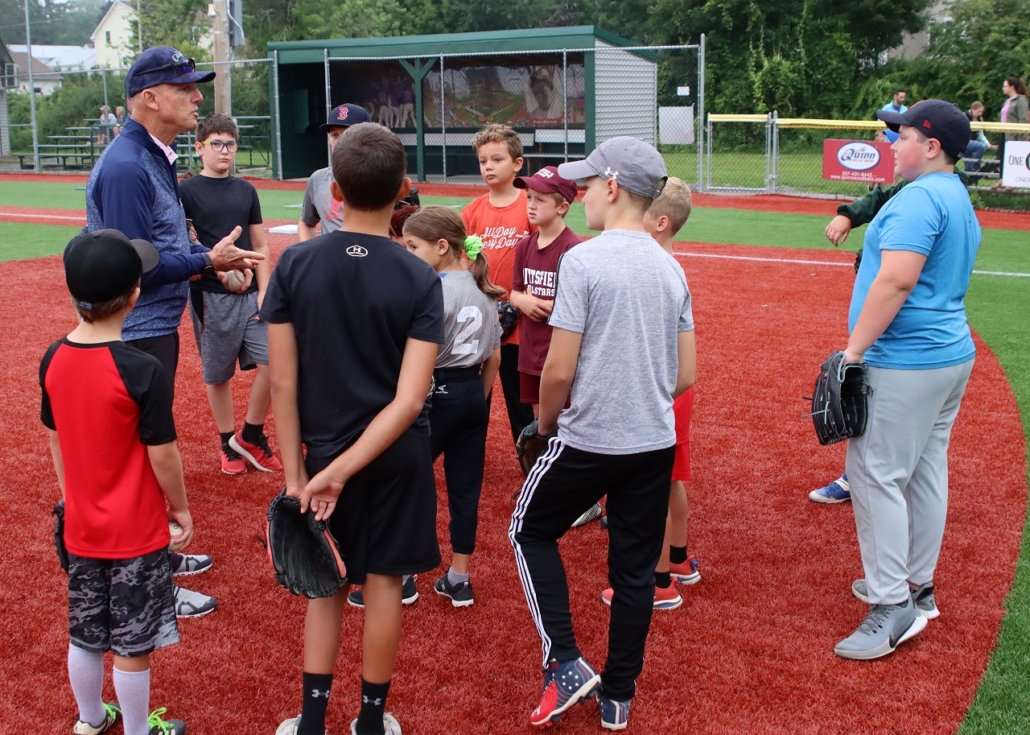