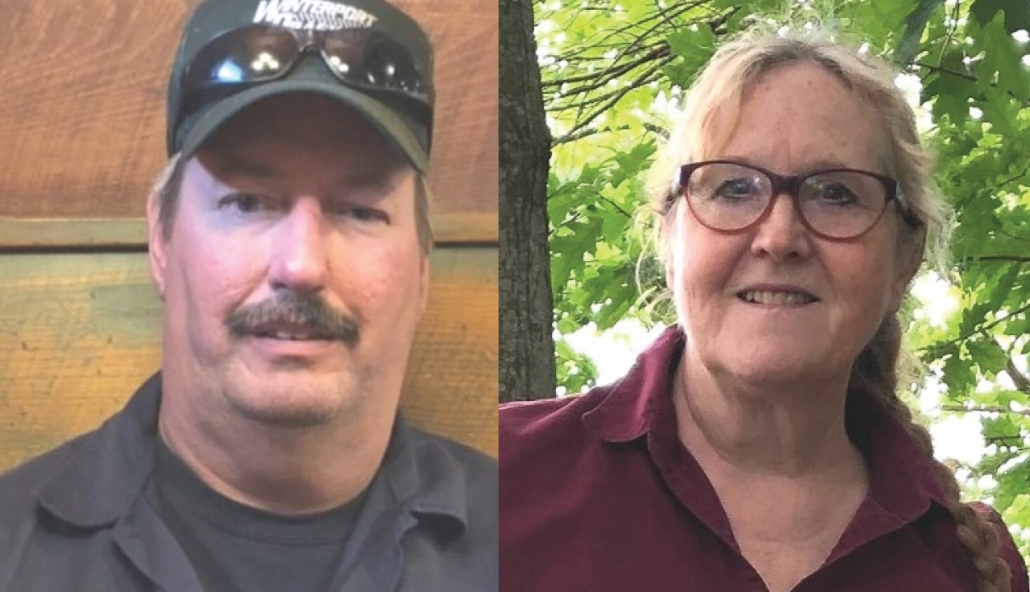 Wayne Chadwick on the left, Jeanne Marquis on the right.

China voters had one referendum question and annual elections on their Nov. 2 local ballots.

The referendum question asked whether voters would authorize, but not require, select board members to borrow money to finance expanded internet infrastructure in town. Town Clerk Angela Nelson reported they said no, by a vote of 547 in favor to 876 opposed, with 62 ballots left blank.

The only contested election was a four-way race for two two-year terms on the select board. Voters re-elected Wayne Chadwick with 789 votes and elected Jeanne Marquis with 579 votes. Brent Chesley received 417 votes, Peter Foote 396.

In uncontested races, Natale Tripodi was re-elected the alternate member of the planning board, with 971 votes. Budget committee District 2 representative Thomas Rumpf was elected the committee’s chairman with 998 votes, and Kevin Maroon was re-elected to the District 1 Budget Committee position with 1,060 votes.

There were four positions with no candidates on the ballot. For one, China’s representative to the Regional School Unit #18 Board of Directors, Thomas Jamie Bachinski received 42 write-in votes, and Nelson’s report indicated that he is elected.

Town office staff will get in touch with residents whose names were written in for the other positions, one on the budget committee and two on the planning board, to ask if they are willing to serve.

China voters approved all three questions on the state ballot, as follows: