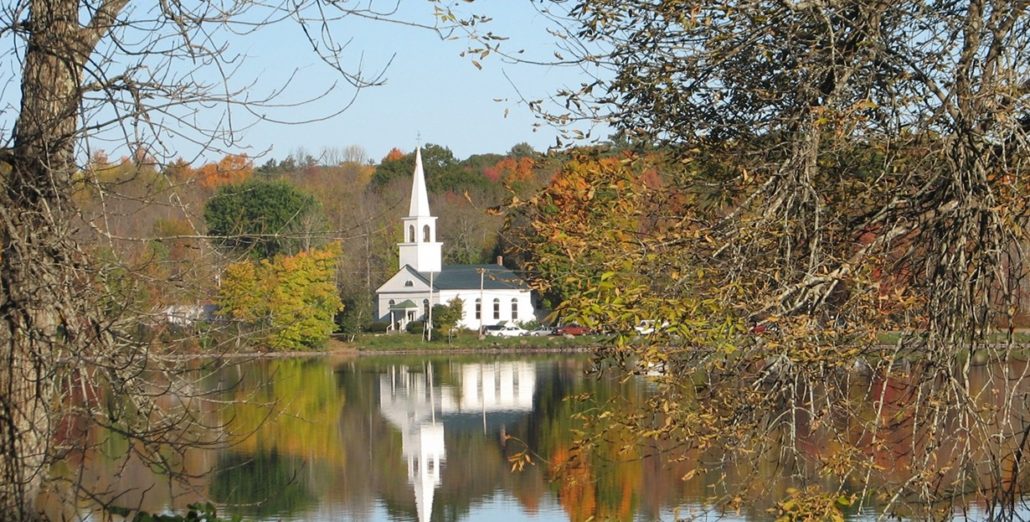 The bid for the China Lake causeway bridge replacement is still awarded to Comprehensive Land Technologies, of South China, after a last-minute discussion almost led to reconsideration.

At the rescheduled China Tax Increment Finance Committee meeting held July 19, members of the subcommittee overseeing the project objected that China selectmen had awarded the contract without their recommendation.

Engineer Joe McLean, of Wright-Pierce, the town’s consultant on the project, said T. Buck had more experience with bridges, but did not argue against Comprehensive Land Technologies. Selectmen had favorable recommendations from similar jobs Tyler has done, and they pointed out that the China project is not exactly a bridge, but a large precast concrete culvert.

Tyler asked for a prompt notice of the award, saying he had to order the culvert right away to have it by October.

At the July 19 TIF meeting, new Town Manager Dennis Heath said he was unsure that the four bids should have gone directly to the selectboard, rather than to the TIF subcommittee and the full TIF Committee.

Several TIF Committee members wanted to review the bids, even if doing so meant rescinding the notice of award and delaying the project.

Committee member Frank Soares blamed the TIF group for being disorganized and feared the town would incur financial penalties if selectmen changed the award.

Consequently, the TIF subcommittee on the bridge project – Soares, Tom Michaud, and Jim Wilkens – met with Tyler before the July 23 selectmen’s meeting. Michaud presented the meeting as a chance to get acquainted with Tyler and a “pre-construction chat,” and there was no discussion of rescinding the award.

Tyler said Comprehensive Land Technologies started in 1995 as a logging business. Clearing land led to construction, construction became increasingly technical – he and his more than two dozen employees have built a boat landing and worked on Central Maine Power Company substations, among other things.

His largest single job was a $12 million project, he said. He likes to maintain a local presence, too, so he’ll cut down a resident’s unhealthy or unwanted tree for a few hundred dollars.

Wright-Pierce will be overseeing the bridge replacement on behalf of the town. Tyler will report to them; they will report to Heath; Heath will report to selectmen and TIF Committee members. Tyler emphasized that as construction proceeds, there might be changes in plans requiring local consideration.

The other major topic at the July 19 TIF meeting was acquisition of land for parking near the head of the lake. Soares said without better parking, the state will not enlarge or improve the boat landing.

Susan Bailey’s property, including the small lot now used unofficially for boat landing parking plus a larger parcel across Routes 202 and 9, is on the market for $120,000. Committee members said much of the lot is designated as wetland or resource protection; Michaud said he had arranged with Mark McCluskey, of A. E. Hodsdon Engineers, also assisting the town, to talk with state environmental officials.

Michaud moved that the town be authorized to make a deposit on the land pending environmental review, so Bailey would know the town’s offer is serious. Committee members could not think of a source of funds, and Michaud withdrew his motion.

At the committee’s June 18 meeting, Soares proposed that he, Michaud and Wilkens talk with other landowners across the highway about possible sales. No one had followed up as of July 19.

In November 2016 China voters authorized spending up to $10,000 for the smaller piece of Bailey’s property. She is unable to separate the two pieces. Voters have not been asked to approve spending $120,000 for the entire lot.

Most of the other business at the July 19 TIF meeting was procedural, including updates on preparing application forms for TIF funds and for the revolving loan fund the committee is establishing.

Heath said committee member Amber McAllister is resigning as chairman; someone else needs to be chosen to prepare agendas and run meetings.

The July 19 meeting had been scheduled for July 16, but no one sent reminders or an agenda and several members did not know of the meeting or had conflicts, so it was canceled that afternoon. Committee member Ronald Breton, unaware of the change, drove 113 miles from his summer camp. At the July 23 selectmen’s meeting, selectmen reimbursed him at the town’s mileage rate for his 226-mile round trip.