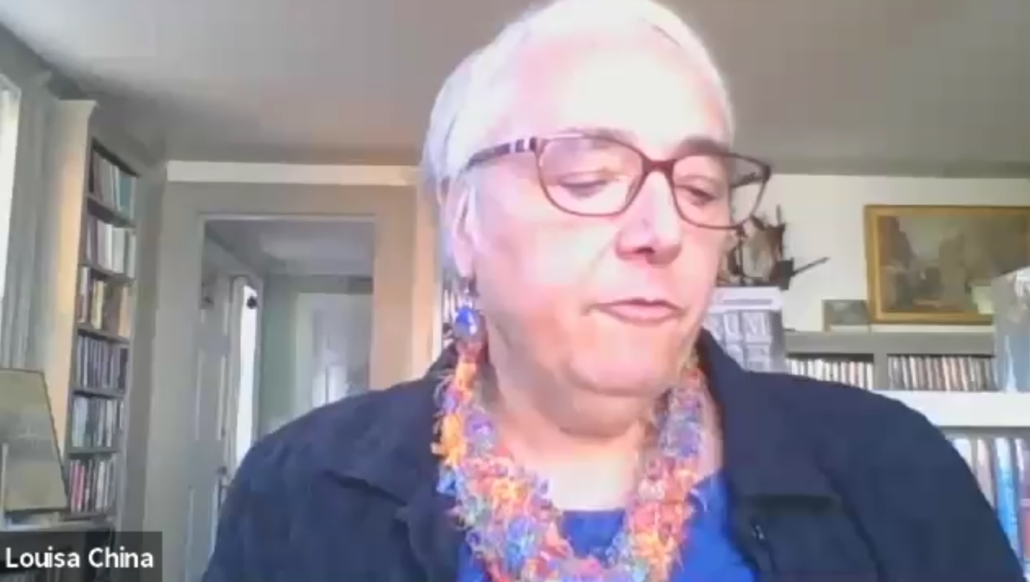 The five candidates for three seats on China’s Board of Selectmen answered questions at an on-line Oct. 18 forum sponsored by the Albert Church Brown Memorial Library in China Village.

When ballots are counted after the polls close Nov. 3, three people will be elected to serve two-year terms as selectmen. The ballot choices are, in alphabetical order, Ronald Breton (incumbent), Blane Casey, Brent Chesley, Jeanne Marquis and Janet Preston (incumbent).

Moderator Louisa Barnhart first asked each person to summarize his or her qualifications for the local office. 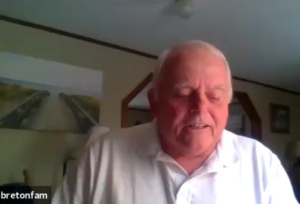 Breton cited his 12 years as a planning board member and then a selectman, including chairing both boards. In his military career, he learned leadership skills and how to communicate, and he managed large budgets.

Casey, an independent businessman and second-generation China resident, said dealing with lots of people has taught him to listen, to compromise and to solve problems.

Chesley, co-owner of a large highway construction business, cited his knowledge of public works projects. He said he listens to his employees to get information he needs to make good decisions and appropriate compromises. Born in Lincoln, he has lived in China for 16 years. 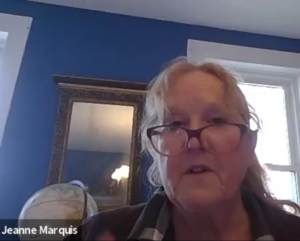 Marquis, who returned to China to take care of her elderly father in the house the family has owned for five generations, said her journalism training at Northwestern University taught her to research issues and to listen. She encouraged selectmen to initiate more communication with residents.

Preston, formerly a China School Committee member, cited her unique perspective as an educator, which she said helps her work with varied people, listen well and explain things clearly. She described herself as open-minded, non-judgmental and, as a math teacher, focused on problem-solving. She and her family have lived in their house in China for 30 years, she said.

Asked about taxes and the town budget, Breton and Preston agreed the current board studies expenditures carefully and does not waste taxpayers’ money. Chesley’s opinion is that “People are pretty well maxed out on taxes.” Marquis said compared to other Maine towns of comparable size, China’s tax rate is about in the middle.

Neither Chesley nor Casey had had time to review the budget looking for specifics, but Casey believes a town can always save money – and perhaps increase some allocations. Marquis pointed out that China currently contributes more to FirstPark, the Oakland business park, than the town gets in return, though the new park manager might improve the balance; and she suggested China’s Emergency Preparedness Committee should have money available for things like pandemic supplies and generators residents could borrow. 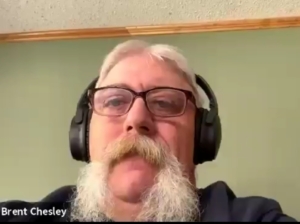 Both men would consider elderly housing, if it were provided by private developers and, Chesley added, if there were community support. Casey said one service he recommends is more flexible town office hours to accommodate working residents.

Marquis endorsed expansion of broadband service, now being sought by the town’s broadband committee, and said more solar power would save money. She favors the comprehensive plan recommendations for more youth recreational programs and programs for the elderly. 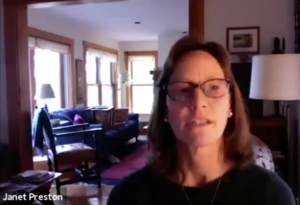 Preston favors elderly housing with services, though she has no specific plan yet. She would also like to see more bike paths, especially around China Lake, pointing out that cyclists now have Lakeview Drive with paved shoulders and heavy traffic on one side and back roads without shoulders the rest of the way.

Breton said China has a committee looking into elderly housing possibilities. He too favors more recreational areas. He would also like more law enforcement coverage, though voters at the 2020 town meeting did not approve hiring a full-time police chief.

The idea of a town community center, rejected by voters in June 2019, brought varied reactions.

Marquis proposed, in present circumstances, using the town-owned 40-acre lot on Lakeview Drive opposite the former Candlewood Camps for an outdoor pavilion with a firepit, a farmers’ market and perhaps later a community center building. She suggested funding the building through donations (with major donors offered naming rights), not taxes.

Chesley could see the Lakeview Drive property being used for an amphitheater, hiking trails and/or a farmers’ market – but he is concerned about the cost. China has already invested in recreational facilities like Thurston Park and the causeway project at the head of China Lake’s east basin, he reminded the audience.

Breton favors an earlier plan that he realizes was and is unpopular: a building on the Lakeview Drive land that would house a community center, the current three fire departments and perhaps China Rescue and a police office. He approved the farmers’ market idea; the town office parking lot might be another possible site, he suggested. If voters don’t want to use the Lakeview Drive land, he recommends selling it; town-owned land does not pay property taxes, he pointed out.

Neither Marquis nor Preston is currently willing to sell the lot. Both favor public access to outdoor areas, for dog-walking (Preston) and other quality-of-life reasons (Preston and Marquis).

Preston favors a community center somewhere in town. She sees the tentative plan to consolidate China’s two schools and free the present middle school for town use as no longer a possibility and suggested possible use of the large building at the China Baptist Conference Center on Neck Road. 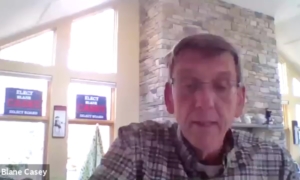 Casey and Chesley listed multiple underutilized buildings in town and opposed adding a community center. If there is to be a community center and central fire station, it should be close to the center of town, not at the north end of Lakeview Drive, Casey said.

Another previously-controversial issues, public access to China Lake, found the majority of the candidates favoring the idea, at least in principle. Preston, who served on the committee that proposed buying the Candlewood lakefront property and had its recommendation rejected by voters, still strongly supports a public beach.

Marquis agreed, and Breton hopes China’s revised comprehensive plan will include lake access as a goal. Chesley would not oppose a town beach at the right price, in the right place and with a maintenance plan. Casey does not know of available land, and is concerned about costs and potential liability.

To view the video of the China selectperson candidates’ forum, please click here.