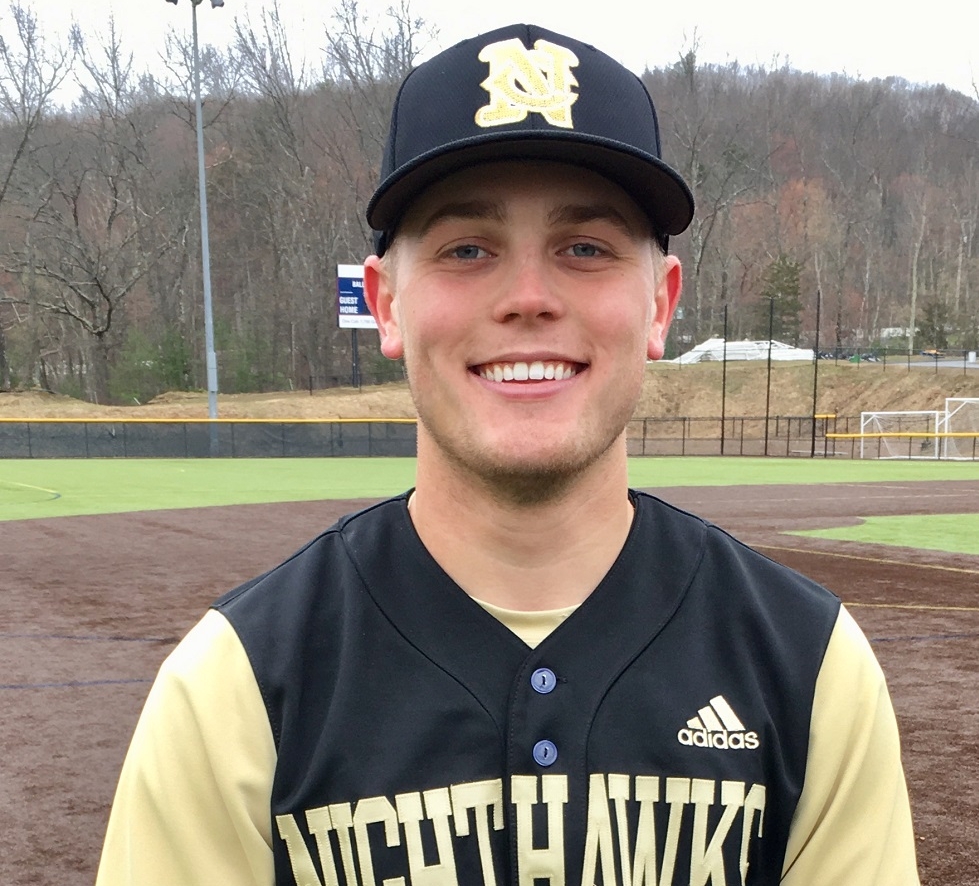 China resident Dylan Presby has been presented with the prestigious male sportsmanship award at Newbury College, in Brookline, Massachusetts.

Dylan, who just completed his sophomore season at the liberal arts college, finished the season with a .301 batting average, good for second on the team, was tied for the team lead in runs scored with 21, second in hits, which included three doubles, two triples, one home run, and 14 runs batted in.

Dylan is only the third baseball player to achieve this honor.

In what was thought to be a rebuilding season coming off a 5-15 record in 2017, Newbury College won its first-ever Conference Championship and NCAA Tournament birth in 2018.

Unfortunately, Newbury College is one of the small liberal arts colleges that will be closing at the end of the current school year.

Dylan will be transferring to Lasell College, in Newton, Massachusetts, in the fall.

Dylan played his high school baseball at Erskine Academy, in South China. During his senior season, he batted .490, and went 4-2 as a pitcher with two saves. His regular position is second base, although he did fill in playing center field.

For his accomplishments at Erskine, Dylan was named the Kennebec Journal’s Baseball Player of the Year, an accolade that, it is believed, has never before been given to a China resident.

He will be taking some time off at home for the next couple of weeks before he starts his internship in the Cape Cod Baseball League, a prestigious Massa­chusetts league for developing college players.

Dylan is the son of David and Michelle Presby, of China.