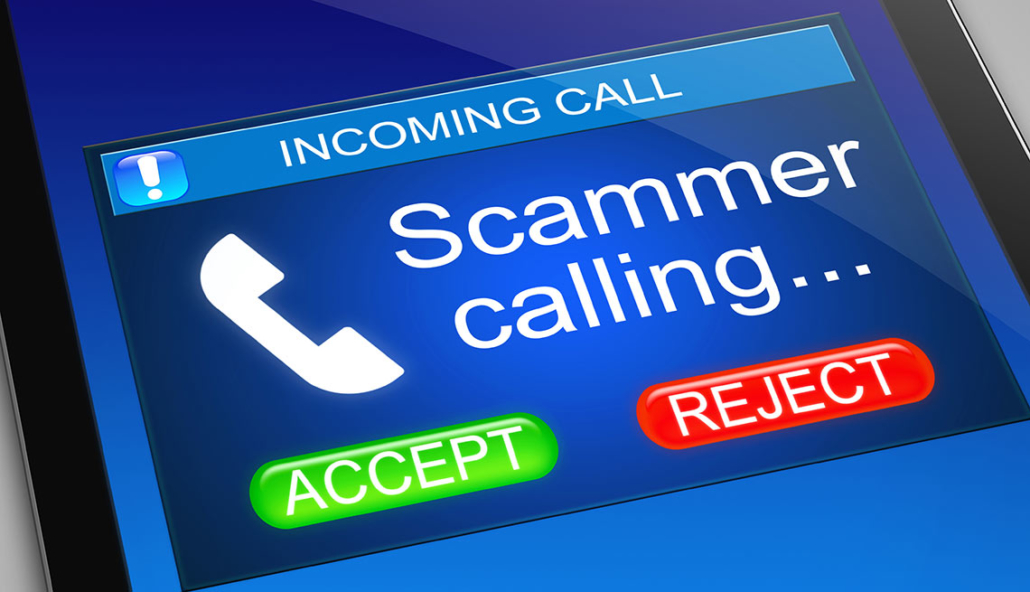 This is an important message. Do not turn the page.

Does that sound familiar? I receive something like that every day, over the phone. It’s a robo call, and it sounds like this: “This is an important message. Don’t hang up.” At which point, I instantly hang up.

Recently, I entered my seventh decade on this planet. I grew up in the 1950s, when times were simpler. During the post World War II and Korean War era, you didn’t lock your doors, a gentlemen’s agreement was settled with a handshake, and when someone gave their word, it meant something.

The dawn of the electronic age ushered in a new era of deceit and deception. A more complex world, wary of all phone calls, emails, etc., and a genuine distrust of other people.

Last week, on the front page of The Town Line, we ran an article about an ongoing scam involving Social Security benefits. That was to alert our readers of the scam. This article is to provide more proof to our readers that these scams do exist in our area in large scale, and everyone needs to be alert.

Rewind back to last summer, when my wife checked our answering machine one afternoon when she returned home from work. There, in broken English, was a warning that the IRS investigation task force had noticed four major and serious violations on our tax returns, and we had to notify them within 24 hours to rectify the matter. They wanted us to make the payment for back taxes. If we didn’t comply, the local “cops” would be coming to arrest us.

I knew it was a scam because I have used the same tax preparer for over 30 years, never had a problem. And besides, we file short form, standard deduction, and could not possibly have “major” violations. If there would have been any federal violations, we would have been visited by U.S. marshals, and not the local “cops.”

A call to the local police department led to a referral to the state’s attorney general’s office, in which case I was informed that it was, indeed, a scam. A very profitable one for the scammers, according to the AG’s office.

I received a phone call, on my cell phone, from a restricted number. Now, I don’t usually answer those calls, but I was expecting a call from a state agency on another matter, one that usually comes in restricted. I answered.

It was a male voice, with a slight speech impediment, informing me that I was the chosen recipient of a Publishers’ Clearinghouse $4.5 million prize. The voice, which had an unconvincing tone of jubilance for me, asked several questions. Like what time I would be home to receive my windfall prize; what I would do with the money; how I felt about winning so much money, etc.

My responses were mostly one word.

My wife and I are known to binge watch the three NCIS series, Monk, Bones, Columbo and Matlock. I consider myself an amateur sleuth, trying to figure out the conclusion of the episode before it gets there. I needed to follow this trail as far as it would take me, without compromising my financial assets. Then, pass my experience on to others, as to what I had learned, and warn them of impending fraud calls.

The first thing that tipped me off was the fact that he said I was selected because I had returned the form they had sent by mail. Something I never did. All of those mailings went straight into the paper shredder.

He then proceeded to give me a “code” number, and that I needed three forms of identification: my driver’s license, another one that I don’t quite remember, and that I had to produce the “invitational receipt.” When I informed the caller that I did not have that, he replied by saying, “Don’t worry, we can remedy that. Go to the nearest Wal-Mart, proceed to the customer service counter, and they would have the receipt there for me.”

Up came red flag No. 2. A lot of unlawful activities occur in Wal-Mart parking lots. And with the sophisticated electronic equipment of today, they probably could have retrieved all my personal information off my driver’s license while it was still in my pocket. I was not about to risk that, even if it is not possible.

He then informed me he would be calling back in 30 minutes. Now, when the call first came in, I suspected scam, and told the caller that I was driving and unable to take down notes. He asked if I could pull over and take down the information. I wasn’t really driving, but sitting in a rocking chair at a friend’s home where my wife and I had gone for Saturday morning coffee.

I concurred, pretended to pull over by the side of the road, and took down the information.

Thirty minutes later, the person called again. This time he asked if I was at Wal-Mart yet. I told him that I was still about 45 minutes away. I was on the road, and was headed home. He then instructed me to proceed to the Wal-Mart parking lot, and sit and wait in the car until he called again, in 45 minutes, with additional instructions before I entered Wal-Mart. Another red flag!

Within that 45 minutes, I called the local police department and informed them of the scam that was developing. They instructed me to not answer the phone when it rang.

I figured we were done.

At ten minutes before 2 p.m., the time they were supposed to deliver my “certified bank check, for $4.5 million,” my phone rang again. This time from a local number that looked familiar. I answered. It was that male voice again, asking what had happened and whether I was at Wal-Mart.

At that point, I informed him that I was through with him, that I had called the police, and that this was a scam.

I hadn’t even finished uttering the word “police” when the line went dead.

That was the end of that. But, my reason for relaying this story is that if you are in your senior years, and you receive calls like this, hang up immediately, do not engage in conversation with these people. They can make things look mighty attractive, and plant that doubt in your mind of, “what if this is legitimate?” But, as sure as the sun will rise tomorrow, they will ask for money somewhere along the way.

Remember the tried and true saying, “If it sounds too good to be true, it probably is.”

My solution to all of this? As of this writing, Sunday afternoon, I am a little disappointed that I  have not heard back from the police seeking more details about the scam. The scam caller gave me his phone number to call if I had questions. The police had told me that this was the first time they had heard about his scam. So, maybe, this is something new and that word has to be relayed to folks to be on the lookout for this particular scam.

Instead of diverting $5.7 billion to build a wall on our southern border, why not appropriate funds to establish an agency, a la FBI, that investigates these scams, and tracks down these predators of the elderly for prosecution? This is going on all over America, and many unsuspecting and vulnerable senior citizens are being bilked of their hard-earned, well-deserved, and under-compensated livelyhood following a lifetime of work.

Dear fellow senior citizens, please be vigilant, and as attractive as an offer sounds, don’t fall for it.