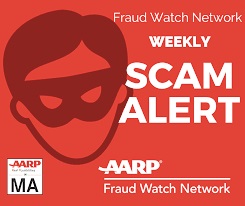 Nearly 100 million Americans have fallen victim to online shopping scams, it was revealed today, as 112 million US shoppers prepare to embark on the biggest bargain hunts of the year.

Research from cybersecurity company NordVPN can reveal that 37 percent of Americans have been scammed while shopping online — equivalent to 95.6 million people.

With Black Friday less than a week away, cyber scammers have their sights on the four in five Americans who might take part in the event — 43.2 percent of US shoppers say they’ll head online for Cyber Monday, Black Friday or the Christmas sales, with a further 37.7 percent still to decide.

The task of online criminals is being made easier by the millions of US consumers prepared to offer up a treasure trove of personal information in exchange for an extra markdown or freebie — and those who have already been scammed are at the front of the queue.

Of those people who have previously experienced a scam, many admit they’d still be prepared to hand over a bunch of bizarrely irrelevant information to get a big discount or freebie.

One in ten (10.5 percent) would hand over their credit card details, 7.6 percent would give their social security number and one in eight (12.2 percent) would reveal where they worked. A further 7 percent would even reveal their children’s names for the chance to bag an extra bargain. Those people who were willing to disclose their social security number were nearly TWICE as likely to have been scammed.

All told, 88.6 percent of scam victims are still willing to hand over at least some personal data to land a bonus gift, discount or free service.

The study also revealed that 18.8 percent of Americans consider the security of websites their lowest priority when shopping online. By comparison, price was the biggest driver, with 30.1 percent of people choosing it as their chief concern.

“Black Friday is a honeypot for scammers so the 112 million Americans preparing to attack the biggest bargain hunts of the year had better be on their guard.

“It’s vital to pay attention to the security certificates on websites and be wary of any site asking for details that they just don’t need. If an offer looks too good to be true, it probably is.”