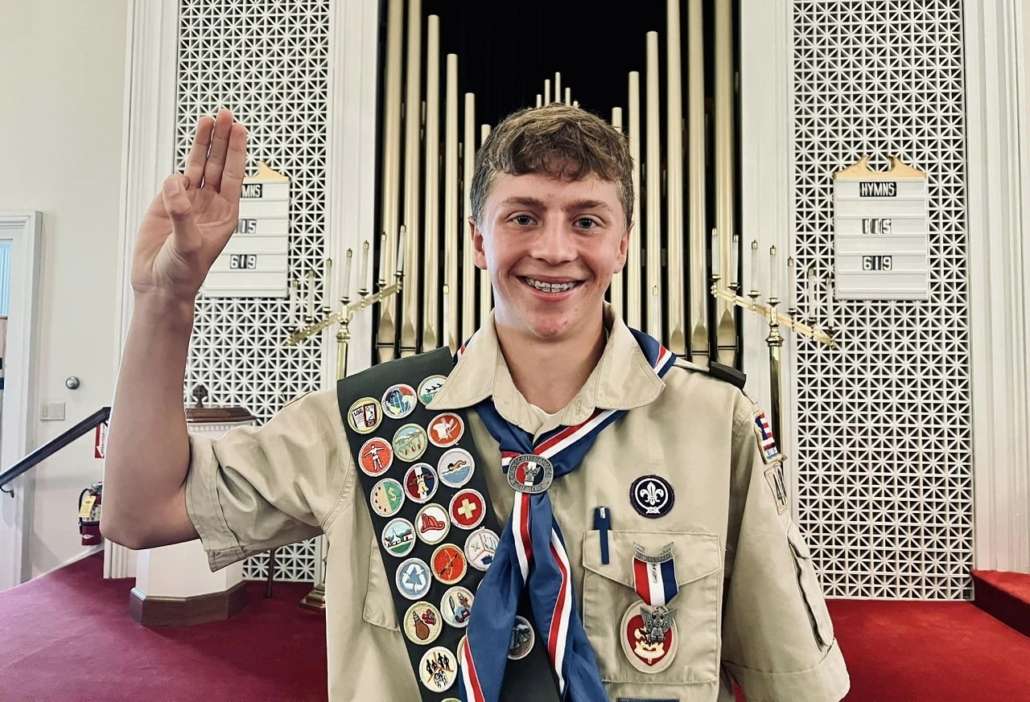 Skowhegan has one new Eagle Scout after Connor Files received Scouting’s highest rank during a ceremony at the Skowhegan Federated Church, on Sunday, September 25. 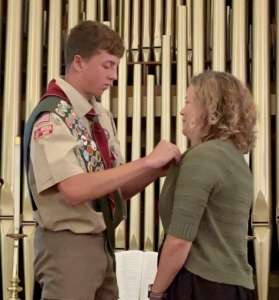 State Senator Brad Farrin, of Norridgewock, was one of the 70-plus who attended the ceremony and praised Eagle Scout Files for his “excellence in skills development, leadership, personal growth, and community service” while presenting him with U.S. flag that had flown over the State of Maine Capitol Building, along with a legislative sentiment.

Connor loves to be outdoors. Besides Scouting, he enjoys downhill skiing, mountain biking, hunting and fishing. “Connor is an extremely hard worker,” said his father and former Scout Master Darren Files. “He is always eager to help. His mother and I never have to ask him to do something twice. He makes parenting easy. Sometimes teens find it difficult to balance everything they do. Connor does a great job finding the balance between work, Scouts, soccer, skiing while also maintaining high honors in school. We couldn’t be prouder.”

Eagle Scout Gage Morgan provided the Eagle Scout Charge to Connor and reminded him, “The foremost responsibility of an Eagle Scout is to live with honor. To an Eagle Scout, honor is the foundation of all character.”

Rev. Mark Tanner provided the invocation and benediction and praised Connor not only for his Scouting work but also for the care and nurturing way he interacts with both the younger scouts in the troop as well as his own brother, Nolan.

Connor said, “Scouting is a great opportunity not only to get kids out into the wilderness but also teach them fantastic life skills that will take you far in life.” 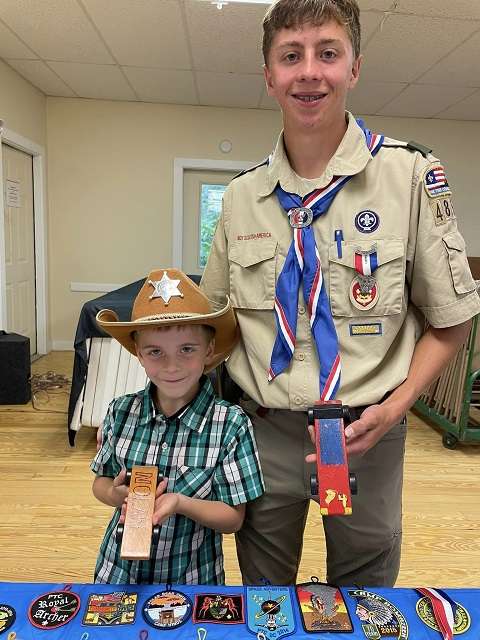 Brothers Nolan and Connor Files show off some of Connor’s Pinewood Derby cars.