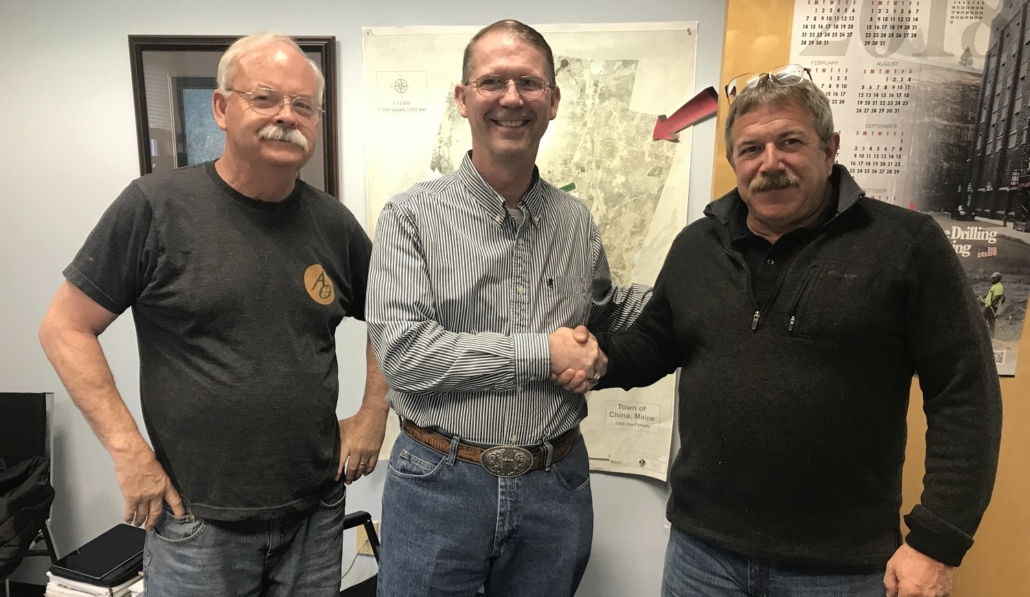 China selectmen have chosen as the new town manager Dennis Heath, an Oklahoman who will be moving to China.

Heath is expected to start appearing at the town office late in May, for a month’s training before current Town Manager Daniel L’Heureux retires June 30.

Selectmen made the announcement at the end of their May 14 meeting, which included another long discussion of the already much-discussed fire pond on Neck Road and varied other items.

Repeating their finding that the fire pond was dug incorrectly, with too-steep sides, selectmen decided they need to wait for a plan from an A. E. Hodson engineer before talking about additional costs.

Meanwhile, however, they authorized spending up to $1,000 from their contingency fund to spread the pile of clay dug up to make the pond that is obstructing planting a field. Tom Michaud, on whose land the pond was dug, offered to use his bulldozer at no charge to assist the contractor with the work.

Abutting landowner Leo Panda attended the meeting and supported the pond as valuable protection for the neighborhood, as long as he’s not asked for funds and his water supply is not affected.

Board Chairman Robert MacFarland blamed “ill-advisement” for the steep-sided pond. The to-be-engineered revised version is tentatively planned to have sloping sides plus a shelf about three feet below the water line as a safety measure in case a person or animal falls in.

Meanwhile, Michaud said, someone who did fall in could get into Panda’s side of the hole and get out from there.

The fire pond has already cost the entire $8,500 voters approved in November 2017. Additional funding will require voter approval; since a November vote would be late to start construction, MacFarland mentioned the possibility of calling a special town meeting. 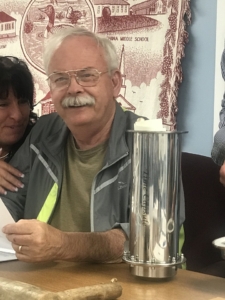 Selectman and Bicentennial Coordinator Neil Farrington is pictured with the time capsule that will be buried beneath an obelisk near the town office, to be opened in 2118. (Contributed photo)

In other business May 14, selectman and Bicentennial Coordinator Neil Farrington showed plans for a granite obelisk to be put up near the old town house beside the town office, with a time capsule to be buried under it and opened the first day of summer 2118.

Farrington is planning a ceremony at 10 a.m. Saturday, June 9, at the obelisk site. If Heath is available, he would like to follow it with an informal welcome party for the new manager.

Selectmen appointed Jean Conway and George Weber to the Comprehensive Plan Committee and Conway also to the China for a Lifetime and Tax Increment Finance committees.

Selectman Irene Belanger reminded those present of the Regional School Unit (RSU) #18 budget vote scheduled for 6 p.m. Thursday, May 17, at the Performing Arts Center at Messalonskee High School, in Oakland. Selectmen signed China’s warrant for the June 12 referendum at which local voters in the five RSU towns will accept or reject the budget approved May 17.

Because the next regular selectmen’s meeting date would be Memorial Day, board members rescheduled the meeting. As of May 14, it is set for 6:30 p.m. Tuesday, May 29.