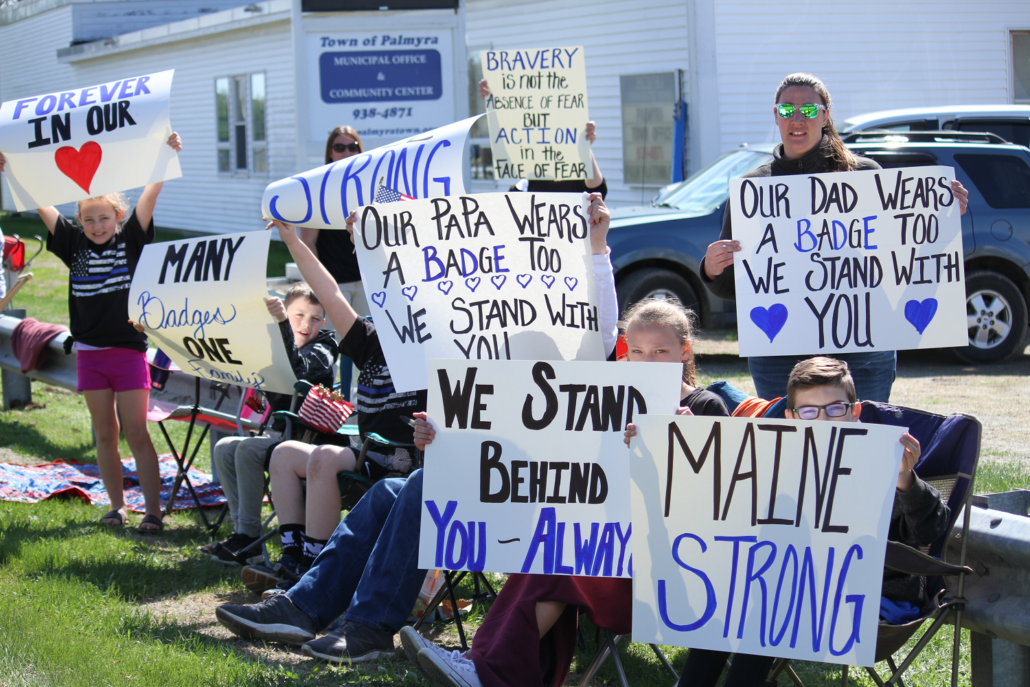 Some of the hundreds of placards along the motorcade route to Cpl. Eugene Cole’s funeral at the Cross Insurance Center, in Bangor. (Photo by Tawni Lively, Central Maine Photography staff)

On April 25, there was literally a shot fired in the heart of Somerset County. Corporal Eugene Cole is a 13-year veteran of the Somerset County Sheriff’s Office, and on that date his life was viciously taken from him, his family and his “Brothers in Brown.”

This county is used to its share of tragedy, but this hit like none other. Corporal Cole was a real person that epitomized country life and honest living. He was professional and kind to all those he came into contact with.

In many ways, this act took an icon in the county and brought the residents to their proverbial knees. What happened next is a charge, a charge led by those seemingly the most impacted. The wife of Cpl. Cole, and Sheriff Dale Lancaster stood up, and with a battered heart they found the courage to lead a charge. Mrs. Cole picked herself up and she brought a community together by speaking calmly and with the wisdom and benevolence that her husband lived each day of his career.

At this point, something magical began to happen. The people of Somerset County stood up, grabbed a hold of their emotions and followed the lead of Mrs. Cole and Sheriff Lancaster until the capture of the man that took Cpl. Cole from us all occurred. Community members brought food, gifts, supplies and whatever else was needed. The law enforcement officers worked tirelessly and selflessly to continue to protect the community. Law enforcement from all over New England and the state came to assist.

As the capture of the suspect occurred, the community didn’t stop. They began working on the next task at hand, which was to honor Cpl. Eugene Cole. This charge was again led by his wife, who pledged to forever remain his wife and never be called a widow. She showed more courage and grace than imagineable and she rallied her family together. She ensured they held their heads high as the patriarch of the family would have wanted, because after all if you hang your head then you better be praying. 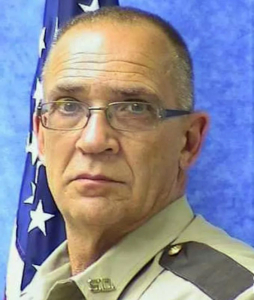 The day of the funeral was a day of closure for many closest to Cpl. Cole. The streets of the county were lined with officers, firemen, security guards, business owners, students and concerned citizens. A flag hung in the center of town and evoked through this sadness a sense of pride. Pride to be a member of this county, built on hard work and a genuine desire to be better today than yesterday.

So while this was a day of closure for Cpl. Eugene Cole’s family, perhaps it was a day of new beginnings for the community. This county came together in a way that was virtually gone in recent days. It’s apparent that Cpl. Cole’s work was not done, it was just done here on earth. His last call on earth, but certainly not his last call. His family and the close to 4,000 people in attendance at his funeral paid their respects to a law enforcement officer that gave his life to protect others. His family conducted themselves with dignity and respect and again led the charge for the rest of community to follow.