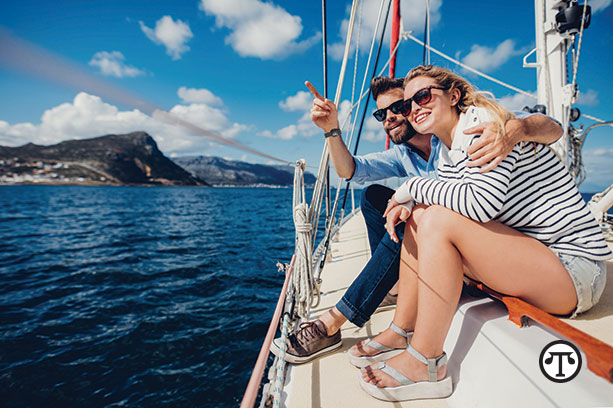 (NAPSI)—Most people know someone who has dreamed of leaving the rigidity of a 9 to 5 job to pursue the flexibility of entrepreneurship. The majority don’t pursue that avenue, and the reasons vary, including financial obligations, time constraints, or fear of the unknown.

In fact, two in five Americans dream about the day they can tell their boss they quit, but it’s not necessarily because they hate their job—instead, it’s because 67 percent have dreams of being an entrepreneur, according to new research commissioned by Herbalife Nutrition.

And people really do feel their ideas can change the world—results show that, of those who aspire to open a business, 68 percent believe their idea would be revolutionary for the industry.

People often associate entrepreneurship with “The American Dream,” but according to the research that surveyed 23,500 respondents—spanning 24 countries and including 2,000 Americans—looking at the entrepreneurship dreams of people around the globe, as well as their motivations and the challenges, the entrepreneurial dream is shared globally.

“Starting a business from the ground up can be daunting but the opportunity to pursue your own passion can be a liberating and exciting experience,” said John DeSimone, co-president and Chief Strategic Officer, Herbalife Nutrition.

Across the globe, 64 percent of respondents cited their top reason to start a business was to follow a passion. For Americans, this was followed by becoming their own boss (59 percent), supporting their family (51 percent) and wanting to solve a problem/improve the world (36 percent).

The survey found that 52 percent of aspiring American entrepreneurs have already taken steps to open their business. But that doesn’t mean there’s an easy road in front of them: With all the barriers business owners face, 81 percent of Americans interested in starting a business feel overwhelmed by the prospect.

And 76 percent feel they may never have the opportunity to follow their dream, compared to 69 percent globally. Interestingly enough, 67 percent of Americans believe women face different challenges than men when it comes to opening a business, including “defying social expectations, dealing with limited access to funding and struggling to be taken seriously.”

The biggest barrier to entrepreneurship across the globe was found to be the initial cost of opening a business (65 percent). To finance the initial costs, Americans say they would use their own money (67 percent), followed by investors (36 percent) and money from family (34 percent).

Where Is the Opportunity?

As the gig economy explodes, more and more people are picking up a side gig to supplement their income, and that often involves selling products. As it stands, the side gig looks to be set to spread widely among all generations, perhaps becoming key income support for everyone from twenty-somethings to those who have supposedly long retired.

In fact, about a quarter of all Americans—that’s 81 million people—participate in the sharing economy, according to the Pew Research Center. Of that, a record 18.6 million Americans now make a living or supplement their income with direct sales, according to the latest data available from the Direct Selling Association.

As a result of the flexibility afforded by the gig economy, direct selling is proving to be an increasingly appealing option for people in search of the entrepreneurial opportunity of making part-time or full-time income. Direct selling is an industry that has always championed the power of free enterprise and a flexible, entrepreneurial approach to work. Now, more than ever, American innovation and dynamic change have pushed this important model to the forefront of the collective economic future.