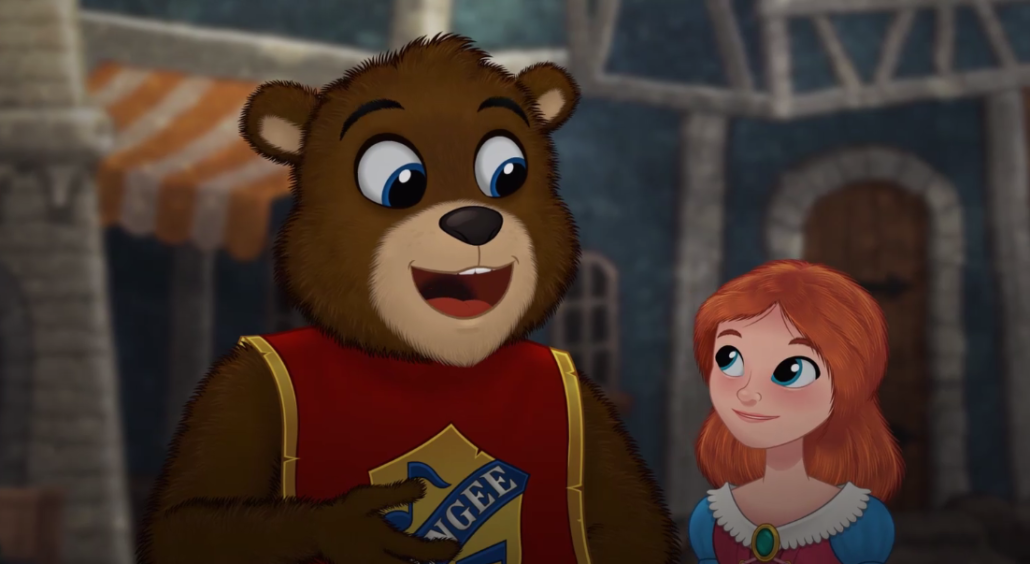 Bongee Bear and the Kingdom of Rhythm

Brian Zemrak, of Winslow, writer and director of an animated movie called Bongee Bear and the Kingdom of Rhythm, will have its world premiere at the Maine International Film Festival on Saturday, July 13, at 12:30 p.m., at the Railroad Square Cinema, in Waterville. There will also be a second showing on Sunday, July 14, at 12:30 p.m., at the Waterville Opera House, as part of the film festival.

The film started as a bedtime story he made up to tell his daughters and now is a full length feature animated movie starring the voice talents of the late Dom DeLuise, Ruth Buzzi (Laugh-In), Danica McKellar (The Wonder Years, West Wing), June Lockhart (Lost In Space), Rob Paulsen (Animanica’s), Debi DerryBerry (Jimmy Neutron), Bill Farmer (the voice of Disney’s Goofy) and many others. He wrote several songs for the musical film which are sung by Tony nominees Liz Callaway and Ann Hampton Callaway, as well as Telly Leung, who starred as Aladdin for two years on Broadway, in Disney’s Aladdin.

The project has taken over 14 years to complete, with the voice-overs recorded back in 2005, and one of his daughters is the composer of the score for the film! Truly a labor of love.

FOR YOUR HEALTH: The American Dream All Over The World KHS to present Midcoast Maine in World War II
Scroll to top