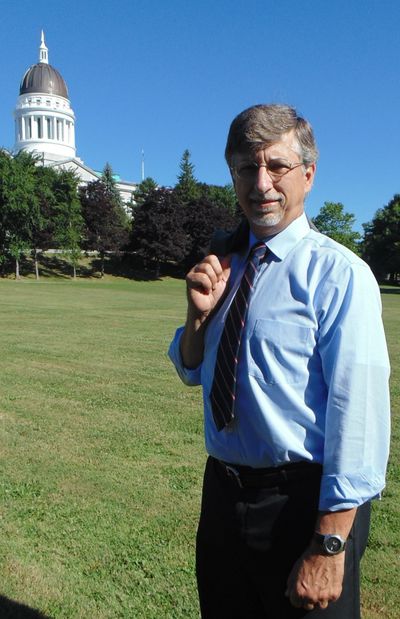 John M. Glowa, Sr., a 31-year resident of China, has filed to run as a Maine Clean Election candidate for the District #15 Senate seat which includes Augusta, Sidney, Oakland, Vassalboro and China. Glowa retired from the Maine Department of Environmental Protection in 2016 after more than 29 years of state service and ran in 2016 for the District #79 seat in the Maine House of Representatives.

“One of Maine’s biggest problems is our poorly functioning state government. We need to identify what is broken and fix it. Our system of checks and balances between the branches of government is virtually non-existent. Our legislature passes laws and establishes programs with little or no accountability for how those laws and programs are administered. We need an effective system of auditing all government programs and for holding our government accountable. The legislature and the governor overturn citizen’s initiatives and defy the will of the people by holding public monies hostage. We can no longer afford just window dressing when it comes to writing and passing legislation. Unless we identify and fix what is broken with the system, we will never have a government that is truly representative of the people and it will continue to be run largely by and for the special interests.

“We need a government that promotes opportunities for our young people and is capable of solving a myriad of problems including, but not limited to education, mental health, substance abuse, the environment, the economy, the needs of our growing elderly population, gun safety and taxes. We cannot afford a government that is inefficient, ineffective and wasteful. Maine doesn’t need career politicians.

“We need qualified, capable people in government who know what is wrong, how to fix it and who have the political courage to do so.

“Having served the people of Maine for some three decades, like thousands of State employees, I have been subject to the political whims of numerous legislatures and governors. We must recognize our employees’ hard work and dedication to public service. We must stop treating them as second-class citizens. We must encourage them to speak up for what is right, not punish them or prevent them from doing so. We must attract and retain the best and brightest because our government is only as good as the people in it.”

Glowa is a lifelong sportsman, environmentalist, and animal and wildlife advocate. He has attempted for more than a two decades to reform Maine’s broken system of fish and wildlife management. He is a strong advocate for Maine’s environment and ecosystem and for educating the public about the ecological and economic importance of restoring Maine’s natural predator/prey relationships including wolves. He is also a strong advocate for Maine’s economy and, in particular, its wildlife watching industry which generates $1.3 billion in annual economic activity, supports nearly 18,000 jobs, pays nearly $500 million in annual salaries and wages, and generates nearly $200 million in annual tax revenue.

SOLON & BEYOND, Week of November 30, 2017 For Your Health: Older People Improve Life For Others And Themselves
Scroll to top