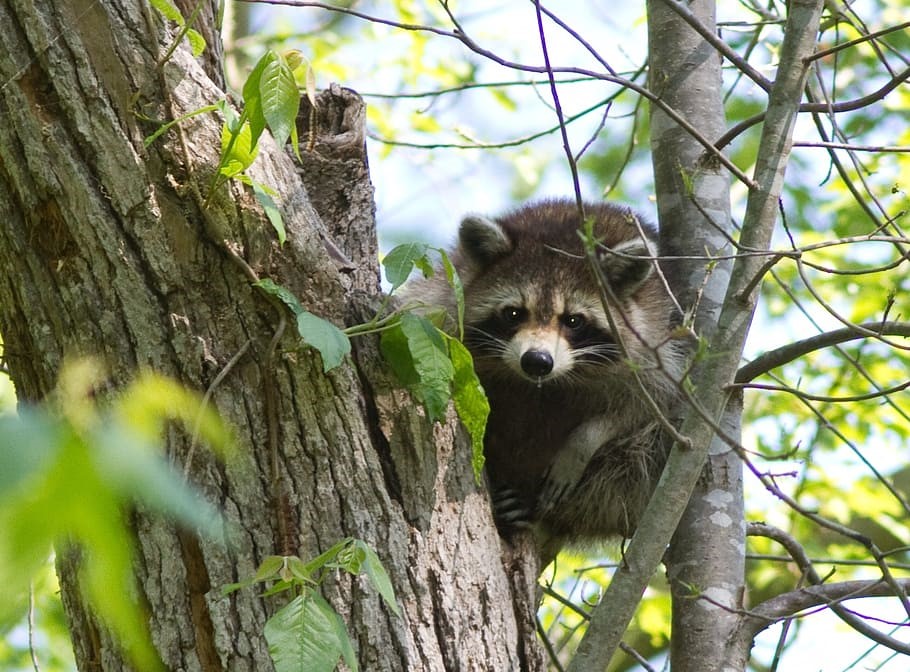 Summer is coming to a close with the enjoyment of corn picked only after the pot of water comes to a boil. But there is one creature who enjoys corn so much that it picks ears at the earliest sign of ripening. In fact, this creature will travel through a corn planting, ripping ears open just to find the best of the best. The creature, of course, is the Maine raccoon, a lovable friendly masked bandit who figures you planted corn just for their enjoyment.

I’m not sure how farmers handle raccoon picnics in their corn field today, but a few years ago there was a happy band of raccoon pailers who could be called upon to catch and relocate corn loving raccoons to outside of Waldo County. Today, those men and women are the upstanding citizens of our towns and would probably deny that they were members of those midnight marauders whom every coon dreaded. But 50 or 60 years ago, the most fun thing one could do on a Friday or Saturday night was to gather on Route 3 at the Sheepscot Lake Fish and Game parking lot, then head out to corn plantings to search for the raccoons.

A number of coon hunters had pickup trucks with dog cages on the front bumper. The cage had a gate and trip wire going into the cab so when the dogs struck on the scent of a raccoon, the cage could be opened from the cab causing all hell to break loose with dogs and coons running every which way. The noise and lights of the trucks along with the yelling encouragement of the hunters caused farm house lights to go on, sometimes followed by double barrel blasts into the air to scare off the night attack.

Most farmers knew the coon pailers and welcomed them to save their corn crop. Most cleared a perimeter road around the planting to make it easier for our trucks. We never entered a field or drove over corn. An occasional farmer was determined to post their land to keep us out because they did not agree to our pailing methods. It cannot be proven, but it was said that those ornery uncooperative farmers were sometimes gifted a couple of pails of coons for their own pleasure.

The reason we pailed coons in August was to train the dogs to hunt and tree before the actual fall hunting season. Raccoons were never killed or harmed although some hunters were not so fortunate with bumped heads and sprained ankles. One night a hunter caught up with a coon and grabbed it by its tail to swing it around, probably to make it dizzy while someone brought a pail and cover. The coon was having no part of this swinging dance and bit the twirler a number of times across his chest. You might recognize that hunter today at the beach. He is the one with the scars of the teeth marks from his left shoulder down to his right belt line.

The actual way the hunt worked was to gather the trucks, dogs, hunters and sometimes hunters’ dates, usually in a party of two to four trucks. Since those were the days of CB radios, everyone could keep in touch as we drove around towns all night in search of the corn destroyers. Once the dogs picked up the scent, they were released to tree one or more coons as quickly as possible. If the dogs were inexperienced, it turned into a flashlight led run through woods with hard low hanging branches or wet butt soaking swamps to slow us down. Thankfully, most times the dogs would run them down and tree them not very far into the woods.

Now came the fun part. The hunters would gather under the tree with five-gallon pails and lids with air holes. We had to divvy up the tasks. Some, mostly dates, would handle the flashlights so we could see what we were doing. However, if this was their first pailing, the flashlights would be taken back because the owners would be scanning the surroundings for a path back to the trucks. One or two would hold the dogs away from the tree. One or two would have to manage the pails and get the coons into them. Finally, someone had to get the raccoon out of the tree.

Usually, those with dates to impress volunteered to get the raccoon out of the tree. If the tree was a small sapling or birch, the date impressers would shake the tree until the coon could no longer hold on and fell to the ground with a thud. If the tree was unshakable, the hunter had to climb the tree and either shake the limb or punch the coon, knocking it to the ground. Every once in a while, a brilliant raccoon would climb down the opposite side of the tree ending up below the hunter. Now it became a game of kick the coon out of the tree before he bites you in the leg.

Whichever way the raccoon landed on the ground, the people with pails had to get their pail over the coon before it ran off. They would then sit on the pail to rest while others gathered to slip the cover along the ground underneath the pail to secure the catch for relocation. You only had a few seconds while the coon was dazed, compounded by two of more people with pails bumping into each other during the pailing. With new and experienced participants, coordination was always a problem and the subject of after hunt criticism and even the lack of invites for future coon pailings. If the operation failed, the coon followed by the dogs headed off deeper into the woods for yet another episode as a wiser more irritated raccoon.

One night the coon and dogs ran onto one of the posted, anti-pailing coon farmer’s land, and immediately stopped howling. The other hunters started criticizing the dog’s owner for the silence of untrained dogs. The owner of the dogs quickly replied, “My dogs read the ‘No Trespassing’ signs and turned it into a quiet chase just as I trained them”. On another night we were all headed through Belfast because an in-town corn patch grower asked for our help. A dog with the best nose picked up a coon’s scent in the middle of town.

Without thinking, the driver pulled the cage release and the dog was out of the cage in a flash howling and treeing a coon on someone’s front lawn. As all the lights in the neighborhood came on, we figured we might spend the rest of the night in the county jail. People in night clothes came out to see a real live coon dog in action. We got the dog back in the truck; left the coon in the tree and quickly headed on to the next farm with some applause from the onlookers.

From my old person vantage point, pailing coons was a crazy thing to do, but it was some of the most fun we could have chasing howling dogs who were chasing raccoons through the woods while someone’s date, who could not keep up, would start screaming, “Wait for me, I broke my flashlight and I’m lost”.

It has been known to happen that a hunter without a date would turn back to rescue the damsel and often live happily ever after telling stories about how they met pailing coons in Waldo County.