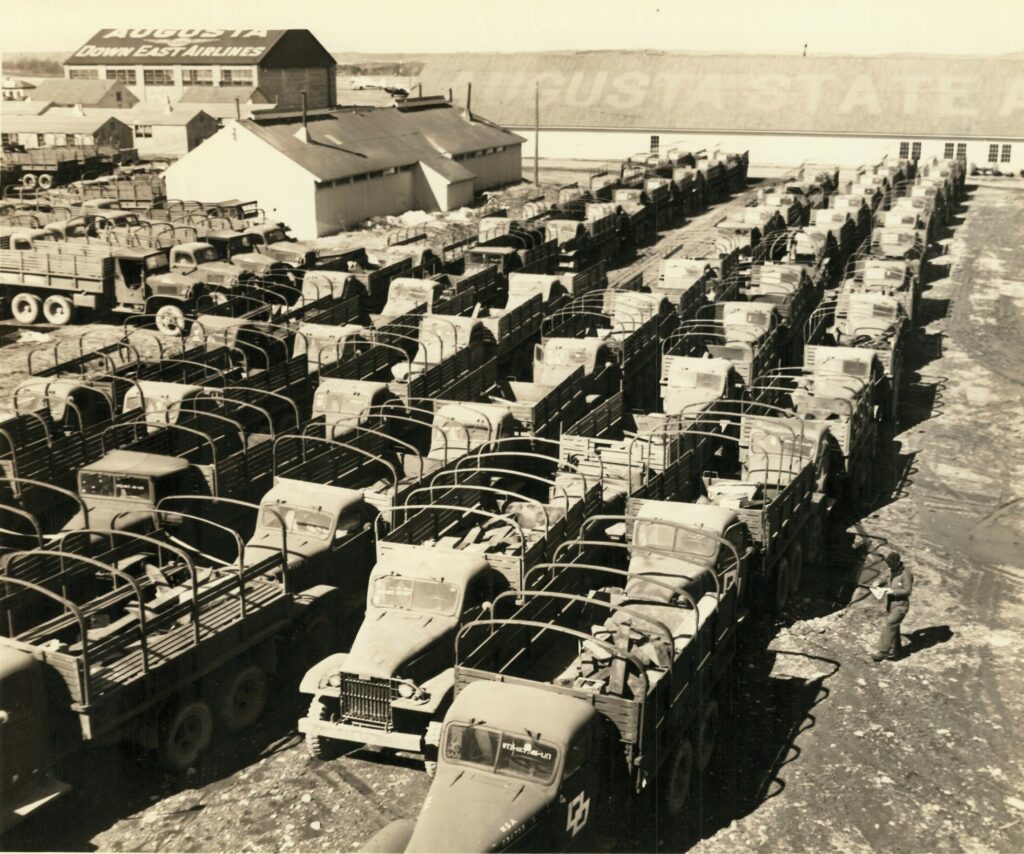 This photo was taken sometime in the 1950’s from atop the hill adjacent to Camp Keyes. Vehicles pictured include a mixture of different Army trucks from the time period. (Photo: Maine Army National Guard archives)

For over 100 years, Camp Keyes has been known as the headquarters for the Maine National Guard, in Augusta. But how did that site on the hill come to be chosen? Who is it named for? Who trained there, and why? Come listen as Captain Jonathan Bratten (historian for the Maine National Guard) answers those questions and describes the role that Camp Keyes has played in five different conflicts and for generations of Maine soldiers and airmen.

The February speaker, Captain Jonathan Bratten, is the Command Historian for the Maine National Guard. In this capacity, he has produced multiple articles on the history of Maine’s soldiers, appearing in such publications as The New York Times, The Washington Post, Army History, On Point, and Army Magazine. He has also appeared in the Smithsonian Channel documentary, Americans Underground: Secret Cities of World War I and served as a historian in France for the Army’s World War I Centennial commemorations. Additionally, Captain Bratten is the commander of the 251st Engineer Company and a veteran of Afghanistan. He and his wife live in Portland.

The Kennebec Historical Society February Presentation is free to the public (donations gladly accepted). The presentation will take place on Wednesday, February 20, 2019, at 6:30 p.m., at the Hope Baptist Church, located at 726 Western Avenue, in Manchester.