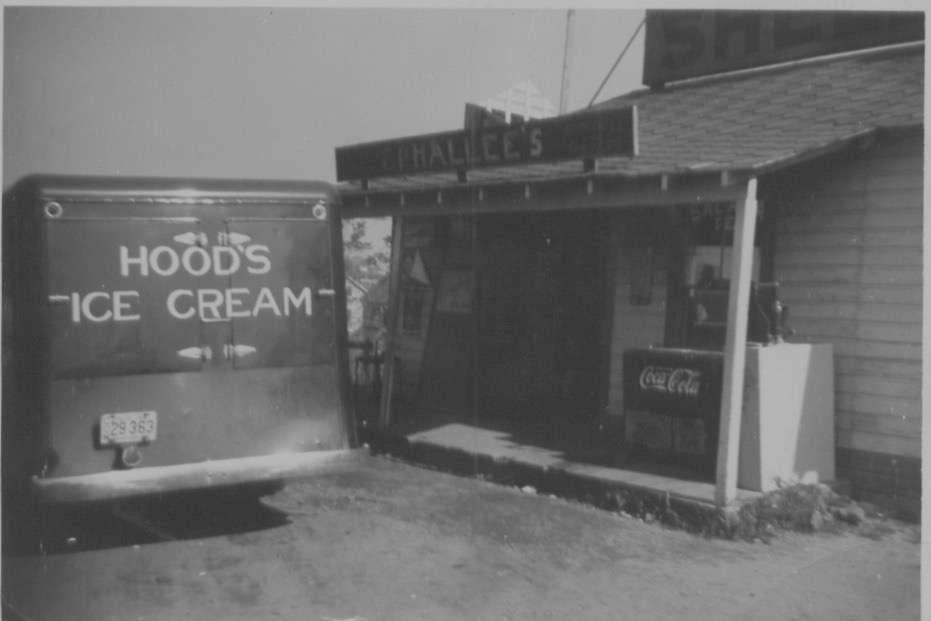 Well, we’ve been down the whole length of Water St. Now we’ll move a little to the west, and take a stroll down Summer St.

The place of note is at the corner of Summer and Sherwin streets, and the home of former Maine Governor Clinton A. Clauson, who died in office on December 30, 1959. He was the 66th governor of Maine.

I remember that day well. It was in the early morning hours, and I had a paper route at the time. My younger brother and I had just received our papers for the day, and getting ready to embark on our daily route, when a truck from the Morning Sentinel came around, and the occupants took them away from us. At the age of 12 years old, I didn’t quite know what to do. They later returned with a newer edition, announcing the passing of the governor as the page one banner headline.

The home was a large, stately, white building with a wrap-around porch that faced both of those streets. However, in recent decades, the home has been altered into apartment units, and the magnificent porch has been removed. A shame in my estimation.

Summer Street, at one time, was the “elite” street of the south end before the construction and extension of Silver Street, and the homes to many prominent Waterville citizens.

On the right side of the street, near the intersection of Redington St., was the home of the Rancourt family, at 9 Summer St. They owned Rancourt’s Market, on Monument Street, in Winslow.

On the south side of Redington St., on the corner was the home and office of Dr. Breard. That home burned several years ago and has been replaced by a single family home.

On the east side of the street was the home of the Boulet family, who owned a lumber business in Fairfield.

Now, one significant place we have not visited sits a little off the beaten path. Located on Veteran Court, between Summer and Water streets, was Bolduc’s Bakery. Boy, how those early mornings greeted us with the aroma of fresh baked bread wafting through the air.

Located on the corner of Veteran Court, was another stately home, surrounded by a tall hedge. I never did know who lived there, but back in those days, I figured it must be someone rich.

Going back to the west side, located where the parking lot is now for New Dimension Federal Credit Union, was Pomerleau’s Market. The rest of the street to the intersection with Gold Street was lined with single family and multi-unit apartment houses.

On the corner of Summer and Gold was the location of Larry’s Variety, owned by Larry Bouchard, which later was named Ron’s Variety, after its new owner, Ron Gilbert.

As we proceed south along Summer St., opposite Kimball St., was C. P. Hallee’s Market and Shell gas station. That store, which overlooked the South End Arena, was owned by my father, Conrad P. Hallee. Like all the other markets in the area, it was kind of a general store with varied sundry items, and a meat counter, and, of course, the gas pumps in front.

The store was abandoned with the outbreak of World War II, when my dad joined the Army. The old building was still standing in the mid-’60s, because I used to walk past it everyday on my way to St. Joseph’s School for Boys. That spot is now overgrown with vegetation.

The rest of the street was lined with single family and multi-unit buildings, all the way to Grove St., and Pine Grove Cemetery.

One of them, located on the west side, was home to the Bolduc family, which produced many of Waterville High School’s star hockey players, including Dan Bolduc, who went on to play in the National Hockey League with the Detroit Red Wings, and later with the Hartford Whalers.

Summer Street wasn’t considered part of The Plains, setting on a little higher ground, but played a very significant role in the south end as a whole. The neighborhood, like Water St., was inhabited mostly my Canadian immigrants and their families.