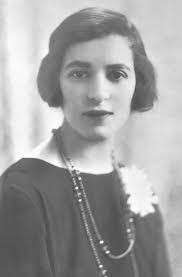 The reason for this shopping list is to provide names of keyboard artists whose recordings can be found on Youtube so that the hopefully curious can indulge themselves and lead others, thus increasing the market for classical music which has shrunk to even lower levels (down from roughly 30 percent in previous decades to two per cent in this age of attention deficit disorder ignorance).

Born in France, Meyer started lessons at the age of five with her older sister Germaine and entered the Paris Conservatory at the age of 11 for further studies with the legendary pianists Alfred Cortot and Marguerite Long.

She drew the attention of composers Maurice Ravel, Igor Stravinsky and Claude Debussy, who coached her in the interpretation of his Preludes just before he died in 1918.

Meyer championed the works of several other 20th century composers both in France and elsewhere in Europe.

But her finest legacy might lie in her revival of interest in a handful of baroque and 18th century composers such as Bach, Scarlatti, Couperin, Rameau, Haydn and Mozart when she began recording their music during the 1940s.

I have been recently listening to a 17 CD set of Marcelle Meyer, Complete Studio Recordings 1925-1957 (Documents 600209) which can be bought inexpensively from online vendors. It features her playing of the above mentioned composers along with Emannuel Chabrier, Rossini, Schubert, Spanish composers Oscar Espla, Isaac Albeniz and Manuel de Falla, Richard Strauss, Darius Milhaud, and Francis Poulenc.

She played with the most extraordinary emotional warmth, delicacy and inspired one on one connection with the listener. Some of her most beautiful playing was found in the records of Bach, Scarlatti and Rameau where an undercurrent of melodic line was conveyed which eluded other pianists.

On November 17, 1958, Marcelle Meyer died suddenly, at the much too young age of 61, of a heart attack while playing piano at her sister Germaine’s apartment.

Youtube contains a 1956 broadcast of her phenomenal rendition of Beethoven’s Emperor Concerto with the underrated Volkmar Andrae conducting the Suisse Romande Orchestra in Geneva, Switzerland.