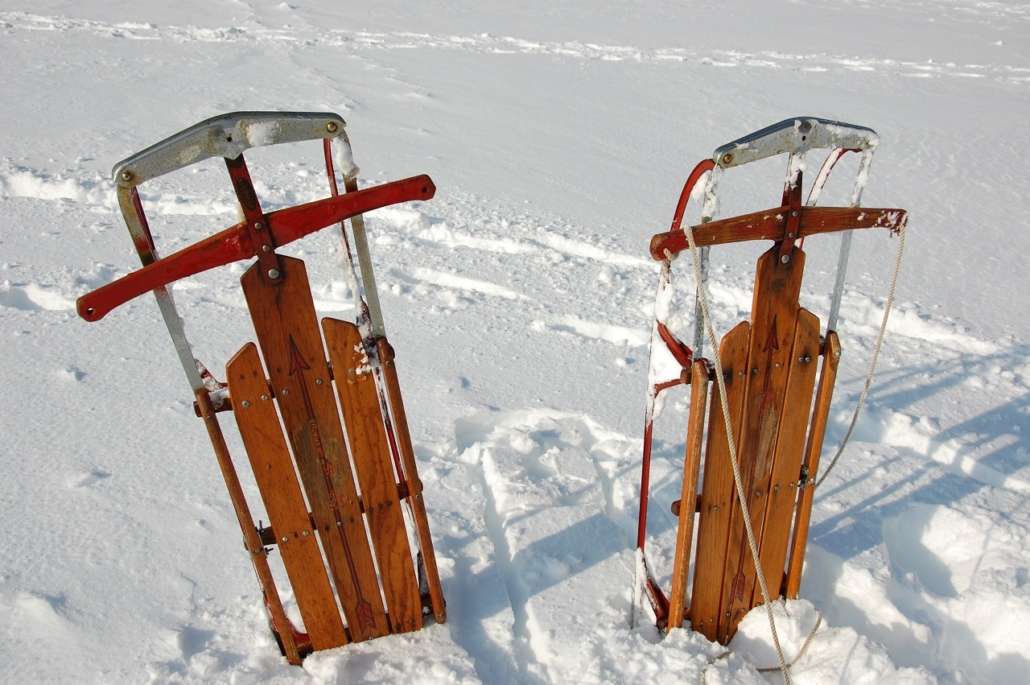 This week we’re going to continue with our look at Life on the Plains during the winter, that we first took a look at two weeks ago.

Besides the hard work of shoveling the driveway following every snowstorm – lots of nor’easters – we had a good time playing in the white stuff. Two weeks ago we talked about the massive snow banks created from moving all that snow, and how we fashioned tunnels through them, usually culminating with a “snow” fort on the end, facing the street. From there we would spend much time making snowballs – conditions permitting – and creating a cache. When the time was right, and unsuspecting kids walking by, we would send a barrage of snowballs their way. Sometimes they couldn’t figure out from where they came. Many laughs, and many snowball fights ensued.

To fortify our fortress, we would take a shoebox, pack it with snow, creating a “brick” and mounted them on top of the snow mound for added protection. Our fort was the “cat’s meow”. On especially cold days, we would squirt some water in the shoebox to freeze the snow, and make a hard brick that would better withstand an onslaught from the other side. Our mother was never impressed when we came home with our mittens soaking wet.

And then there was the sledding. At the end of one of the streets in the neighborhood – Lockwood Alley – was a steep hill that connected with Silver Street, just about across the street from the location of the old Morning Sentinel building. The city would blockade the hill during the winter for the neighborhood kids to sled without the danger of oncoming traffic. The elevation was called the “Ginjine Hill” (pronounced Jin-Jine). I’m only guessing here because no one really knew how to spell the word, nor do we, still to this day, know from where the name came. The hill is no longer there, dismantled during the downtown urban renewal project in the 1960s that produced the Concourse.

There were many adventures there. We would all show up with our Radio Flyers, a sleek sled made of wood, with steel runners. Believe it or not, I still have mine. Before the initial run, we would wax up the runners to make the sleds super fast. We would line up three – sometimes four – wide to see who had the fastest sled. However, there was a hazard at the bottom of the hill where it flattened out. It was a low spot in the road that could launch a sled airborne, along with its rider. We all knew it was there.

Not only did we want to see who had the fastest sled, along with who could glide the farthest, you also had to maintain control of the sled. Many a contestant would go flying off the vehicle when it would encounter that dip in the road, sending the occupant one way, and the sled the other. There were also times when the ejected rider would collide with a steel fence that surrounded the first house at the bottom. Many times we would walk away unscathed, but on a few occasions, the operator had to go home for “repairs,” and not to the sled.

Of course, being 10-12 years old, we had no fear, which didn’t always bode well. Many a crash would bring out roaring laughter from the others, until we discovered some injuries. Of course, the older boys would always look out for the younger.

The Ginjine Hill was at the northern end of The Plains, but many kids knew the legend.