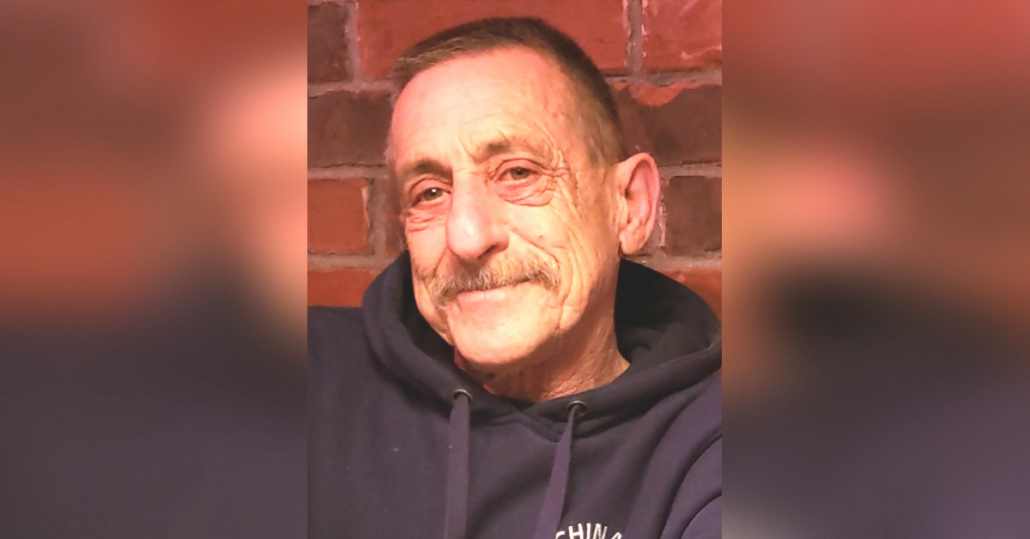 This space is not large enough for the story of David Herard. During his remembrance at the China Dine-ah, I talked with daughters, sons-in-law, family, friends and colleagues and was given a glimpse into the life of a man who made his life’s work looking after people, both those he knew and those he had never met. His dedicated care of the town of China, his country and his family shone through every conversation I had, as did his obvious love of duty and honor for their own sake. 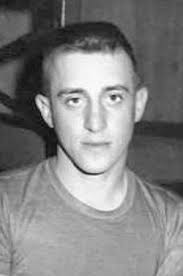 David in his youth.

David was a straight shooter and you always knew just where you stood with him. David looked like a “grumpy old Marine” (a phrase used with love by one of his mentees that I talked with) but had a heart of gold behind that exterior. David hated being praised and avoided accolades. I can’t help but feel that if he were reading this he would not enjoy it, but as it is true I will tell the story.

David and his childhood best friend played Cowboys and Indians as kids growing up in Waterville, and both volunteered for tours in Vietnam where they served our country well. David’s commitment showed in his volunteering for a second tour in his difficult job of being a tunnel rat, a mission that required entering small tunnels to underground networks that were filled with enemy combatants and booby traps. I read online that the tunnel rats were the unsung heroes of the Vietnam War and thinking about the process sheds light on David’s determination to serve others even when the job was difficult. It was in those tunnels, during his second tour, that a mortar nearly killed David. He saw a brilliantly lit place and a river and heard the voices of people on the other side. But a hand on his shoulder told him he had more to do and then he woke hearing the medic who was pounding on his chest (and saving his life), ordering “Marine, you do not have permission to die yet!”

The love David’s family showed in their eyes as stories were told of how he looked after them. A daughter said, that if they had had problems, they never worried long. David made sure of it. He provided for them, while he was quietly patching his own clothes. He gave everything even if it left him with no time, no matter what. He was content to look after everyone else without recognition. It was this love that I saw when I first met David, when my youngest son Peter and I came to adopt two kittens a year ago. His love was plain to me, in the way he looked at his daughter and granddaughter, it was clear that he was looking out for them and after them.

It was to this daughter his last words were “You are my anchor,” and then she told me “But he was mine.” It was to this granddaughter his last words were “You’re a pretty girl and I love you.” He was good with his grandchildren and had big expectations for them to be well-rounded and respectable. I am sure he said farewell to his whole family the same way as the quoted words above: using direct, carefully chosen words of love as one last way to care for them.

But it wasn’t just his own family he looked after, he extended that service to his town. He started public service with the Weeks Mills fire department, but transitioned to their safety officer (leading trainings and supporting crews) and then became an EMT for the town of China area. 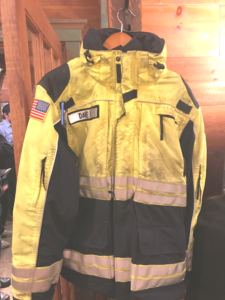 David was an EMT for about 10 years, starting with his training when he was in his 60s and culminated in his being elected rescue chief. Anecdotal reports from his colleagues range from 95 – 100 percent response to rescue calls, with one volunteer telling me how he looked at the call sheets and regularly the number 901 (the chief’s number, David’s number) appeared, documenting David’s presence at a scene. He had a good head on his shoulders, a calm demeanor, and a way that reached the people he was helping that gave them a peace and a confidence in his care. He was dependable, always the first to go, going all the time, always there and willing to help. He also mentored newer members to his work by walking them through their calls and advising them.

More than once, as I talked to the people he loved, I found myself hoping that I would be seen by my family and community as he was by his. These people who shared with me their love of David Herard understood and respected him in the way that I have always hoped I would be understood and remembered. I am a better man because I heard his story and have his example to follow. His service to them was quiet and constant and dependable and he didn’t want recognition for his work. They all saw and loved him for it. This work ethic, this love for family and his community, and this selfless dedication are to be commended and emulated. His is an example that is heroic. Thank you for your service, David.

An interment will take place on Friday, November 15, at 10 a.m., at the Wall, at the Veterans Cemetery, on Civic Center Dr. (Rte. 27), just off I-95 Belgrade Exit,. All who plan to attend should arrive by 9:45 a.m. There will be fire department and sheriff’s department escort.