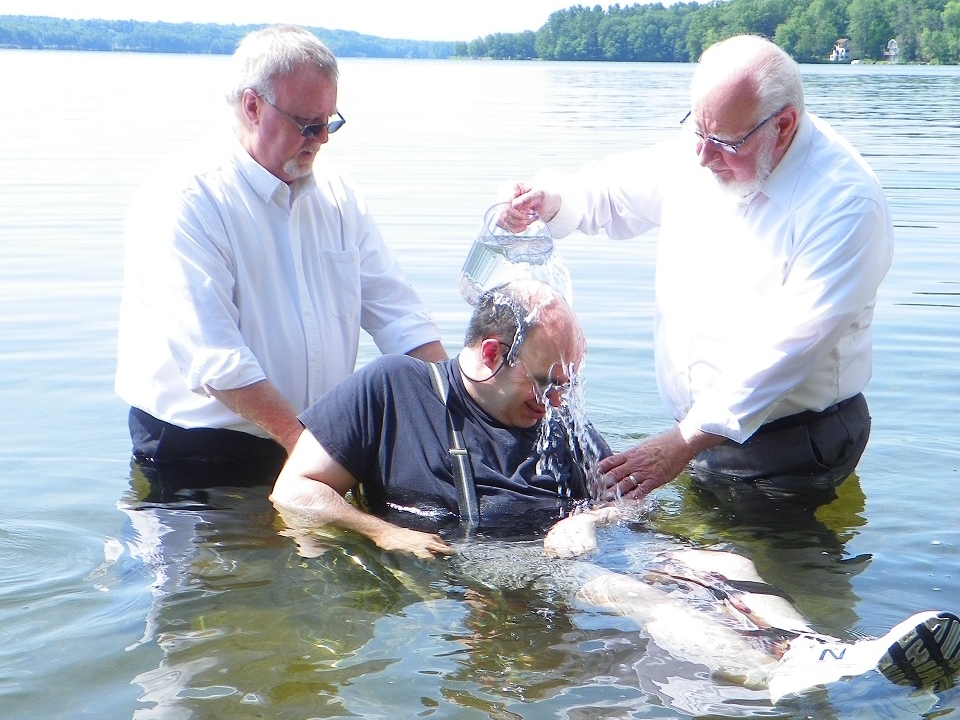 The brilliant morning sun glistened off the water when the congregation gathered at the lake shore across the road after Sunday service on August 4. Seth Fowles was baptized by full immersion in China Lake by Pastor Ron Morrell and celebrated by the congregation of China Baptist Church. China Baptist Church has seen numerous baptisms since their founding in 1801; however, this baptism was more challenging because Seth Fowles requires a wheelchair.

In the Christian faith, baptism is a physical demonstration of a person’s belief in Jesus Christ and his or her commitment to join with other believers to live a life that follows the teachings of Jesus. This is why baptism meant so much to Seth Fowles, as his faith had grown, he wished to be complete in his faith. Although there were other options, such as the sprinkling or pouring water on his head, it was important to Seth to be baptized by immersion as he said was “to be baptized like everyone else.” This is in keeping the teachings of Jesus Christ, according to the Christian faith, that everyone is welcomed and encouraged to be baptized, belief being the only prerequisite. 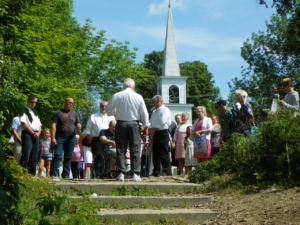 Seth Fowles’ journey in his faith started 20 years ago with a horrible accident on the morning of September 3, 1998. At the time he was an arborist on his way to work in his truck, Seth saw a dog in his path and swerved to avoid the dog. Despite wearing his seatbelt, Seth was ejected from the vehicle and he suffered life-threatening head injuries.

Seth endured extensive brain trauma and slipped into a coma lasting into the next year. His prognosis was not good. His parents, Andrea and Gerald Mason, knew they needed to stay strong for him and stay hopeful, but the odds were poor at best. Seth explained, “The doctors said there was a 99 percent chance I would not come through this. Sometime in March of 1999, I woke up. I thought I was just waking up from a nap. My survival was a divine miracle.”

Seth’s faith also awakened. Prior to the accident, he was not a religious person. As he convalesced through the years, he studied the Bible and grew spiritually. When Pastor Ron Morrell asked for requests to be baptized this summer, Seth expressed his desire to be baptized by immersion. Without hesitation, Pastor Ron Morrell felt Seth was ready and enlisted the help of four members to guide the wheelchair in and out of the lake: Dwayne Bickford, Bob Noonan, Dale Peabody and John Starkey.

Dwayne Bickford, a deacon of China Baptist Church, said, “When Pastor Ron brought it up and we talked about what it would take, I never doubted whether we could make it happen. When it came time, I felt so honored to be a small part of it. I know it meant a lot to Seth. I was moved by all the love and support shown by the whole congregation. The Lord blessed us all that day.”

Seth said, “It was a complete Baptism by water. I was helped into the water by four men from the church; these are my brothers. Even though water came to my chest, I trusted them entirely.”

Seth’s baptism captured the deeper meaning of this Christian sacrament. It is a public expression of faith and commitment to a community of other believers. Entering into the commitment of baptism does take an element of trust and knowledge that you will be supported by the emotional strength of others within your faith community. In the same way, Seth’s story supplies strength to those who have of the pleasure of knowing him.

You may be asking, ‘What happened to the dog who passed in front of Seth’s vehicle on that tragic morning?’ Seth remembers he regained consciousness briefly just after the accident. While Seth was experiencing extreme nausea at the side of the road, the dog came over to check on him. The dog had survived.

FOR YOUR HEALTH: The American Dream All Over The World Windsor selectmen reduce tax rate to 12.7 mils
Scroll to top