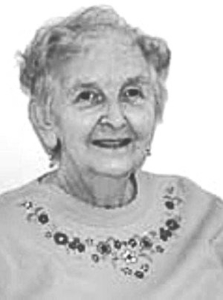 UNITY – Carol Beaulieu Ferreira, 75, died at her home on Friday, July 26, 2019, following a long illness. She was born on Decem­ber16, 1943, in Waterville, the daughter of Edward and Edwina Beaulieu.

Carol grew up in Fairfield and was a graduate of Lawrence High School, class of 1961. She was always quite proud to be a Lawrence Bulldog. Upon graduation she married her high school sweetheart, Robert Ferreira on September 2, 1961.

Carol lived in Unity where she enjoyed being a homemaker and working at Unity Pharmacy for many years. She enjoyed spending summers at the lake and eventually lived year-round on the lake. She enjoyed knitting, she would knit beautiful mittens all year long and give them to the local school and church for area children. In her early years, she and Bob enjoyed camping, snowmobiling and going to the races. She also enjoyed going to Disney World every spring with her grandchildren. She was a member of Unity Union Methodist Church. In her later years she loved just being at home and would help her husband do paperwork for their business, Ferreira Trucking.

Carol was predeceased by her husband, Robert Ferreira on June 12, 2019; her parents, Edward and Edwina Beaulieu; her father and mother in-law, Henry and Edna Ferreira; her son-in-law, Michael Jones; and a very special aunt, Joann Miville.

She is survived by her daughter, Lori Ferreira Jones, of Unity; her son, Timothy Ferreira and wife Suzanne, of Unity; her grandchildren, Amy Jones Corson and husband Michael, and Adam Robert Jones and Nikki Abrahamson, and Hannah Ferreira and Nicholas Ferreira, all of Unity, Alissa Jones Keene and husband Kyle, of Belfast; her eight great-granddaughters, Kaylee, Allyee and Rylee Corson, of Unity, Mikala, Kristyn, Kelsey and Savanna Jones, of Unity, and Raegan Keene, of Belfast; her sister, Ann Beaulieu Maglaras and husband John, of Pittsfield; her niece, Megan Maglaras Stevenson and husband Bob and daughter Ashlynne Donovan, of Vassalboro.

A service for Carol will be held on Saturday, August 31, 2019, at Unity Union Church, on Depot Street, in Unity, at 1 p.m. Burial will immediately follow at Unity Pond Cemetery. The family would like to invite you to join them back at the church for refreshments.

In lieu of flowers, the family asks that you would consider a donation in Carol’s memory to the Unity United Methodist Women’s Group, Unity Union Church, 13 Depot St., Unity, ME 04988 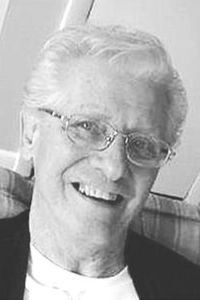 He attended and graduated from Hartford schools before enlisting in the US Air Force.

He married the former Jeanette Malpas and together they would have three children. Charles worked at combustion engineering and then was a senior materials analyst with Pratt & Whitney where he retired. He was instrumental in opening the Senior Center, in Oakland, with Sherry Gilbert.

He was predeceased by his wife of 58 years; his great-grandson Kaydence Charles Ramsdell; his brother Raymond and his sister Mary.

For those who wish, donations may be made in Charles’ memory to: American Cancer Societ, NE Division, Inc., 1 Bowdoin Mill Island, Suite 300, Topsham, ME 04086. 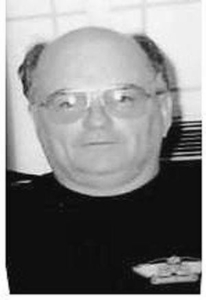 VASSALBORO – Erek Charles Lindberg, 76, passed away on Wednesday, July 31, 2019, following several months of illness. He was the youngest of four children. He was born December 5, 1942, in Boston, Massachusetts, and at the age of 10 moved to Waterville upon meeting Leslie and Berle Ward, who took him into their home and raised him. He graduated from Erskine Academy, in South China, in 1960. His fondest childhood memories were living with “Gramp” and Berle on the small farm in Vassalboro.

Erek was a pipefitter by trade. While working at Statler Tissue, in Augusta, in 1977, he received massive back trauma which ended his career. Following numerous surgeries and years of “rehabilitation,” (a.k.a. “Freddie’s Garage”) he was back on his feet. With his two best friends of 50 years by his side, Bill (William) Pullen and Jessie Ackers, of Vassalboro, Erek enjoyed building and riding dune buggies on weekends with their wives by their side, (He may not have liked much but he did like that). He also enjoyed riding his Harley with his wife in tow and the wind blowing through his nonexistent hair. He and Helen visited many states with their Hog friends.

Erek was predeceased by his daughter, Janice (Jan Jan S—Poke) Pelotte, of Vassalboro, his “favorite sister-in-law” Linda MacKenzie, also of Vassalboro, and his brother, Charles, of Florida.

He leaves behind his wife, Helen of 36 years; granddaughters, Courtney and Rebecca Pelotte; a stepson, Rob Starratt and a stepdaughter, Carrie Starratt; also six grandchildren and four great-granddaughters; his two sisters, Barbara Shadrick and Ginger Dellasandro, both of North Carolina.

There will be a graveside service on Saturday, August 24, at 11 a.m., at Village Cemetery, on Cemetery Street, in Vassalboro. A gathering will follow at the United Methodist Church, Rte. 32, in Vassalboro.

Arrangements are under the care and direction of Redington Funeral Home. Please visit www.redingtonfuneralhome.com to share your memories and condolences with Erek’s family. 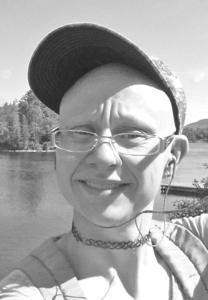 Angela was a graduate of Erskine Academy, of China, and she received a bachelor’s degree from the University of Maine at Augusta.

She was a loving mother to her three daughters and an aunt to her niece and nephew and the many children whom she gave encouragement and inspiration to in life. She gave whatever she could to them to help them to see and do things they may have not gotten the opportunity to do.

She was a strong person who had overcome many obstacles in her life. She fought through and persevered through all of them even though at times it seemed impossible to her.

The greatest joy in her life was her three beautiful daughters whom she absolutely lived for. They were her whole life and her passion. There was nothing that she would not have done for them.

She was a loving and caring wife to her husband and showed him that, sometimes even in the darkest moments, there is always hope for better times.

Angela was employed by Hussey’s General Store, in Windsor. She worked in the grocery department, pumped gas and helped do grain. She had many customers that would look just for her to help them. She also trained many of the new employees.

In lieu of flowers, donations can be sent to: The Angela Memorial Fund, c/o KV Federal Credit Union, 316 West River Rd., Augusta, ME, 04330. Donations go to the benefit of her children.

Arrangements are under the care of Plummer Funeral Home, Windsor Chapel, 983 Ridge Road, Rte. 32, Windsor, ME.

Mr. Gray was a graduate of Gates Business College and had been employed by Central Maine Power for over 24 years.

He was a Whitefield Lions Club member, coached Windsor Little League, and extremely proud of his Eagle Scouts he helped as Scoutmaster for Troop #609.

Mr. Gray was pre-deceased by a brother, Phillip Gray. 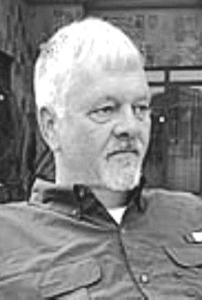 He graduated from Monmouth Academy in 1975.

Danny worked for Digital Equipment Corporation, in Augusta, before starting his longterm career in postal operations. He worked for the USPS, for the Department of Defense as a contractor in Balad, Iraq, and was currently employed as a supervisor of mail operations with the state of Maine.

Danny (a.k.a Boone) enjoyed hunting in Maine and Texas with his buddies, Trailboss, Blindman, Bushwhacker, Shooter, Slayer, Kdawg, Cockroach, Blackfly, P, and Annie. He would not want anyone to forget about his prize Texas whitetail and all of his hunting and fishing adventures.

He was also an avid baseball fan, from coaching Little League in Mt. Vernon to cheering on his son when the Maranacook Black Bears won the state championship. He cherished his trips to Disneyworld with the family and in later years with Robin. Of course, we can’t forget to mention his love for the Dallas Cowboys.

He was predeceased by his parents; and father-in-law, Robert L. Boynton.

He is survived by his wife of 36 years, Robin; mother-in-law, Shirley Boynton, of Oakland; son Matthew and wife, Sarah, and granddaughters, Claire and Charlotte, of Elm Grove, Wisconsin; and son Patrick and fiancée, Shana, of Dickinson, Texas; brothers, Bret and partner, Ann, of Athens, and Kent and wife Audrey, of Willis, Texas; and sister Audrey, of Westbrook; brother-in-law Barney and wife Theresa Boynton, of Gray; and sister-in-law Ronda Karter, of Augusta,; many aunts, uncles, nieces, nephews, cousins

At Danny’s request, there will be no memorial service and his ashes, which are being stored, also at his request, in a Folger’s Coffee can, will be scattered on a future date.

Danny strongly believed that “no child should go hungry in our community, our state or our country!” He has requested that donations be made to the Mt. Vernon Elementary School’s Backpack/Lunch Program, 1507 North Road, Mount Vernon, ME 04352, or the James H. Bean School’s Backpack/Lunch Program, c/o Erica St. Peter, 896 Middle Road, Sidney, ME 04330.