ALBION – Wendy Lou (Severson) Crandall, 56, passed away Tuesday, November 15, 2016,at her home. She was born February 21, 1960, in Norfolk, Virginia, the daughter of the late Laverne and Alice (Nicoll) Severson. 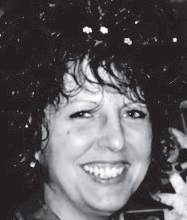 She graduated from Richmond High School in 1978. On December 30, 2000 she married Scott Crandall at Cox Methodist Church in Hallowell. She worked for 20 years as a beautician and more recently as an auditor for Parsifal Corporation.

Wendy enjoyed gardening, crafting, painting and could do anything she put her mind to. She cherished time spent with family.

Wendy died as she lived, with strength, courage, and grace.

“I love you forever and always!” –Scott.

Memorial donations may be made to MaineGeneral HomeCare and Hospice, PO Box 828, Waterville, Maine 04901.

WATERVILLE – Francis J. Morin, 66, of Waterville and Fairfield, passed away November 15, 2016, at the Veterans Adminis­tration Hospital at Togus, a result of exposure to Agent Orange. Born July 20, 1950, in St. Prosper, Dorchester, Canada, he was the son of Lionel and Lucille (Morin) Morin. 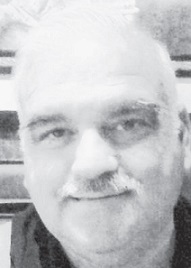 Francis was educated in Waterville. He graduated from Waterville High School in 1969 and started working at the lumber store. He met his soon-to-be first wife, Marietta Dutil, at the roller rink in Winslow.

He was drafted out of high school into the U.S. Army, and did basic training at Fort Dix, New Jersey, and St. Louis, Missouri, where he waited to be sent to Vietnam, serving in Nam 1971-1972. Upon his return to the U.S., he landed in San Francisco, California. No veterans there were debriefed about the effects they would suffer from the not-known pesticides from Agent Orange, but only handed a steak supper with a speech and sent home, which was very damaging to their morale.

Francis died from exposure to Agent Orange pesticides from Vietnam, which caused three cancerous tumors, each half the size of grapefruits, on his lower back, which started one month after his first marriage in 1973. The documentation only stated it started in October 2014; the tumors returned in the same area 45 years later, October 2014. Then nose bleeds for months, almost every night; then migraines, from which he suffered badly for years. He was given an anxiety pill to relax him for pesticide poison. You had to know him well to see the pain and turmoil in his eyes; his eyes told agony. he wouldn’t come home for hours; finally, he would call collect, was it safe to come home now, because he was exhausted driving to Boston trying to escape Vietnam. After marrying in 1973, he moved to Gaithersburg, Maryland; Frankfort, Delaware; and Ocean City, Maryland; working for Claremont Pare Construction driving an 18-wheeler.
Francis was a handy man who worked in the northern woods of Maine, with his dad for many years; Statler Tissue; SAPPI, where he retired; and logging with his brother, Mike.

Francis was a very sensitive person, with a great sense of humor. He loved his vegetable gardening, canning all the vegetables he grew (not one spot on them), and then gave up gardening for raising animals, beef, chickens, pigs and 30 turkeys every year for 10 years.

Before Vietnam, he, his dad and brother Mike, and many friends, were great hunters.

In 1948, she met John H. Speier, at a Dancette. They married on November 18, 1949. Daughter Linda was born in New Jersey, and daughter Cynthia was born in Ohio.

The Speiers moved many times, as John’s career as a mechanical engineer with Scott Paper Company took him up and down the Eastern Seaboard, finally to Alabama, where they retired.

After John passed away in 2015, Rosemary moved to Maine to be near daughter Cindy.

Rosemary was a talented homemaker who gardened, sewed, cooked, served as a Scout leader, and devoted herself to her husband and daughters. She was an accomplished golfer, even having a hole-in-one. Rosemary and John traveled extensively all over the U.S.

She was predeceased by her husband, John; her parents; Aunt Marie and Uncle John; brothers John and Richard.

To share condolences, memories and tributes with her family, visit: www.veilleuxfuneralhome.com.

WATERVILLE – Mrs. Alice Roy-Corey, 52, of Waterville passed away unexpectedly at her home, Thursday, November 17, 2016. Alice was born to parents J. Armand Roy and Marjorie Roy (Gilley) on Feb. 3, 1964, at Seton Hospital, in Waterville.

She grew up the youngest of five children and attended Lawrence High School. 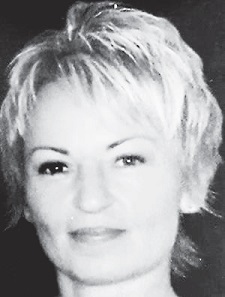 Many will remember her as a lively waitress, a dedicated caregiver as a CNA, and a longtime friend to her many loyal clients.

An online guestbook may be signed and condolences may be expressed at: www.gallantfh.com .

Memorial donations may be made to the National Multiple Sclerosis Society, 74 Gray Road, Falmouth, ME 04105.

Ernie was a lifelong resident of Fairfield. He was proud of his extensive work life, which began in his teens on a farm in Benton and included work in the Fairfield ice house, its woolen mill, and most recently as a custodian at Lawrence High School. He was a proud Bulldog.

In his spare time he loved to fish, ride his ATV, enjoy the outdoors, and play cribbage at the VFW. He loved cats, and especially kittens. He had a great sense of humor and always liked to banter and joke with everyone, even strangers, though most people weren’t strangers for long.

He became a resident of Lakeview Care Center in 2012, and made many friends there, as well. He will be remembered by many friends, co-workers, and students at Lawrence High School.

He was predeceased by his mother, Wilda M. Kelley.

He is survived by his nephew, Paul Desjardins; and his great-niece, Crystal Desjardins.

FAIRFIELD – Mildred Thelma Smith, 81, of Fairfield, passed away on Saturday , November 19, 2016, at Maine General Hospital, following a brief battle with cancer. She was born January 26, 1935, at home, in Albion during an intense Maine blizzard, the daughter of Willard and Thelma (Ware) Marston. 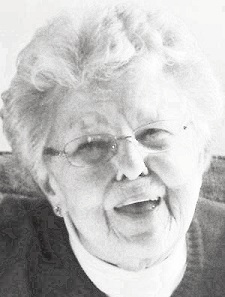 On March 28, 1953, she married Richard Marble Smith and spent her life dedicated to raising a close-knit and loving family. She enjoyed traveling, cooking, gardening, card games, and family gatherings, which were always a great opportunity to showcase her famous beef stew and biscuits, potato salad, and her “outstanding” talents in cake decorating.

She was predeceased by a brother, Henry Marston, and a grandson, Jeremy Germon.

WHITEFIELD – Newell “Roger” E. Glidden, 84, died Monday, November 21, 2016, at the VA Hospital at Togus following a long illness. He was born in Coopers Mills on October 2, 1932, a son of the late Elmer and Georgia (Cunningham) Glidden. 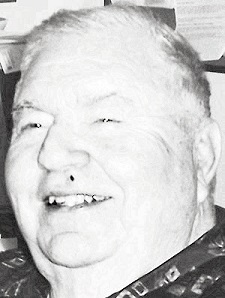 Mr. Glidden was a graduate of Cony High School, in Augusta, and the Wentworth Institute of Technology, in Boston.
He had been employed for many years by Chambers Ford, in Augusta. Mr. Glidden was a US Army veteran, serving honorably during the Korean War and was the director of civil defense for Whitefield. He was the former fire chief in Coopers Mills and was a member of the Lions Club.

Arrangements are under the care of Plummer Funeral Home, 983 Ridge Road, Rte. 32, Windsor, ME.

FAIRFIELD – Richard (“Bud”) Marble Smith, 88, of Fairfield, passed away peacefully Thursday, November 24, 2016, at Glenridge Nursing Home. The son of Richard and Iola Smith, he was born on August 9, 1928, in Waterville, and grew up in Freedom on the family farm, and later in Albion with his very special Aunt Glad. 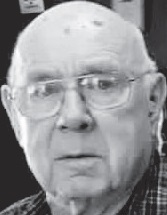 He was proudly deployed overseas to the Korean War effort in 1951 for a two-year tour. On March 28, 1953, he married Mildred Thelma Marston, his bride of 63 years. Bud’s lifelong love of horses included logging in the Maine woods as a teenager, horse-pulling competitions at countless country fairs, and raising several ponies throughout his younger years.

He was predeceased by his wife, Mildred Smith; two sisters: Christine White and husband Donald and Pauline Nickless and husband Erwin; brother-in-law, George Gould; and a grandson, Jeremy Germon.

He will be remembered by everyone in his life as an honest, hard-working husband, father, grandfather, brother and friend.

Announcements for a memorial service will be determined at a later date and held at the convenience of family members and friends.

Memorial donations may be made to the Maine General Rehab and Long Term Care at Glenridge (Activities Department), 40 Glenridge Drive, Augusta, Maine 04330

JEAN A. CAMPBELL, 86. of Wiscasset, passed away on Saturday, November 5, 2016, at her home. Locally, she is survived by a grandson, James Campbell and wife Brandi, of Windsor.

PHYLLIS V. MacLEOD, 87, of South Gardiner, passed away on Wednesday, November 9, 2016, at Androscoggin Home Care-Hospice, following a brief illness. Locally, she is survived by daughters Donna Proulx and husband Real, of Waterville, and Nancy Fitts and husband David, of Chelsea.

WILLIAM H. PIERCE, 87, of Nobleboro, passed away on Wednesday, November 9, 2016, following a short illness. Locally, he survived by a son, Lynn Pierce and wife Nancy, of Jefferson.

JAY L. LEMELIN, 58, of Belgrade, passed away on Friday, November 11, 2016, at Alfond Center for Health, in Augusta, following a short battle with lung cancer. Locally, he is survived by a sister, Cheyenne Joslyn and husband Donald, of Whitefield.

CHARLES A. BARROWS SR., 76, of Augusta, passed away on Sunday, November 13, 2016, at the Hospice Unit at VA Maine Healthcare Systems, in Togus, following a short battle with lung cancer. Locally, he is survived by sisters, Gloria Tillson, of Windsor, Jane Rocque and Kathy Paradis, both of Augusta, and Karen Holt, of Vassalboro.

MELROY H. FULLER, 72, of Norridgewock, passed away on Sunday, November 13, 2016, at the Alfond Center for Health, in Augusta. Locally, he is survived by sisters Carol Chavarie and husband Ray, of Windsor, Jeannie Fuller-Lehtis, of Albion, and Gail Dunn and husband Bill, of Augusta; and brother David Fuller and wife Chele, of South China.

JOHN F. LEMAR, JR., 71, of Hallowell, passed away on Monday, November 14, 2016, following a courageous battle with lung cancer and COPD. Locally, he is survived by his daughter, Kim St. Amand and husband Rick, of Vassalboro; siblings Caroline and husband David, of Palermo, Karen Perry, of Augusta, and Walter Snell Jr., of Albion.

CLEMENT A. BEAULIEU JR., 59, of West Gardiner, passed away on Monday, November 14, 2016, following a long, courageous battle with lung cancer. Locally, he is survived by a sister, Connie Dow and husband Rick, of Vassalboro.

CHRISTOPHER R. DELANO, 52, of Friendship, passed away on Tuesday, November 15, 2016. Locally, he is survived by a daughter, Jennifer Delano,, of Jefferson.

FRANCES B. SIMMONS, 88,, of Richmond, passed away on Friday, November 18, 2016, at Country Manor Nursing Home, in Coopers Mills. Locally, she is survived by a brother, Hilburn Bunker and wife Lenora, of Coopers Mills.