WINSLOW––Carl Allen, 69, of Winslow, died on Saturday, September 16, 2017, at the Gosnell Memorial Hospice House, Scarborough. He was born in Waterville on December 18, 1947, the son of Adrien and Florence (Therrien) Allen.

Carl graduated from Winslow High School, class of 1965. After high school he attended Thomas College until he entered the U.S. Army in November 1967, where he was a payroll clerk until his discharge in August 1970. Upon completion of his military service he returned to Thomas College where he completed his BS degree in business management, graduating in 1972.

Carl married Linda Fortier on August 12, 1972. Together in Winslow they raised three children. Carl was employed by Prudential Insurance and later began his career as a route salesman for Frito-Lay where he retired after 28 years.

Carl enjoyed coaching his children’s activities, little league, soccer, hockey and softball. He also enjoyed ice fishing and snowmobiling with his family on Great Pond. He was an avid Winslow football and hockey fan. He served on the Winslow School Board, was elected to the Winslow Town council and was a member of the Central Maine Soccer Association of Soccer Officials and the U.S. Soccer Federation of Soccer Officials for several years and enjoyed officiating at games all over the state of Maine. He was also a member of the Kennebec Water District Board of Trustees.

An on-line guestbook may be signed and condolences expressed at www.gallantfh.com.

Larry had a very large heart. He enjoyed driving, hunting, cooking and sharing his time, laughter, creative meals and baked goodies with family, especially the grandchildren, neighbors, friends and others in need. He loved caring for children and animals and they loved him. Even the “pretty Kitty’ with the white stripe that rubbed against his ankles early one morning hoping to be fed and he was.

Larry attended Erskine Academy until he decided it was not the place for him. He started his working life early, in the woods. He then drove a dump truck and operated heavy equipment for Doug Chadwick, Bill Haskell, and Marriners Paving. He enjoyed most of the people he worked with over the years. If he was not happy, he was generally very outspoken about it.

Larry was predeceased by his brothers, Randall A. French and Keith V. French; his father-in-law and mother-in-law, Richard K. and Iona M. Dunn.

A celebration of life service will be held on Sunday, October 8, 2017, at 2 p.m. at the Malcolm Glidden American Legion Post, 33 Veterans Way, Palermo. Cards and well wishes can be sent to his family at 66 Tobey Road, South China ME 04358. 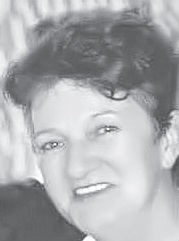 FAIRFIELD––Mary Lee Wakefield, 70, passed away at home on Monday, September 25, 2017, following a long and courageous battle with cancer. She was born to Joseph and Frances (Blackie) Leclair on March 1, 1947.

She was married to Kempton Wakefield Sr. for 34 years. Together they raised three children, Michael, Kempton Jr., and Rhonda Wakefield.

She attended Waterville schools, and went to work as a waitress at the Silent Woman and the Howard Johnson restaurants in her earlier years. She later worked at various mills such as the Wyandotte, Cascade, Carlton woolen mills and others. She finished her work career checking the meal cards of students, for Colby College dining services where she worked the last 15 years before retiring five years ago. She often said that her favorite part of her favorite job was interacting with the students on a daily basis.

Mary was a fiercely independent and tenacious woman with a strong work ethic, yet was always loving and caring. She was named Elks Club’s mother of the Year in 1987. She enjoyed various card games once obtaining a 28 cribbage hand during a tournament (which she won many of). She enjoyed going to casinos and playing bingo with friends. She also enjoyed going to lunch with her friends in the “out to lunch bunch” and had many special times with her niece and close friend Brenda Veilleux. Mary was known for her fiery, tell as she saw it attitude, and wry sense of humor that often had people chuckling several minutes or even hours later.

After making the difficult decision of entering into hospice care, she set one major goal and that was to meet her great-granddaughter, Isabella Rose Lyshon, which she did shortly after her birth in July.

Memorial donations may be made to MaineGeneral Hospice and HomeCare, PO Box 828, Waterville ME 04903

WINDSOR––Arthur B. Hendsbee, Jr., died on Wednesday, September 27, 2017, three days after his 95th birthday. Arthur was born in Albion on September 24, 1922, and worked on the family farm until he left to find his way in life in Connecticut.

He served during World War II in the Army Air Force and went on to work at Togus VA for 35 years as an EKG technician.

He and his wife, Laura, lived on Togus Pond, in Augusta, during their early years and formulated lifelong friendships with many of their neighbors.

Arthur enjoyed hunting and other activities including a garbage route and a wood delivery from the neighborhood lumber mill.

The family then purchased The White Owl Motel, in South China, which they operated for six years.

Arthur was a member of the Bethlehem Lodge of Augusta, a Shriner, member of the Whitefield Lions Club and a Past District Governor.

He and Laura enjoyed many trips to Lions conventions. Arthur continued to work as the maintenance supervisor for Windsor Fair and served on its board of directors.

He was noted for his extremely quick wit and passion for words. A voracious reader, he could rarely be stumped spelling or give a definition of any word. At family gatherings, he would delight in entertaining all present with his sometimes “off color” poetry. He had a special bond with his only daughter, Cecilia, and enjoyed many trips to Hollywood Slots and the Oxford Casino with his besties, Frank and Gordon.

Memorial donations can be made to Whitefield Lions Club, P.O. Box 52, Coopers Mills ME 04341.

WINDSOR––Louiselle A. Brochue, 74, of Brochu Lane, died Wednesday, September 27, 2017, at her home, following an extended illness. She was born in Thetford Mines, Province of Quebec, Canada, on January 1, 1943, the daughter of Arman Allaire and Jeannette (Dubois) Allaire.

Mrs Brochu was employed as an accountant for Brochu Foundations for many years. She was also a member of the Maine Harness Horseman Association. She was a devout member of St. Michael Parish, at St. Augustine Catholic Church.

Louiselle was a devoted mother and grandmother. She had a sweet disposition and was loved by all who knew her. She will be deeply missed by family and friends.

She was predeceased by two brothers Jacques Allaire and Jean Luc Allaire, as well as two brothers-in-law, Denis Isabelle and Robert (Bob) Castonguay.

Surviving is her husband of 55 years, Guy Joseph Brochu, of Windsor; a daughter, Linda N. Pepin and husband Jerry, of Windsor; two sons, Michael J. Brochu and wife Wendy, of Manchester and Gocelyn (Joey) Brochu and his significant other Laurie Tondreau, of North Augusta; a former son-in-law Richard St. Amand Jr., of Vassalboro, and his daughter Heather Cormier, of Auburn; four grandchildren Chelsea Brochu, of Raleigh, North Carolina, Lucas Brochu and his significant other Ashley Chapman, of Sidney, Lyndsey Marshall and husband Michael, of Windsor, and Cameron Brochu, of Manchester; and two great-grandchildren Lousielle (L.J.) Marshall and Landon Marshall.

Friends may visit from 8:30–10:30 a.m. on Saturday, October 30th at Plummer Funeral Home, 16 Pleasant St., Augusta. A Mass of Christian Burial will be celebrated at 11 a.m. at St. Augustine Catholic Church, Augusta. A private burial will be in Holy Family Cemetery, Augusta.

Condolences, photos and memories may be shared at www.plummerfh.com.

Arthur attended local schools and was employed with Bilodeau Motors until his retirement.

Arthur was an avid automobile mechanic. He enjoyed spending his spare time repairing and restoring vehicles, including a rare German Microcar.

He was a selfless man, devoting his life to the care of all those around him. Going out of his way to help the people he loved most, putting their needs above his own. He was always quick to make a joke or a witty response just to make someone laugh and smile.

Arthur served his country as a fireman with the United States Navy. He was honorably discharged in June of 1970.

Memorial condolences, photos and videos may be shared with the family on the obituary page of the website www.khrfuneralhomes.com.

JANICE A. FEENEY, 77, of Augusta, passed away on Wednesday, September 26, 2017, at MaineGeneral Medical Center, in Augusta, following an extended illness. Locally, she is survived by a son Thomas Feeney and companion Valerie Giusani, of Whitefield; sister Shirley Michaud, of Windsor.

GERALD A. GORNEAU, 64, of Waterville, passed away on Saturday, September 23, 2017, at Oak Grove Center, in Waterville, following a brief illness. Locally, he is survived by siblings Michael Gorneau and wife Theresa, of North Vassalboro, Julianna Lyon, and Geraldine Sidmore (his twin), all of Waterville, and Louise Pooler and husband Michael, of Belgrade.