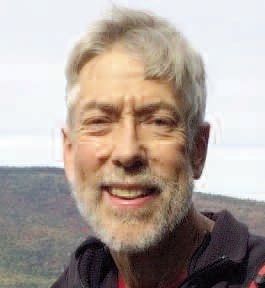 Phil grew up in Maple Shade, New Jersey, attended Moorestown Friends School (New Jersey) and graduated from Westtown School (Westtown, Pennsylvania) in 1963. Phil then graduated from Union College with a bachelor of science degree in 1967, and earned a master’s degree in chemistry from Purdue University in 1969. Later, in 1982, Phil earned a Doctorate of Public Health from the University of North Carolina.

While working in a chemistry lab at Yale University, Phil met Susan Pitcher, and they married in New Haven in 1970. Phil and Sue moved together to Vassalboro in 1972, buying the home on Bog Road where they raised a family, tended a large vegetable garden, and enjoyed the woods on foot and on crosscountry skis.

Phil was a kind, caring, dedicated leader in the workplace who strove to ensure that his colleagues and associates received the support and recognition they deserved. He worked tirelessly in support of public health across Maine. He was employed by the Maine Bureau of Health in 1972 as a chemist in the Laboratory of Public Health, then promoted to assistant director after earning his doctorate degree, and eventually to Director of the Laboratory of Public Health. He was later promoted to Deputy Director of the Bureau of Public Health and served as acting director for the bureau for periods of time. Dr. Dora Mills, director of the Bureau of Health and a colleague of Phil’s for a number of years remarked that “Dr. Haines was an authentic, thoughtful leader who was dedicated to ensuring everyone received the support they needed to succeed. He worked tirelessly for public health in Maine, including these last few months to protect public health nursing. He also was gifted with a wonderful and contagious smile and laughter that cheered everyone around him.”

Throughout his life, Phil was devoted to both family and community. He energetically supported community and town functions, serving in numerous capacities throughout his life in Maine including: 16 years on the Vassalboro Board of Selectmen, many years on the budget committee and sanitation district trustees; more than 30 years as fireman and as treasurer of the Vassalboro Fire Department; treasurer of the Vassalboro Friends Meeting, Webber Pond Association and Tilton Lane Association; and ten years on Delta Ambulance Board of Directors (including time as President).

Another of Phil’s passions was enjoyment of the outdoors with loved ones. This began with childhood trips to Maine, hiking, canoeing and sailing. Later, Phil and Sue enjoyed introducing these activities to their children, exploring the forest behind their home as well as woods, streams, and mountains across Maine and elsewhere. Particular highlights included numerous trips paddling down the Allagash River, hiking up Mt. Katahdin, camping at Acadia National Park, and sailing on Webber Pond and Penobscot Bay.

A memorial service will be held Saturday, September 30, 2017 from 1 – 2 p.m., at the Vassalboro Community School, under the care of the Vassalboro Friends Meeting. A reception will follow.