The great trumpeter Harry James (1916-1983) had already considerable experience performing, when he was hired by Benny Goodman at the very young age of 20, and his mostly extroverted playing of both highly virtuosic and 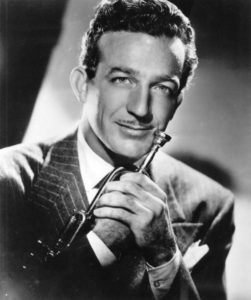 wide-ranging musical dimension reinforced the previously surging appeal of the BG band. He enjoyed working with Goodman, stayed almost three years, even when other key players such as Gene Krupa were leaving to start their own bands and, a year after, left, with Benny’s blessing and some financial backing, to find his own group.

The band was a smashing success until just after World War II, when the young audiences became more singer-oriented while the death knell sounded for so many of the top bands.

However, during its heyday, James made a large number of fine 78s with singers Frank Sinatra, Connie Haynes, Dick Haymes, Helen Forrest, etc. The 1945 record features two very good vocalists who came towards the end of the war. Kitty Kallen, who died this past January at 94, sings, very nicely, the otherwise average I Wish I Knew while Buddy Di Vito does a superb The More I See You – I have been a big admirer of Kallen for years and own numerous recordings but am not at all familiar with Di Vito. The strings added wonderfully to James’s records despite the endless carping of jazz purists.

Finally, he was quite famous for his 22 year marriage to actress Betty Grable. 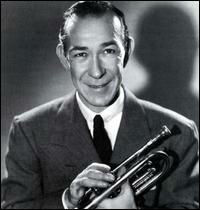 Spanier (1901-1966) was noted for his mastery of the cornet as well as the trumpet. He assembled a half dozen of the finest instrumentalists then alive, including clarinettist Pee Wee Russell, trombonist Miff Mole, guitarist Eddie Condon, pianist Dick Cary and two others, to cut these two roaring examples of Dixieland at its best, the A side Snag It being an original composition by King Oliver, one of Dixieland’s founding fathers.