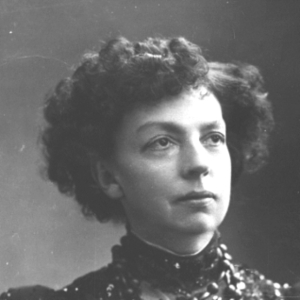 The old, very brittle 78s continue to give the greatest pleasure with their noisy surfaces, brief three to five minute playing sides and vivid sense of history, unmatched by LPs, CDs, and streaming. As so many people are still throwing boxes of them into dumpsters, they do call me and make offers I just can’t refuse.

Here are a few such documents of working musicians who once walked the earth and shared their art with others:

French composer/pianist Cecile Louise Chaminade (1857-1944) achieved fame as a composer for her very tuneful music and keyboard prowess during the era when women were still looked down upon or condescended to. The composer of Carmen, Georges Bizet (1837-1875) examined some of Chaminade’s pieces when she was only eight years old and predicted that her talent would take her far.

Despite early encouragement and progress, she experienced wrath from her father who disapproved of her musical studies.

Chaminade performed her music to acclaim in her own country, Great Britain and the U.S. and recorded several piano rolls which can be heard on youtube. Inevitably, as she grew older, she composed fewer pieces and died in relative obscurity in Monte Carlo at the age of 87, although financially she was set for life.

In 1913, she was awarded the Legion d’Honneur, a prize set up by Napoleon Bonaparte in 1802 for outstanding accomplishments and was the first female composer thus honored.

I have written before about violinist Fritz Kreisler (1875-1963) who recorded a quite elegant performance more than 100 years ago of Chaminade’s Serenade Espagnole (Spanish Serenade), a piece just under three minutes long with a charming melody. He was accompanied by his pianist of many years, Carl Lamson (1878-1966).

Asleep in the Deep; In a Hundred Fathoms Deep
Columbia, A986, ten-inch acoustic disc, recorded September, 1911.

The online 78 discography research link had the recording date for this shellac but no information on bass singer William H. Macdonald. The two songs, Asleep and A Hundred Fathoms Deep were frequently sung and recorded 100 years ago but are rarely heard today. They refer to what every ocean explorer knows as Davy Jones’ locker and are very stirring ballads that were expressively sung.

Basile Kabalchich’s Russian Symphonic Choir was an ensemble of six sopranos, four contraltos, four tenors and five basses who recorded a batch of 78s for Victor between 1926 and 1927 of folk songs and orthodox church music from Eastern Europe and the former Soviet Union, its studio venue being a converted church in Camden, New Jersey. These performances were very spirited to a feisty, fierce level and contributed to a jewel of a record.

Billy May and his Orchestra 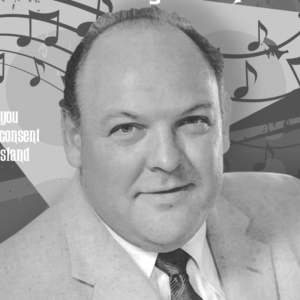 Jazz/pop arranger and conductor Billy May (1916-2004) collaborated with Frank Sinatra on several of his classic albums for Capitol and Reprise and was one of the singer’s three principal arrangers, the other two being Gordon Jenkins and Nelson Riddle. His utilization of smoky brass and sultry rhythms gave such Sinatra LPs as Come Fly With Me a legendary durability that still attracts listeners .

Billy Mays was known for imbibing one or more bottles of booze during recording sessions with Sinatra and a number of other singers from the Great American Songbook years, including Nat King Cole, Peggy Lee, Nancy Wilson, Bing Crosby, Rosemary Clooney, etc. He also worked with the man of a 1,000 cartoon voices, Mel Blanc and comedian Stan Freeberg. Highly recommended is the YouTube of a 1951 featurette of Mays and Blanc for Capitol records about the process by which records are manufactured. 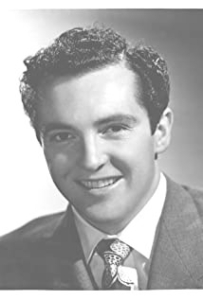 Actor/singer David Street (1917-1971) achieved some renown on radio, and records and in a few films during the 1940s yet nothing stuck. Until I discovered this record in one of my 78 boxes yesterday and got curious, his name was new to me.

Three names on the record intrigued me- Street’s arranger Frank De Vol who conducted numerous records for Doris Day and some good pop orchestra LPs for Capitol and Columbia; and the gifted songwriters Jimmy McHugh (I Don’t Care Who Knows) and Walter Donaldson (Nevada).

Street had a solid voice in the romantic crooner tradition of Crosby, Sinatra and Como, yet unlike them, not a particularly distinguished one. Still the record is a nice one in the vintage pop category.