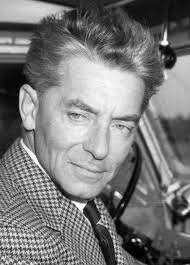 Herbert von Karajan’s 114th birthday anniversary is April 5. He may have been arguably the most powerful conductor to emerge in the entire world of classical music after World War II, around 1947, following de-Nazification proceedings (in order to work during the Hitler years, he had to join the Nazi party, like several million others, but he was not a war criminal and did have a Jewish wife whom he kept protected).

In the immediate aftermath of World War II and living in a very low profile manner (and from hand to mouth) in a shabby apartment in Vienna while it was still occupied by the Russians, an Englishman came visiting with bottles of brandy and several rolls of sausage. He was Walter Legge and he was in charge of recording at EMI in London. BTW, if Legge had been caught by the Russians with the brandy and sausages, he would have been thrown in prison several years for smuggling, if not shot. 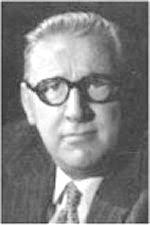 Legge had created the world-renowned Philharmonia Orchestra primarily for studio recording and had recruited the finest musicians for its ranks. He also had a hard and fast rule in which each musician had to re-audition each year to maintain the Orchestra’s incomparable standard, unlike other major orchestras in which its members could rest a bit more comfortably on their backsides.

Legge had already hired such brilliant conductors as Walter Susskind, Alceo Galliera , Paul Kletzki, Rafael Kubelik and a few others as drillmasters but he wanted a more permanent music director. Karajan had already recorded several extraordinary 78 sets with orchestras in Ger­many, Holland, Italy and Vienna for such labels as Polydor and Columbia (Highly recommended are the Polydor recordings of Beethoven’s 7th, Brahms 1st, Dvorak’s New World and the Tchaikovsky Pathetique Symphonies, each of which Karajan left at least five different recordings. The Polydors were released in a CD set by Deutsche Grammophon a few years ago and are frequently available via the internet sources or accessible on youtube. ).

Until 1955, Karajan recorded a pile of distinguished recordings with the Philharmonia Orchestra and was Music Director during most of the 50s of the La Scala Opera House in Milan, Italy.

Karajan unfortunately aroused the enmity of Germany’s then more powerful conductor Wilhelm Furtwangler (1886-1954) who was also an interpretive genius on a different, possibly more sublime level. And Furtwangler reigned supreme as the music director of the Berlin Philharmonic. The older conductor did everything he could to make Karajan’s life difficult in blocking the younger man’s ability to work. The two had one huge personality conflict.

However, after Furtwangler’s death in 1954, the story is related that that orchestra was feeling demoralized, its management appointed Karajan, he came to the first rehearsal and he stated to the players that, “We will play great music as we always did in the past.”

Karajan also made millions of dollars for the orchestra and himself over the next 30 years through the recordings and videos, few of which have gone out of print.

Out of the many Karajan recordings on my shelves, I recommend the 1982 live Mahler 9th Symphony, the 1961 Puccini Tosca with Leontyne Price, the mid ‘60s Mascagni Cavalleria Rusticana and Leoncovallo Pagliacci, any one of his Beethoven Symphony cycles and his gripping performance of the Sibelius 4th Symphony.